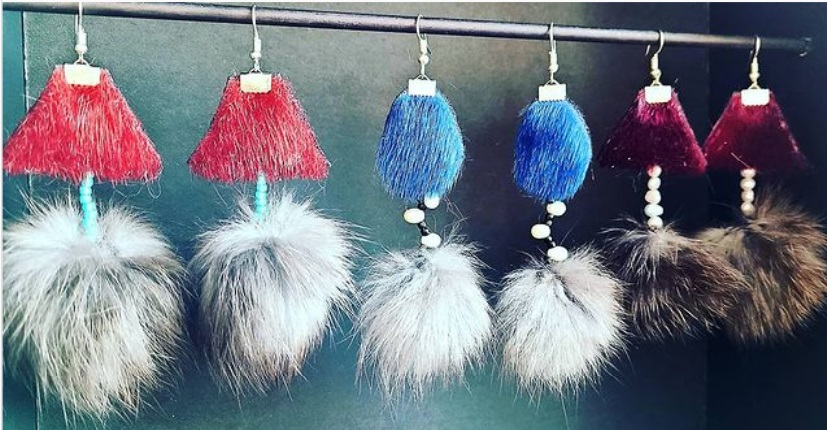 Vanessa Brousseau’s Etsy shop Resilient Inuk’s Creations features earrings and other jewellery made of sealskin and beads. The online marketplace says it prohibits the sale of endangered wildlife. (Image courtesy of Resilient Inuk/Instagram) 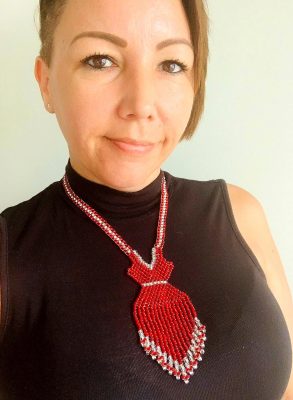 An Inuk jeweller is calling for changes to the policies of a popular online marketplace, saying they discriminate against Indigenous people.

Drawing on her mixed Inuk and Ojibwa heritage, Brousseau blends sealskin with beadwork to create colourful earrings and bracelets.

She’s been posting her work to social media for a few years.

“People liked it,” she said. “So I started making it for others.”

As demand for her work has continued to grow, Brousseau set up a sales page on Etsy, an online marketplace of artisans from around the world.

“We may remove animal products at our discretion based on an item’s presentation or if we receive notice that it may be in violation of the law.”

The Arctic ringed seal falls under the threatened category, according to U.S. law. Canadian law does not list any populations of ringed seal as threatened or endangered.

Brousseau said she has explained to the company that she’s an Indigenous artist who works with sealskin that’s ethically and legally harvested by Inuit, so her works should be exempt from the policy.

“Every day, I get an email and then [Etsy] removes two or three items,” she said.

“And then I ask for a refund because I don’t want to pay for those services. And they’ve been threatening to suspend the shop.”

Brousseau pays a five per cent transaction fee for every sale and 25 cents up front per listing.

Etsy did not respond to Nunatsiaq News’ request for comment.

While Brousseau started off working with collected scraps of sealskin she received from elders, she now purchases treated skins she buys through Gaston Henry Furs, a Quebec-based company that buys from harvesters in Nunavik.

“It’s important to me to know where my sealskin comes from,” said Brousseau.

Brousseau’s conflict with Etsy isn’t unique. Inuit harvesters and artists have encountered problems selling animal products through other social media platforms before. In 2018, some Nunavummiut artisans complained to Facebook for removing posts of their sealskin crafts on a sell-and swap page.

Facebook has a policy similar to Etsy’s prohibiting the sale of endangered wildlife. In 2019, Facebook acknowledged that Indigenous people “have unique needs when pursuing their traditional livelihoods across our platforms” and pledged to update the site’s commerce policies.

But she said it was important for her to ensure companies like Etsy understand what harvesting means in Indigenous communities.

“It’s not just about me, it’s about all other Inuit who make things and are trying to make a life for themselves,” Brousseau said.