Shining a little light on the Mary River process 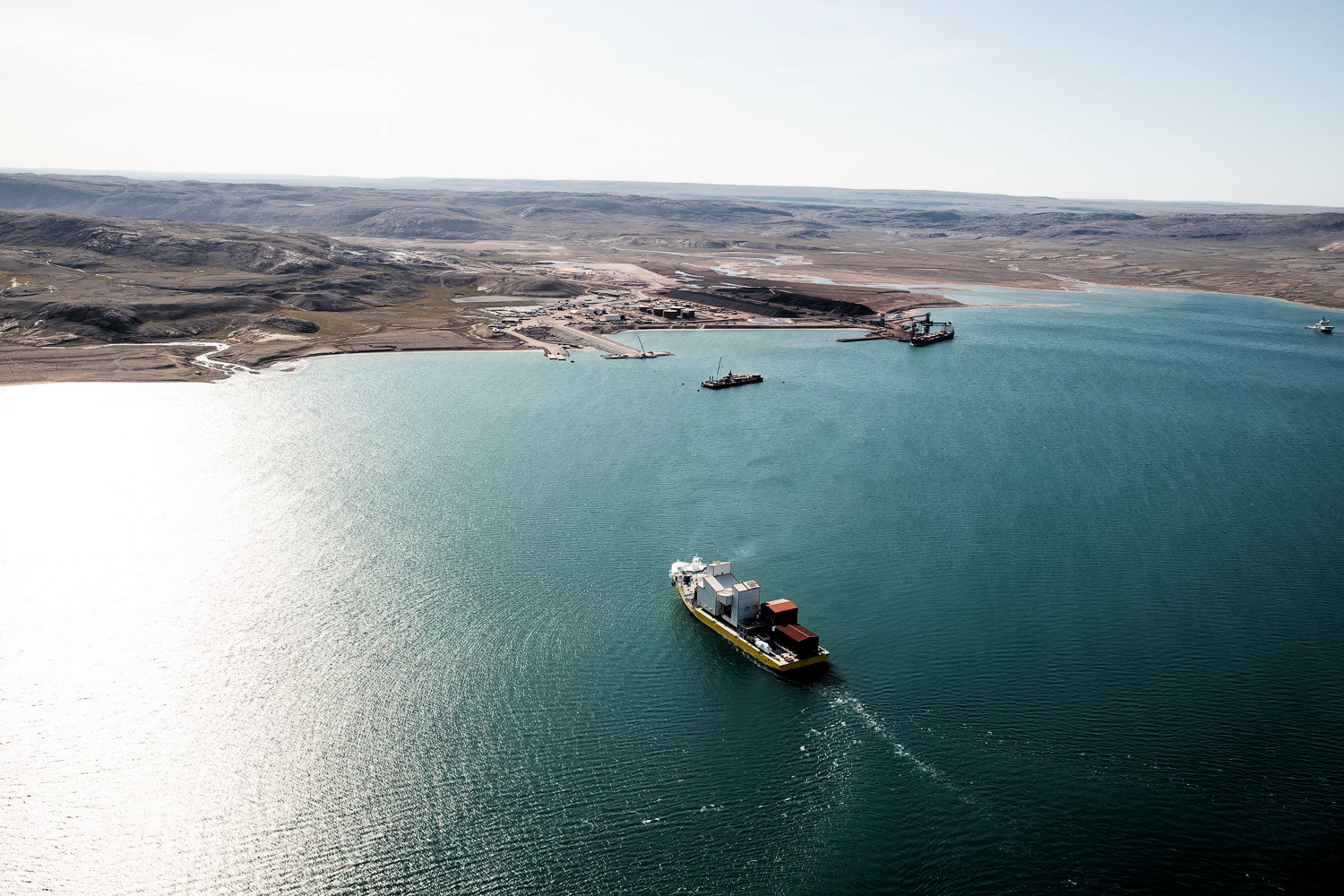 A German vessel called the Biglift Barentsz approaches Baffinland’s port at Milne Inlet this past August, carrying big prefabricated buildings for use in the company’s railway-based phase two expansion, which is not yet permitted by regulators. The N.W.T.-Nunavut Chamber of Mines says it is not uncommon to pre-position equipment at or near a project site in advance of receiving required permits. (Photo © Thyssenkrupp Industrial Solutions)

By Ken Armstrong
President of the NWT-Nunavut Chamber of Mines

The current impasse that phase two of the Mary River project finds itself in is of great interest and also concern to investors and industry watchers. We’d like to shine some light on three aspects of this process.

First, there has been recent criticism of Baffinland Iron Mines Corp. for positioning several buildings and construction materials, needed for the phase two railway expansion, before approvals for the railway are in place.

Operating in the North is challenging, with remote projects relying on limited transportation infrastructure and seasonal shipping windows.

For northern resource projects, it is not uncommon to pre-position equipment at or near a project site in advance of receiving required permits.

Pre-positioning equipment is permitted by regulatory authorities and land owners, and this practice should not be considered as presumptive, but rather as an additional project risk, borne by the proponent.

The company is not assuming the permit is a slam dunk. Rather, they are being optimistic in the future of their project, that their stakeholder engagement has been effective and sufficient, and that their resultant submissions to regulatory agencies are reasonably complete.

The proponent is also displaying confidence in the regulatory process and its embedded timelines for holding hearings, making decisions and granting permits.

In effect, the proponent is weighing the risk and cost associated with shipping and storing equipment it is unable to use until permits are in place, versus being granted permits, but being unable to proceed because necessary equipment is not available.

Second, the Nunavut regulatory process has many layers, checks and balances that ensure a proponent cannot say one thing, then do another.

It is up to proponents to present their aspirations for a planned project in a transparent and balanced way, to all stakeholders.

But it is not at all unusual for companies to present plans for upcoming drilling programs, or mine developments, prior to permits being in place.

Mining development in the North is a slow process. Investors can accept this, if the potential upside makes up for the risk.

Many of our members operate exploration and development projects in Nunavut. When they are speaking with investors in Canada and elsewhere in the world, not only are they promoting their project, but they are also promoting Nunavut as a jurisdiction in which mines can be successfully and responsibly developed.

Jurisdictions with a reputation for a transparent and rules-based regulatory process, in which profitable mining operations have been constructed, will typically see the inflow of more investment dollars.

Last, some of our chamber members have been hearing of an emerging sentiment that another company will step in to operate Mary River should Baffinland be forced to abandon the project.

This sentiment is misguided. Setting aside questions related to the logistics and timelines involved with a new company positioning itself to take over a project, the fact is that if a mine is not profitable for Company No. 1, the economics likely won’t change and the mine will also be uneconomic for Company No. 2.

Furthermore, the world of mine finance is highly interconnected and the chances are that Company No. 2 would end up approaching the same investors that lost money investing in Company No. 1.

Once a deposit has a reputation as being a money loser, finding new investment can be very difficult.

For everyone’s sake, we are hopeful that the impasse we are currently seeing will be overcome in short order by the landowner and the company, and supported by the regulatory system.

We suggest that the success of this project to both is well worth the effort.