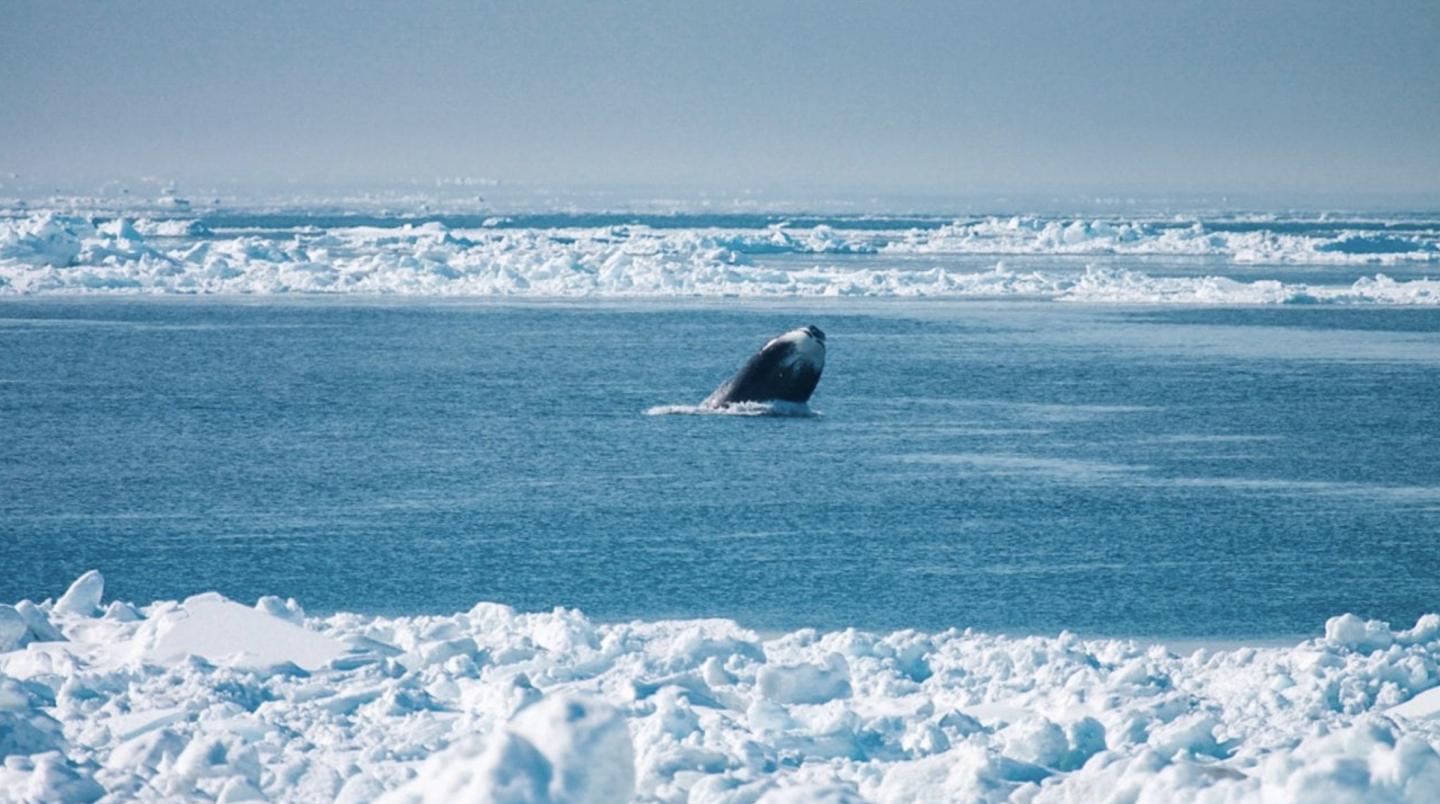 An increase in ships passing through Tallurutiup Imanga — a national marine conservation area at the north end of Baffin Island — is causing underwater noise to reach a level that could affect marine mammals’ hearing and behaviour, new research suggests.

The study, led by Ottawa-based researcher Zuzanna Kochanowicz, looked at the potential impacts of underwater ship noise on narwhal, beluga and bowhead whales, and found Eclipse Sound and Milne Inlet could be the noisiest for marine mammals.

Inuit knowledge was combined with western science and noise modelling — estimates based on ships passing through certain areas — to get the results, which were published May 8 in the journal Marine Policy in an article titled “Using western science and Inuit knowledge to model ship-source noise exposure for cetaceans (marine mammals) in Tallurutiup Imanga (Lancaster Sound), Nunavut, Canada.”

Inuit contributed to the research in many areas, including identifying the areas where marine mammals live.

“It’s not something you would just get from satellite imagery,” said Kochanowicz, who led the research while getting a master’s degree at the University of Ottawa. “They’ve known these populations for so many years.”

Kochanowicz said the findings weren’t exactly surprising, given the proximity of Baffinland’s Mary River mine and its port at Milne Inlet. 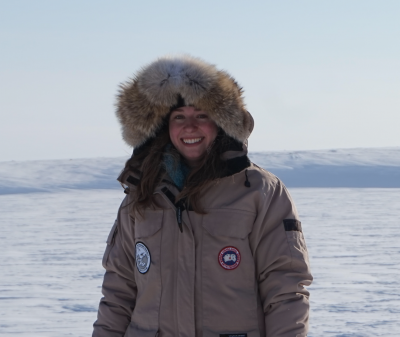 “We knew there would be high traffic and high potential impacts for noise pollution, near the mine,” she said.

Noise from shipping traffic may end up scaring away marine animals to other areas, she said, “which means the communities and the Inuit who are hunting won’t be able to find them in the same areas they usually do.”

“They might not notice the predators around them,” Kochanowicz said.

He used narwhal trying to communicate with each other as an example. “The closer the ship is to that marine mammal, the more masking occurs, the harder it is for them to hear each other.”

This could make them more vulnerable to prey, or make it harder for animals to communicate with their young.

Halliday said other research done in the 1980s shows narwhal and belugas can hear an icebreaker up to 50 kilometres away, but animals react differently depending on the circumstances.

Belugas tend to run away from the noise, while narwhals seem to go quiet and stay still, as if a predator is nearby, Halliday said.

Bowhead whales, on the other hand, seem to ignore the noise when they’re too busy foraging for food.

Another concern is that marine mammals may end up suffering hearing damage — although it is very unlikely, since many ships would have to pass over the animals in a short period of time without the mammals moving away from them, Halliday explained.

“A single ship passing by probably isn’t going to cause hearing damage,” he said. “But if there are lots of ships passing by repeatedly, that could,” he said.

Most research on hearing loss in marine mammals has been done on whales in captivity since it’s hard to test a whale’s hearing in the wild.

Icebreakers are the loudest ships in the world, Halliday said, followed by merchant vessels like the ones hauling iron ore from the Baffinland mine — which ships out multiple times daily.

To imagine what the noise sounds like, Halliday said you can compare a ship coming towards an animal passing overhead to being at a rock concert.

“If you’ve ever been to a rock concert and your ears are ringing for the next day after going, that could be comparable to a single ship passing by.”

It’s not quite clear what impact ship noise will have on marine mammals in the long term since most studies look at the short-term effects, Halliday explained.

One of the worries is that over time, marine mammals won’t return to their regular spots if they’re continually scared away by ships. On the other hand, they might get used to the noise, he said.

Even if they get used to the noise, there could be possible health impacts caused by increased stress, such as lower reproduction rates.

Research shows increased shipping noise is already stressing out narwhal in Eclipse Sound, where the largest population of narwhals lives near the Mary River mine.

One way to reduce noise is for ships to slow down, Halliday said. Otherwise, there is ongoing research into quieter boat designs, and another solution may be designating certain quiet areas where ships can’t go.

Jackie Dawson, one of the study’s co-authors, said she often heard concerns about ship noise from Inuit while consulting with communities for research on shipping routes in the Arctic.

The number of ships passing through Canada’s Arctic has nearly tripled since the 1990s, according to Dawson’s report.

This is partly because global warming and melting sea ice are resulting in more open waters and longer shipping seasons, she said.

A report by the Arctic Council’s working group on marine environment protection showed a 25 per cent increase in ship visits across the Arctic between 2013 and 2019.

Correction: This article has been altered from a previous version to correct the name of the journal in which the research was published and to clarify some of the aspects of the research.