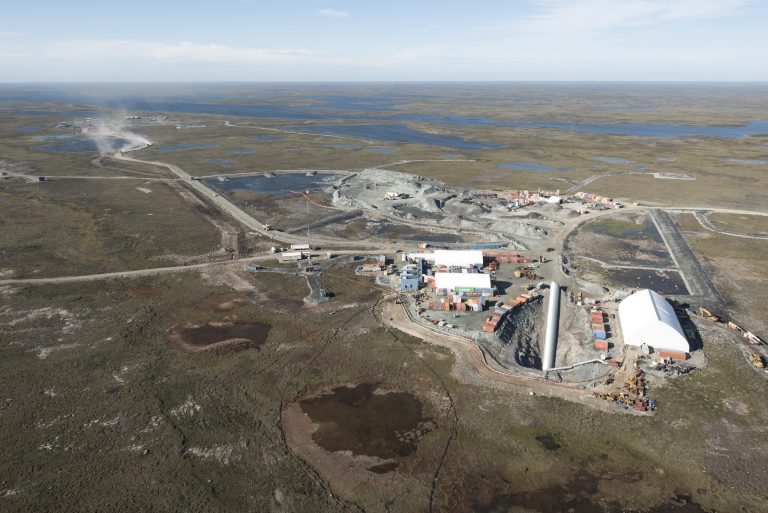 One possible picture of the future of mining in Nunavut was presented to Inuit leaders during last week’s Nunavut Mining Symposium.

“Has there been any plans, or thought, or discussions in place for Inuit to be shareholders to these big [mining] companies,” asked an audience member during the Listen to our Leaders forum on May 10.

Inuit organizations becoming shareholders of a company would mean those organizations would have gain part ownership of that company. If an Inuit association were to procure a sizeable amount of shares, it could potentially have the ability to influence decision making in that company.

In response to the question, the leaders for Nunavut’s three regional Inuit associations were generally receptive to the idea.

Kivalliq Inuit Association president Kono Tattuinee said his association having a stake in mining companies would mean Inuit in the region are “more than just a partner,” although it’s an idea for further down the road.

Stanley Anablak, the president of the Kitikmeot Inuit Association, agreed that Inuit associations are slowly moving in the direction of becoming part owners of industry, such as mining companies.

Olayuk Akesuk, president of the Qikiqtani Inuit Association said if regional Inuit associations do want shares of a mining company, an agreement should be established when negotiations for an Inuit impact benefit agreement with a company starts.

He added that communities impacted by mining should be included in those negotiations.

In an interview after the event, Akesuk elaborated on his thoughts.

“It’s a good question on how we deal with mining companies,” he said.

He also said more research is needed to determine if it is the best way to deal with companies when they want to mine on Inuit land.

There are examples of First Nations buying into mining and energy projects in Canada. In 2020, a group of five First Nations in Alberta and Saskatchewan purchased a $1.1-billion stake in the Keystone XL pipeline expansion, which totalled 12 per cent of the project. The cross-border pipeline expansion project was ultimately axed by U.S. President Joe Biden in 2021.

Akesuk pointed out that being a shareholder of a mining company does not guarantee financial success.

Agnico Eagle Mines Ltd., which runs the Meliadine and Meadowbank gold mines in the Kivalliq restion, is a publicly traded company, so its shares are available for purchase, pointed out Martin Plante, the company’s vice-president of Nunavut operations.

“One thing we’ve seen in the past is that we need to think outside the box and who knows where the future will bring us,” he said about the idea.