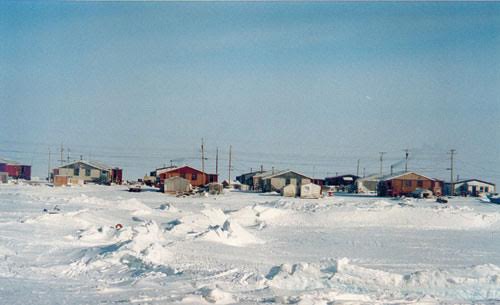 A significant amount of renewable energy could potentially come to Coral Harbour in the future.

Kivalliq Alternative Energy Ltd. gave a revised proposal on Aug. 12 for Coral Harbour to be the location for a solar energy generation and storage project. The proposal has been posted to the Nunavut Impact Review Board’s project registry.

The project includes a nearly one-megawatt power system with a one-megawatt-hour battery. Combined, this solar energy system could provide up to 31 per cent of the Coral Harbour’s energy needs, Kivalliq Alternative Energy states.

The solar energy would be part of a micro-grid that remotely connects with the hamlet’s utility, Qulliq Energy Corporation.

To date, feasibility work has been done, including selecting a project site, surveying the site, developing a solar project design and creating a budget. The project site is approximately 10 kilometres northwest of Coral Harbour.

The company plans to spend the next two years getting a land lease, technical assessment of the site, procuring supplies and studying how to connect the project with the utility.

Kivalliq Alternative Energy says it is also awaiting the release of QEC’s independent power producer policy, which is required for a non-utility owned energy project to be constructed.

Construction is expected to start by 2024. Project manager Dana May said it is estimated to cost between $10 million and $12 million.

This project was created in partnership with the Coral Harbour Community Energy Plan, with the goal of reducing carbon emissions in the community.

Kivalliq Alternative Energy has received funding for the development stage, up until 2024, but is still seeking funding for construction.

The opportunity to comment on the project through the Nunavut Impact Review Board closes on Sept. 19.