Sports bar will return, but Chinese restaurant not part of the plan 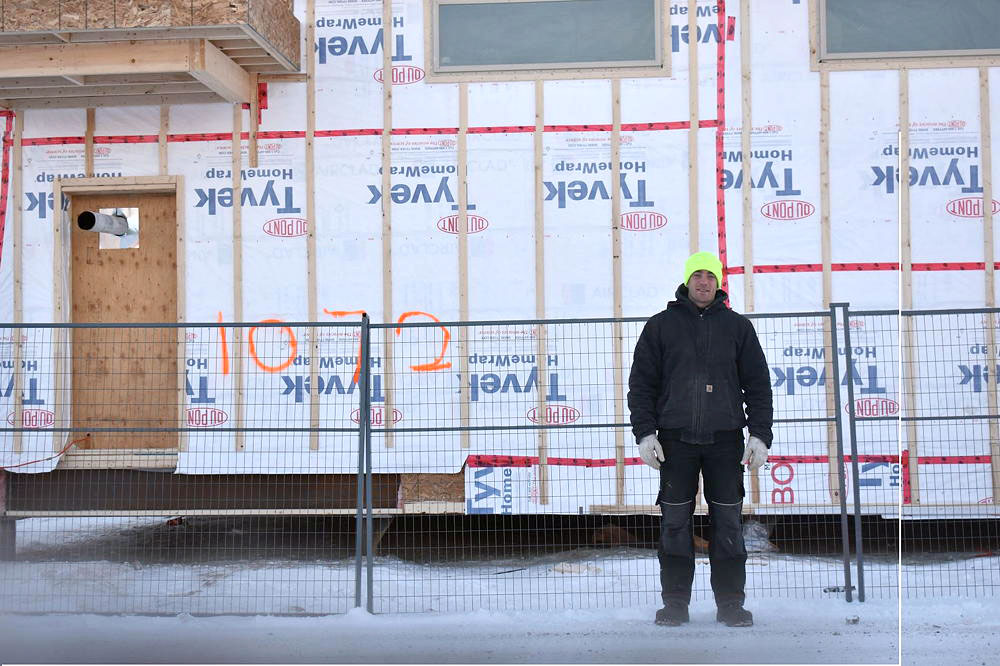 The successor to the Navigator Inn’s bar is under construction beside Iqaluit’s beer and wine store. The new building will be known as the Chartroom, just like its predecessor, and is planned to be a 77-seat sports bar with a food preparation area, and staff housing upstairs. (PHOTO BY COURTNEY EDGAR)

Construction is underway for the successor to Iqaluit’s old Navigator Inn bar, and the owner, Milan Mrdjenovich, says it should be open around mid-February.

The new building bears the same name as the old bar at the Navigator Inn: the Chartroom lounge. It’s now under construction on a lot beside the Iqaluit beer and wine store.

Mrdjenovich said construction started just a couple of weeks ago and is “flying along, that’s for sure.”

With only seven workers including himself, they have already built the structure and started laying down the side panelling outside on days when it’s not too cold.

On Monday, they covered about one-quarter of one of the building’s sides with panelling in just an hour. On Tuesday, it was too cold to get machinery to start, so instead they focused on spray-foaming the interior for insulation.

The sports bar will seat 77 people, while the last Navigator bar had 72 seats. But the new bar will be about twice the area of the old location.

The bar will sell many of the same drinks as at the old location but there will also be NuBrew beer on draft.

The bar has high ceilings and will have five television screens. Mrdjenovich plans to decorate the main interior wall with a large mural or skin that’s representative of Iqaluit.

The old Navigator Inn was well-known as Iqaluit’s only purveyor of Chinese food. So far, Mrdjenovich said, the rumours are not true: the return of Chinese food to Iqaluit is not part of his plans.

But while the last Navigator bar did not serve food, the new bar will contain a food preparation area, Mrdjenovich said.

They are even exploring the idea of creating “a full-fledged kitchen.”

The menu has not yet been planned.

However, he would like the karaoke nights to continue.

The building will also include four studio apartments for staff on the second floor.

According to the liquor licensing board, the owner of the Navigator, Nova Group, has not yet re-applied for a liquor licence.

Meanwhile, Northview Apartment REIT, the property management company that was leasing the old Navigator building, confirmed on Dec. 3 that it has submitted an application to demolish the landmark building, which dates to 1970s.

“The property has reached the end of its useful life and until recently the Navigator Lounge was the only occupant of the facility. While [we] have not yet finalized our development plans, due to safety reasons, we feel it prudent to proceed with demolition, slated to be completed by the end of December,” said Linay Freda, Northview’s regional vice-president.

Mrdjenovich said he has other construction projects on the go around Iqaluit, including a 24-unit apartment building you can see from the new bar.

He said he might re-evaluate after the holidays, pull his construction workers from the other projects and “blitz” the construction of the new Navigator bar to open it sooner.