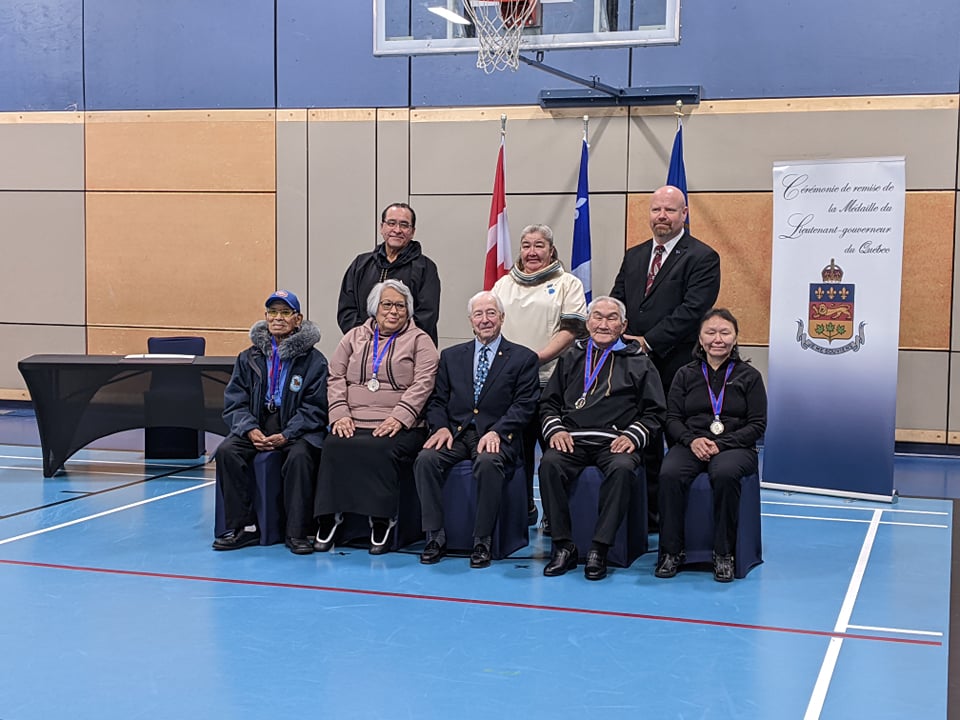 For her, receiving the First Peoples Medal is about setting a positive example for her community.

“I was very surprised and humbled to receive the call that I was receiving the First Peoples Award,” Aitchison wrote in an email to Nunatsiaq News.

“I am accepting it in honour and memory of our ancestors who persevered and triumphed through much hardship for us to enjoy the life we have today.”

Aitchison was one of four Nunavimmiut to receive the First Peoples Medal this year. The award is presented twice annually, once to Inuit and once to First Nations. 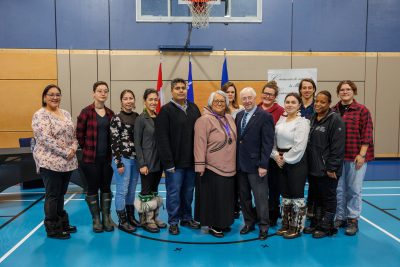 Mary Gordon Aitchison, centre and wearing medal, stands to the left of Quebec Lt.-Gov.J. Michel Doyon at the First Peoples Medal award ceremony in Kuujjuaq on Friday. The pair are flanked by several Isuarsivik colleagues. (Photo courtesy of Samuel Lagacé)

Doyon and Ian Lafrenière, Quebec’s minister responsible for relations with First Nations and Inuit, travelled to Kuujjuaq on Friday to present the honours.

“This distinction marks the unique contribution made by these people dedicated to the well-being of their community,” Doyon said, in a French news release following the award ceremony.

“This medal reflects our society’s feeling of pride for their constant efforts in maintaining the values ​​that express both the present and the future of the First Peoples.”

After the ceremony, the visiting dignitaries toured the new Isuarsivik building. Last week, the centre’s employees officially started work there after saying goodbye to their old building the week before.

In receiving the award, Aitchison wanted to share a message of optimism she has for her community and Nunavik as a whole.

“I have a lot of hope when I see how many younger generations are making good life choices and are taking on leadership roles within Isuarsivik and elsewhere,” she said.

“I hope to continue to share with our youth the message that we are created as beautiful people with a strong sense of history, and that our own language is shaped by our cultural values, perspectives, and world views.

“I hope and believe we must continue to work hard for ourselves, our families, and our community in order to build our individual and collective cultural identity.” 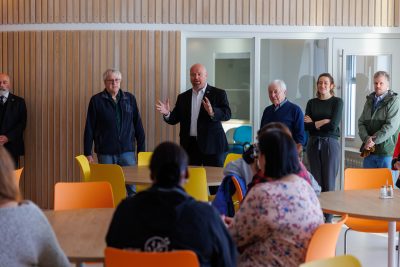