Survey reveals just how hidden homelessness can be in Nunavut 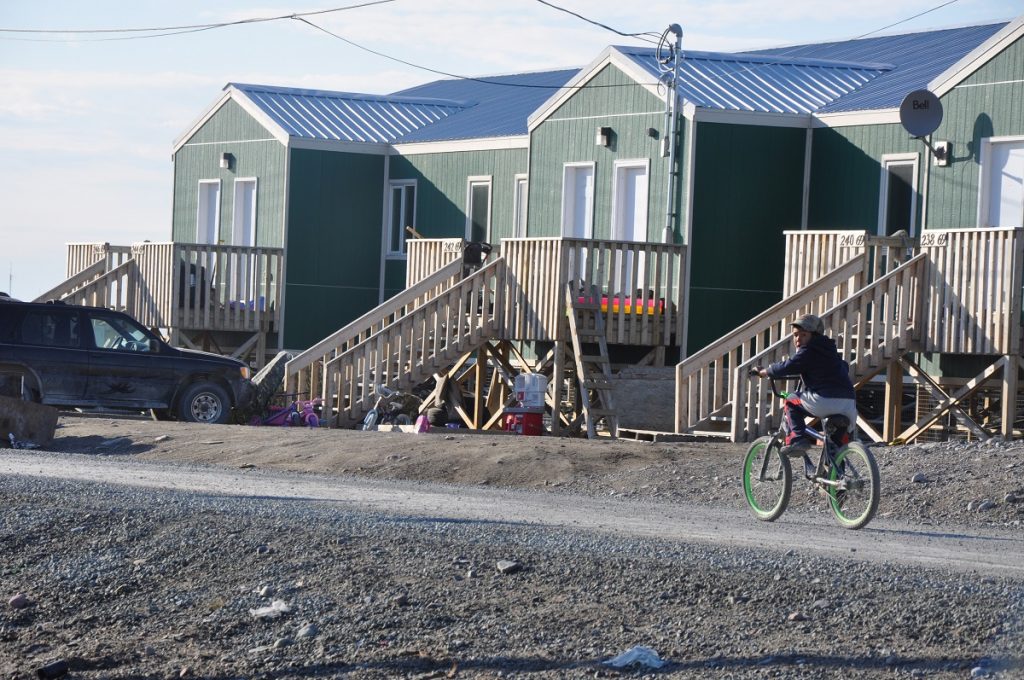 A new report on hidden homelessness in Nunavut highlights the critical need for respite: places where people can go for short periods of time to escape the stresses created by overcrowding and homelessness. (File photo)

A newly released report tries to put a number on how many Nunavummiut struggle with homelessness, while explaining the complexities of securing a place to live in the territory.

The Nunavut Hidden Homelessness Survey was conducted by the Government of Nunavut’s Department of Family Services in 2018. The results were tabled in the legislative assembly last month.

The survey looked at homelessness in four different communities—Pond Inlet, Clyde River, Arviat and Gjoa Haven—estimating that more than 400 people in those communities have either no home or they sleep at multiple homes, sometimes in front porches or shacks.

The report found that between five and 11 per cent of children in those communities identified as housing insecure.

The department also did a “point-in-time” survey of shelter usage in Nunavut communities that have those facilities: Cambridge Bay, Kugluktuk, Kugaaruk, Iqaluit and Rankin Inlet.

In 2018-19, the report found that 252 unique clients accessed one of Nunavut’s three homeless shelters. And that same year, 290 women and 279 children sought safety at one of the territory’s five family violence shelters.

“The numbers aren’t surprising to us,” said Lindsay Turner, director of poverty reduction at Nunavut’s Department of Family Services.

“I think we learned a little bit more about numbers that were specific to children and youth. It really pulled out some data around some circumstances that families are facing as a result of the housing crisis.”

Turner said the report’s numbers may not be representative of the entire territory, noting that each Nunavut community has its own special circumstances.

But the territory undoubtedly faces a housing shortage, and that’s obvious in the numbers: Nunavut Housing Corp. estimates the need for some 3,500 new houses across the territory.

But survey respondents listed a number of reasons why they are home insecure, from illness, to climate, to job loss or family conflict.

“Homelessness is a complex issue and it’s more than just being without a home,” Turner said.

MLAs reacted to the report in the legislative assembly this past week, calling on the government to deliver services to help support Nunavummiut who are experiencing different kinds of homelessness.

Arviat North–Whale Cove MLA John Main said the report highlighted the hopelessness of many living situations in Nunavut and illustrated how homelessness is related to overcrowding, poverty, food insecurity, addictions and violence.

Gjoa Haven MLA Tony Akoak noted that his home community has the highest percentage of residents experiencing different aspects of homelessness, with the majority of them “couch surfing” or sleeping in different homes.

“The report discusses the critical need for respite places where people can go for short periods of time to escape the stresses created by overcrowding and homelessness,” Akoak told the legislative assembly on Tuesday, Oct. 27, during question period.

“Respite spaces could include daytime, evening or overnight drop-in spaces; land-based healing retreats; quiet spaces to rest; or places to do daily activities like preparing food, laundry, using the phone or internet or socializing. Gjoa Haven has no such respite places whatsoever.”

Turner said the concept of respite has been raised in many communities—in the report and in other consultations. Her department is already working with one hamlet that wants to create a community-use cabin to support on-the-land programming.

“We’d wanted to do this survey to really bring attention to some of the communities’ coping mechanism—that definitely gives us a sense of the impact on that part of the population,” Turner said.

“Just getting a break from the house is something that can support the issue of homelessness.”

Turner said her department has already invited communities to share their ideas for local initiatives to help combat homelessness and, in turn, they’ll help connect hamlets with funding sources.

The Nunavut government is also in the process of hiring homelessness outreach workers to work alongside other frontline workers in three communities: Cambridge Bay, Rankin Inlet and Pond Inlet.