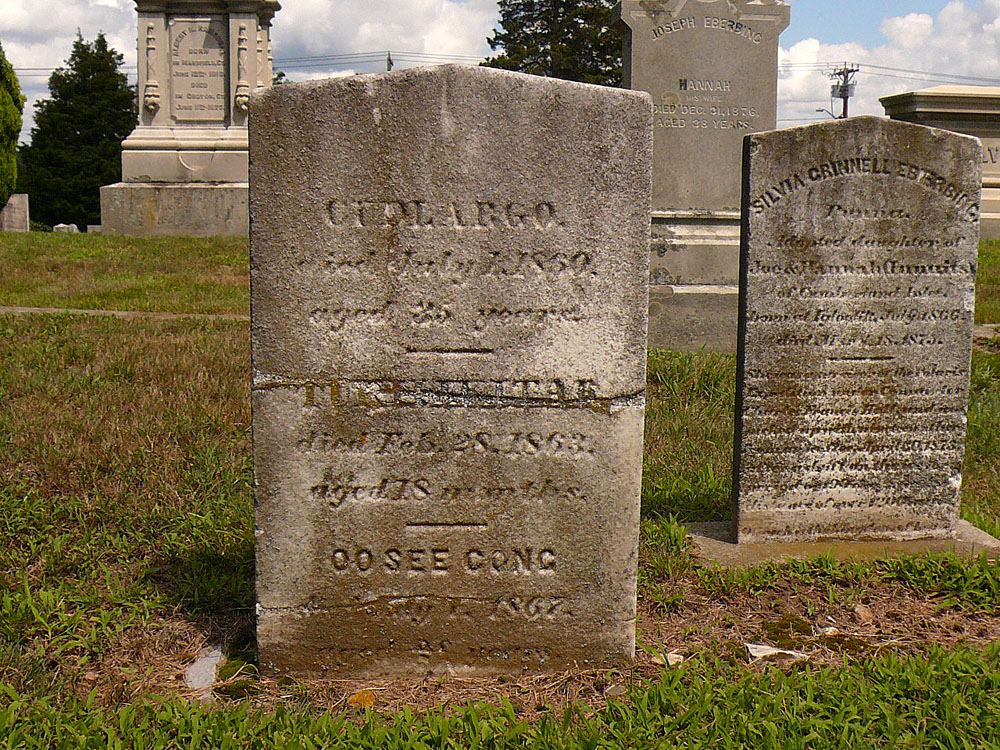 Three headstones at the Starr Burying Ground in Groton, Connecticut commemorate the deaths of Inuit who visited the area in the 19th century. (HARPER COLLECTION)

In early December it was my privilege and pleasure to attend the opening, in Mystic Seaport, Connecticut, of Death on the Ice—an exhibition dedicated to the lost expedition of Sir John Franklin.

While there, I visited a small graveyard about 20 minutes away on the outskirts of neighbouring Groton. In fact, I visited twice, and gave a brief lecture of about 10 to 15 minutes each time to a small group of people who accompanied me. 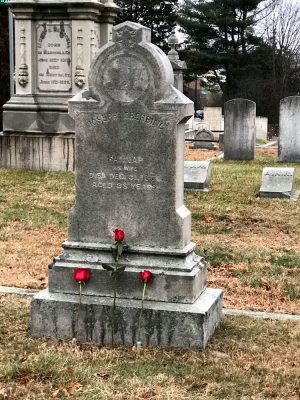 What drew us to the Starr Burying Ground was the little-known presence there of three headstones marking the burial of three Inuit, and commemorating the deaths of three others.

In the 1850s, Captain Sidney O. Budington occasionally took Inuit who had worked for him in whaling in Cumberland Sound and the mouth of Frobisher Bay to Groton as a reward for their services.

They would spend the winter with Budington, his wife and children, who made them welcome in their home.

In 1862, Charles Frances Hall, an American obsessed with the search for Sir John Franklin, took a family to Groton, after they had worked as interpreters and guides for him in the same area of the Arctic.

The graves commemorate these people. The largest stone is in memory of Hannah (Tookoolito) and her husband “Joseph Eberbing” (Joe, Ebierbing or Ipiirvik).

I consider Hannah (Tookoolito) to be the key person in the Franklin search. Of all the Qallunaat searchers, Hall learned the most about the fate of the expedition from Inuit in the central Canadian Arctic. 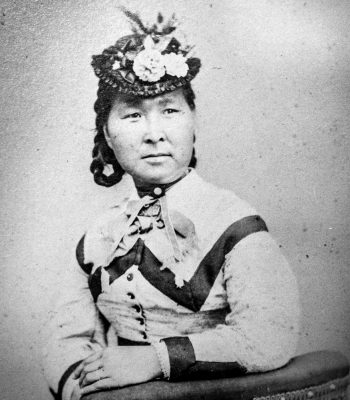 Tookoolito, also known as Hannah. “I consider Hannah (Tookoolito) to be the key person in the Franklin search,” Kenn Harper says. (HARPER COLLECTION)

Hall never learned Inuktitut very well—Hannah was his interpreter and he owes what he learned (and we owe much of what we know today) to her.

Another stone bears the names of three Inuit. Listed at the bottom is Ooseecong, whom the whalers called Jeannie. But her body is not there either.

She died on July 1, 1867, on the ship on the way back to Baffin Island, and was buried at sea. Listed at the top of that stone is Cudlargo (Kudlago, Kallarjuk) who was also buried at sea on his voyage home in 1860.

In the middle is the name of Tukilikita (Tarralikitaq), the 18-month-old son of Hannah and Joe, who died in 1863. His body is buried there.

The final stone bears the name of Sylvia Grinnell Ebierbing, the adopted daughter of Hannah and Joe. Hall gave her the English names, after the daughter of one of his benefactors, Henry Grinnell.

Her parents called her Panik, simply meaning “daughter.” Hall spelled that as “Punna” and thought it was her name. She had been born to a couple near Igloolik and her birth name was Isigaittuq.

She was a survivor, along with her parents, another Inuit family, one American and a number of German sailors, of an amazing drift on an ice floe for 180 days and over 1,200 miles.

Although she lived, she was weakened by her ordeal and died in 1875 at the tender age of 9. Her grave stone tells, in tiny letters, the story of the ice drift and ends with the words, “Of such is the Kingdom of Heaven.”

I’ve visited this quiet graveyard a number of times over the years, the first time 43 years ago. Each time I’ve placed flowers on the graves. When Bernadette Dean, of Rankin Inlet, heard that I was going to Mystic in December, she asked me to put a rose on Hannah’s grave.

I took two—one from Bernadette and one from me. But there was already a fresh rose leaning against Hannah’s grave when I arrived this time.

Another exhibition attendee, Logan Zachary, had gone to the graveyard in the middle of the night and placed a long-stemmed red rose against her grave. It’s the one in the middle in the photograph.

On Facebook, Logan posted a note saying “Hello, Tookoolito—finally. Forever 38 years old. I snuck into a freezing graveyard at night to meet you.”

Of the three Inuit buried in Groton, Hannah was the last to die. She passed away on New Year’s Eve, 1876.

I hope our three roses last at least until this New Year’s Eve, the 142nd anniversary of her death.