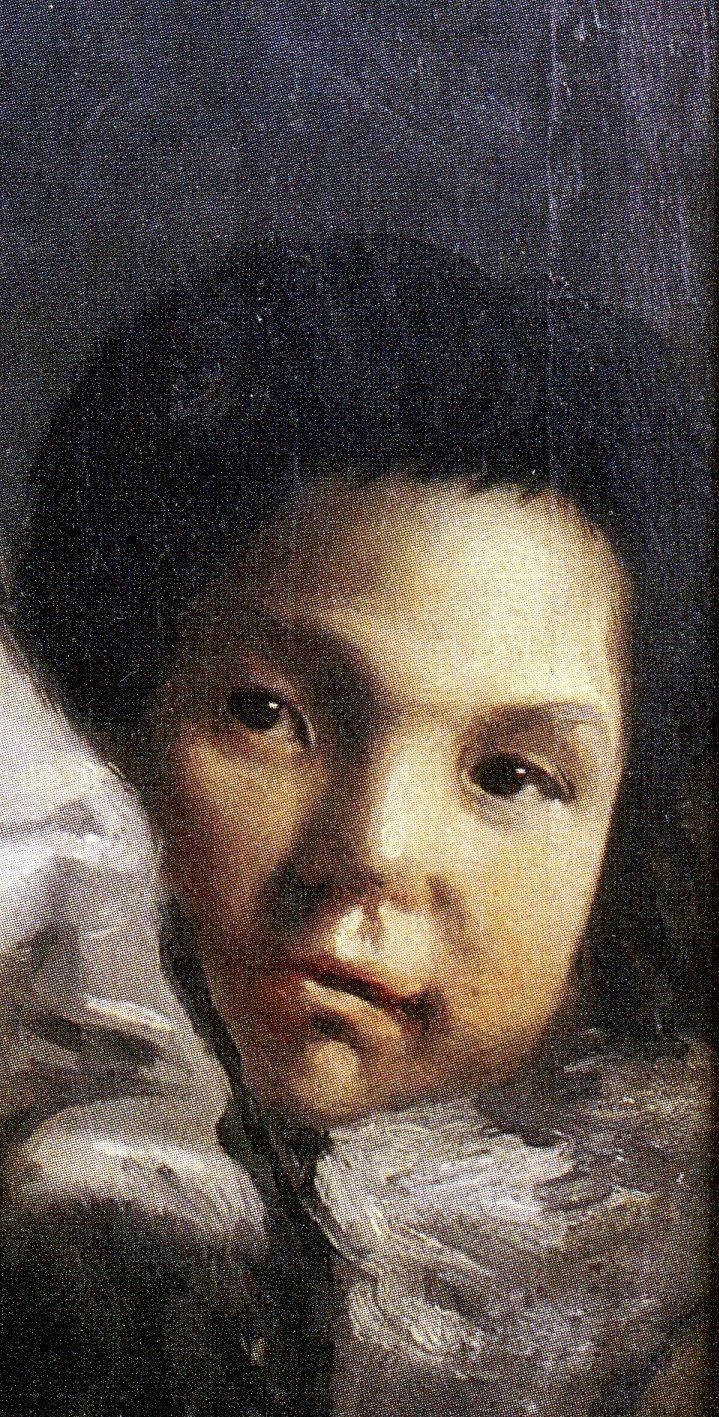 Tutauk, the son of Mikak, in 1769. Tutauk was one of three children who accompanied Mikak to England in 1768, after Francis Lucas, a British soldier at Chateau Bay had captured them in 1767 following a battle between the Inuit and the British. (COURTESY OF THE INSTITUTE OF CULTURAL AND SOCIAL ANTHROPOLOGY, GOTTINGEN, GERMANY)

Mikak and the Moravian Church in Labrador — Part 2

Last week’s column introduced Mikak and her role in encouraging the Moravians to establish a mission in Nain, Labrador.

The first Moravian convert in Labrador was Kingminguse, who was baptized as Peter in February of 1776.

“I have been an Angakok, and used to believe what had been told me by my predecessors,” he said, “but now I believe it no longer, and will abandon all evil customs for the future, and will follow the Lord Jesus only … I am alone like an orphan, and have no brothers or sisters, and therefore am the more happy that ye will receive me as your brother…”

Despite this effusive declaration of faith, the man eventually returned to his traditional ways. An illustration of the difficult task faced by the missionaries — who also controlled the supply of trade goods at their station — is shown by a statement from another man, Aula, who was present at Kingminguse’s baptism.

He said, “I believe very much, but at present I want a knife.”

If the missionaries had expected Mikak to remain the mainstay of their support on the coast, they were disappointed. She refused to live at the mission station, and she and her family traded with other nearby traders.

Jens Haven had observed that “her husband is extremely fond of her and extremely cautious not to leave her alone with the Europeans.”

A month later, he took Mikak back. The trade was on again in April of the following year and this time, it lasted until fall.

In the spring of 1776 he traded Mikak to Pulao once again, and this time she remained with him until his death seven years later.

In 1773, Mikak became further estranged from the Moravians, probably because of a request made by her on-again, off-again husband Tuglavina and his brother Segullia to travel with her to England.

James Hutton, a Moravian leader in England, was incensed at the request. He wrote disparagingly of Mikak’s earlier visit to England, referring to “the scandalous life Mikak led,” and thought the trip had left her worse off than before, saying:

“She is prouder, more wretched and miserable than she was before, less contented with the Station she must however submit to & less fit to enjoy for the future, what other Esquimaux call Enjoyment of Life.”

In 1780, Mikak wintered at the Nain mission for the first time. Pualo was baptised, taking the Christian name Abraham. Her son, Tutauk, who some years earlier had begun to call himself Palliser after the former governor, took the baptismal name Jonathan.

But Mikak was rejected for baptism. The Moravians believed that Christ had the final say in all matters of importance, and His will was made known through the drawing of lots.

There could be nothing more important, in the brethren’s estimation, than a person’s salvation and so the decision on a person’s readiness for baptism could not be made by a mere mortal minister, but only through lots. When Mikak was rejected, she began to distance herself even more from the Moravians.

Two years later, she and her small family, which also included another son or step-son, moved farther south with a large group of Inuit to trade with English fishermen.

When they returned the following year, Pualo asked the Moravians to baptize Mikak so that she would be better received when they returned south, but the missionaries refused; they thought the request to be insincere and that “all his [Pualo’s] thoughts are taken up with the Europeans.”

That summer, they returned south anyway, with a group of about 180 Inuit. Some remained at Chateau Bay for a year, some for longer.

When they returned to Nain, it was with tales of wife-stealing, murder, and depravity. Early on, Pualo shot a man, Sirkoak, over his dalliance with Mikak. The man survived. Pualo himself died in the first year at Chateau Bay, probably from an infection.

In the years after Pualo’s death, Mikak probably continued to travel often to southern Labrador to trade. She spent brief periods at Nain.

In 1795 she returned to Nain; she was ill. She is reported to have told a missionary:

“Ah, I have behaved very bad, and am grieved on that account, but what shall I do! I cannot find Jesus again!”

The missionaries ministered to her but she was not baptized. Ten days after her arrival, on October 1, she died, at about 55 years of age. She was buried in Nain.

In 2007 Mikak was designated a person of national historic significance under the Historic Sites and Monuments Act. “A charismatic and resourceful women,” her designation read, she “exemplified Inuit self determination, political ability, and economic control at a time of cultural transition.”

Read Part 1 of this two-part series.