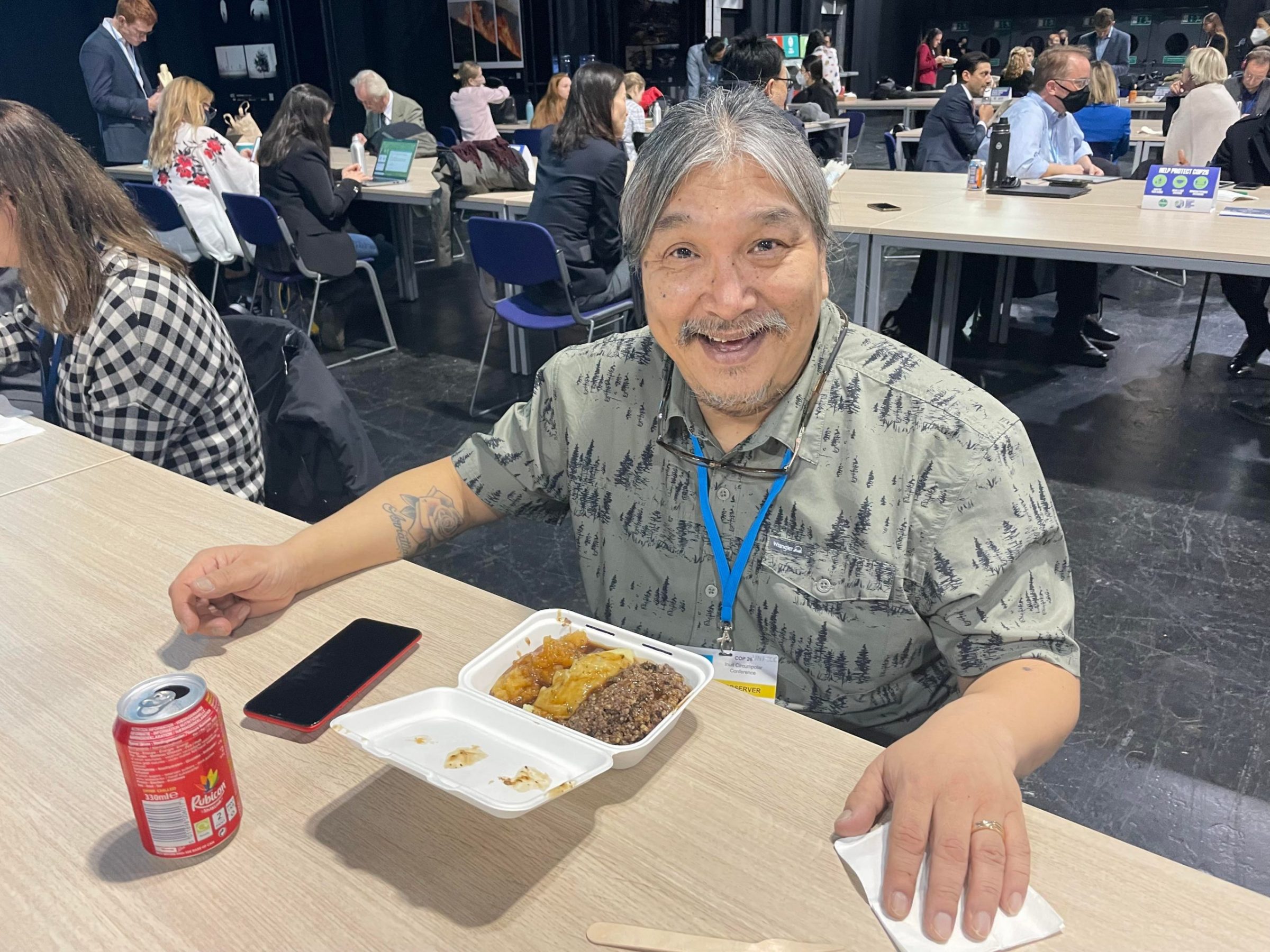 After picking up his passport during a layover in Toronto and making his first-ever trip out of the country to attend the largest climate conference in the world, Jimmy Oleekatalik is home in Taloyoak to recount the tale.

“It’s nice to cool off,” Oleekatalik said with a laugh.

The temperature in Taloyoak hovered around -20 C Friday, compared to a relatively balmy 13 C in Glasgow.

Oleekatalik, manager of the Spence Bay Hunters and Trappers Organization, attended this year’s United Nations Climate Change Conference, known as COP26, in Glasgow, Scotland. He was there for about a week, starting Nov. 3, and spent his time  speaking about the impacts of the warming weather on his northern community.

He said his first flight was delayed because of lots of mist and fog after an abnormally warm autumn, so he arrived at the conference four days later than planned.

The delay forced him to deliver his first two scheduled talks through videos, but after multiple flights he did eventually make it across the Atlantic.

“I’ve never sat on the plane for that long. I’m happy there were movies to watch,” he said.

“I was too full of adrenaline to sleep.”

Once he arrived, Oleekatalik spoke on panels and had meetings with people from around the world, including Glasgow’s minister of environment.

He also got the chance to tell Steven Guilbeault, Canada’s minister for environment and climate change, about the proposed Aviqtuuq Inuit Protected and Conserved Area near Taloyoak.

It would cover over 90,000 square kilometres of land, ocean, lakes and rivers in the Boothia Peninsula.

“He listened to me and wants to hear more about our project, so that was a very positive visit,” Oleekatalik said.

Inuit would manage the protected area. It could offer some economic development opportunities, through small fisheries, and create jobs, such as land guardian positions, he said. 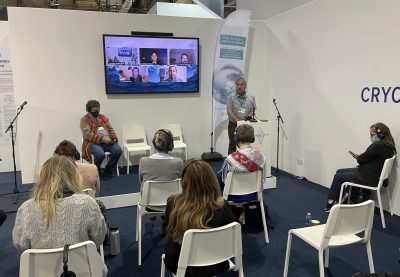 In a presentation at the conference, Oleekatalik highlighted Niqihaqut, his project to open a new country food cut-and-wrap facility in Taloyoak.

Niqihaqut is still in the planning stages, but it would make meats such as caribou and beluga more accessible. The project won a $451,000 Arctic Inspiration Prize in February.

Colonization has disrupted hunting traditions and climate change is making it more difficult to get out on the land, Oleekatalik said. The aim of the facility is to help people have a healthy diet of country food and reconnect with their culture.

“We’re going to start programs to take young people and elders out on the land to start getting our tradition back,” he said.

Oleekatalik said the effects of climate change have been drastic in Taloyoak over the past five years.

“Hardly anybody was able to dry meat or fish because it was so rainy all spring and summer,” he said.

“And because of the ice not being able to form as quickly as it used to, a lot of people had a tough time seal hunting.”

He explained there was often too much ice to hunt seals from boats last winter, but the ice wasn’t thick enough to travel or even stand on. 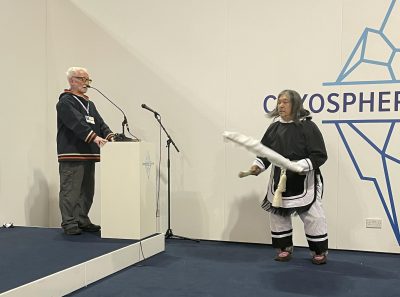 At the conference, Oleekatalik also spoke on a panel with members of the Inuit Circumpolar Council, and drum danced while former Nunavut commissioner and elder Piita Irniq sang.

Oleekatalik said drum dancing was a way to celebrate people coming together to talk about possible solutions for climate change, and to have fun.

“It was pretty meaningful for us to drum dance for the people in Glasgow and people from around the world,” he said.

With fully booked days, Oleekatalik said he didn’t have much time to sight see, but he did try Scotland’s national dish, haggis, a type of savoury pudding traditionally made from the heart, liver and lungs of a sheep, encased in the animal’s stomach.

“I liked it so much I had it twice,” he said, adding, “I probably would have had it every day it was so good.”