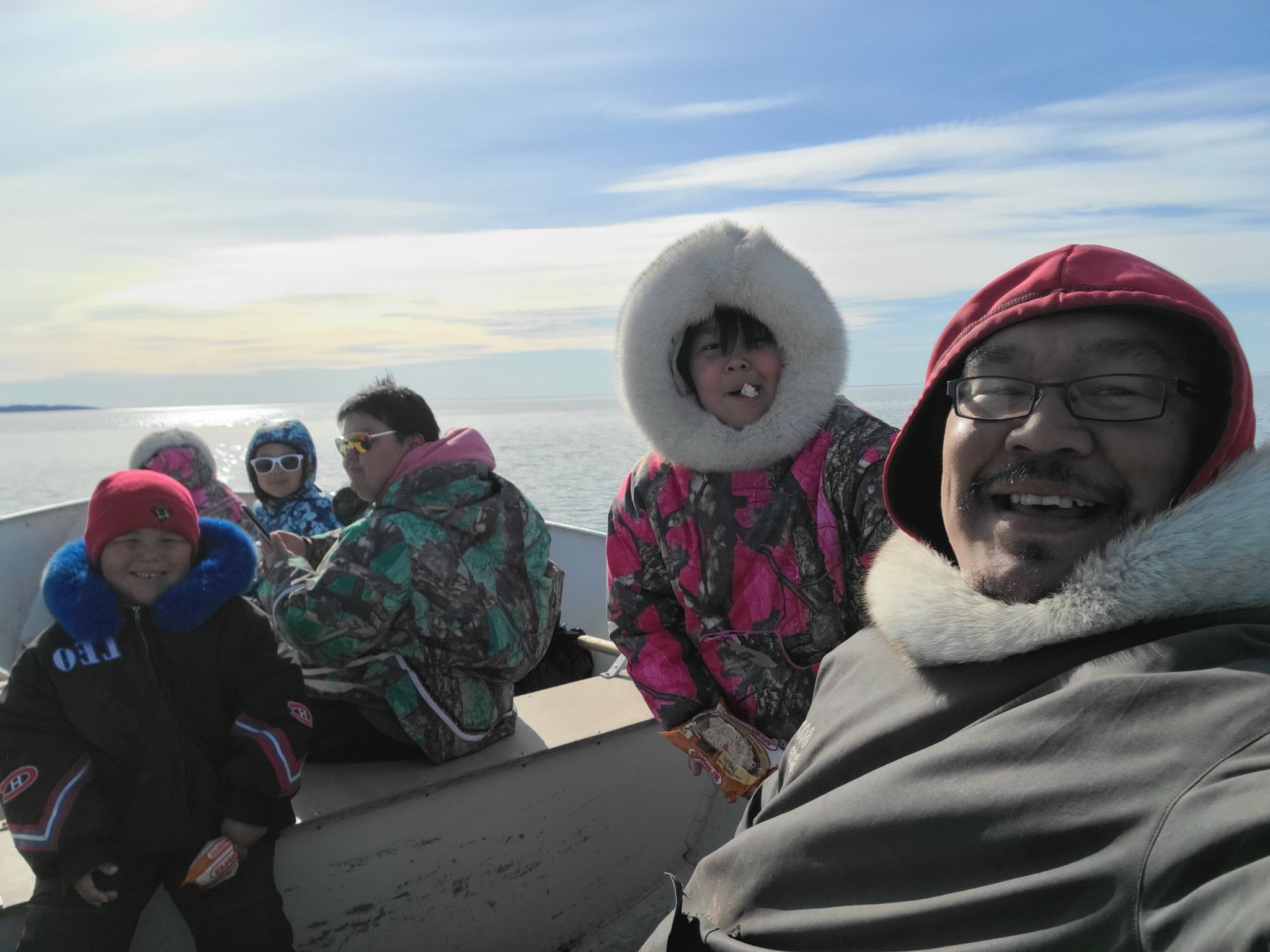 Thousands of people across the globe are learning about Inuit culture and day-to-day life in Nunavut, thanks to Taloyoak’s Lenny Aqigiaq Panigayak. 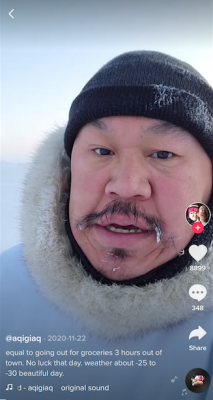 Lenny Aqigiaq Panigayak has been sharing clips of his life on TikTok for over a year and has over 23,000 followers. (Screenshot from TikTok)

By day, Panigayak is a father of four and teaches Grade 2 and 3 students topics like math and science. In his free time, he uploads short videos to TikTok, showing clips of his life with his family and out on the land.

In one of his most viewed videos, Panigayak shows viewers large blocks of ice he harvests to make tea. He stores the ice blocks on his porch and chips a piece off to melt when his family wants a cup or two.

“People don’t normally see that in any other parts of the world … there are even people who say they’ve never seen snow,” he said. “It’s very interesting to show things that I see every day that are not normal for others.”

In just over a year, Panigayak has amassed a following of 23,200 and counting.

“There’s people all over the states, people across the seas … in Australia, New Zealand, Europe … that was so amazing to me.”

“A lot of people don’t get to see our culture, so I like to show that to whoever’s watching,” he said.

He said he never expected his TikTok account to grow like this, but now he hopes his growing audience can see how Inuit are connected to the environment and how animals are treated in his culture.

“Even though we hunt, the traditional knowledge of Inuit is not to let the animals suffer,” he said. “We care for the environment, we care for our animals, we care for people, and we see that in our communities everywhere.” 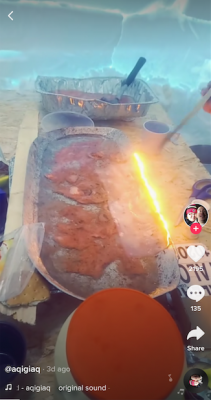 In one of Lenny Aqigiaq Panigayak’s TikTok videos, he shows caribou cooking in an igloo. (Screenshot from TikTok)

In one of his first videos that got a lot of attention, Pangigayak explains how he and other seal hunters can tell which parts of the ice are safe and which parts aren’t, based on the darkness of the clouds above.

When Panigayak is out in his community of about 1,100 people, he gets recognized for his TikToks and people try to get in the background when he is filming, he said with a laugh.

On a recent trip to Gjoa Haven, Panigayak said he got recognized in the neighbouring community as well.

“It makes me smile,” he said, adding that his students find his social media fame exciting, too.

Recently, some of Panigayak’s most viewed videos show high food prices in the North, including a $38 canister of baby formula, a $52 box case of Coca Cola and $11 for Miracle Whip.

Most of his videos — which can be found on TikTok through his username @aqigiaq — show Panigayak out on the land with friends and family hunting or fishing, travelling by snowmobile, or preparing traditional food like caribou in an igloo.

Panigayak said coming up with new ideas for videos is no problem, but finding the time between his busy days as a school teacher and taking care of his children with his wife is the hard part.

“I am trying to keep up with posting new videos for people to see … because a lot of people in the world don’t get to see our day-to-day life and I do enjoy teaching and showing other people how we live.”

For many people stuck at home during the COVID-19 pandemic, Panigayak said he gets comments saying his videos of the land bring people peace and a sense of calm, while showing them a new part of the world while they can’t travel.

“When I’m out on the land, that’s what I enjoy a lot,” said Panigayak. “Then I noticed that my followers like that too … it brings me joy.”