With the cost of construction up 30 per cent, four four-plexes also cancelled for Iqaluit 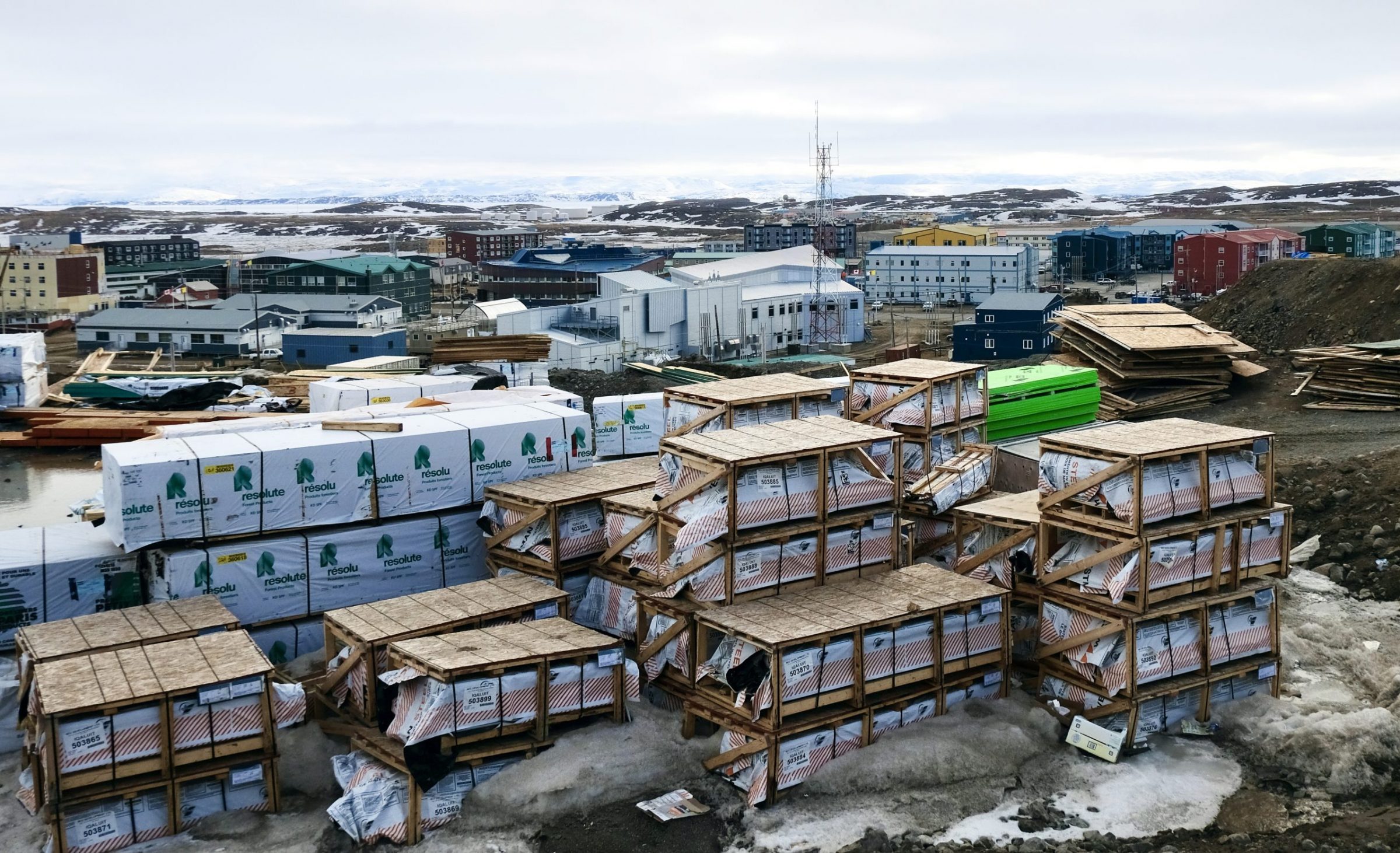 Public housing construction projects are being cancelled or delayed, amid pandemic-related delays and skyrocketing material costs. (Photo by Mélanie Ritchot)

Plans to put up two duplexes in Taloyoak have been shelved because the construction company couldn’t get bonding — insurance to protect the client, or in this case, the Nunavut Housing Corp.

Margaret Nakashuk, the minister responsible for the corporation, said the project is no longer proceeding after Emiliano Qirngnuq, the MLA for Netsilik, asked for an update in the legislative assembly on Friday.

“They were planning to start this year, but we cannot continue with them,” Nakashuk said. “There are the same things happening in other communities.”

In total, projects that would create 30 housing units have been cancelled across the territory.

Four four-plexes — meaning 16 units — set to be built in Iqaluit were halted because project bids came in $3.3 million over budget as a result of the spike in prices for lumber and other construction materials.

Construction costs are up 30 per cent over last year, Nakashuk said in an email.

The construction of a five-plex set for Rankin Inlet is stalled because the lot is not ready, but it will proceed when it is, Nakashuk said.

In Pangnirtung, plans for a five-plex for Government of Nunavut staff housing are currently being reviewed.

Nakashuk said the plan is for the stalled and cancelled projects to be revisited next year.

In Sanikiluaq, a four-plex is set to be built for staff housing.

Pat Angnakak, the MLA representing Iqaluit-Niaqunnguu, asked Jeannie Hakongak Ehaloak, the minister of community and government services, about other projects cancelled in Iqaluit due to “dramatically escalating construction costs.”

Ehaloak said “the pandemic will undoubtedly have impacts on scheduling and costs of some projects which could lead to delays,” including for the capital city’s deep-sea port.