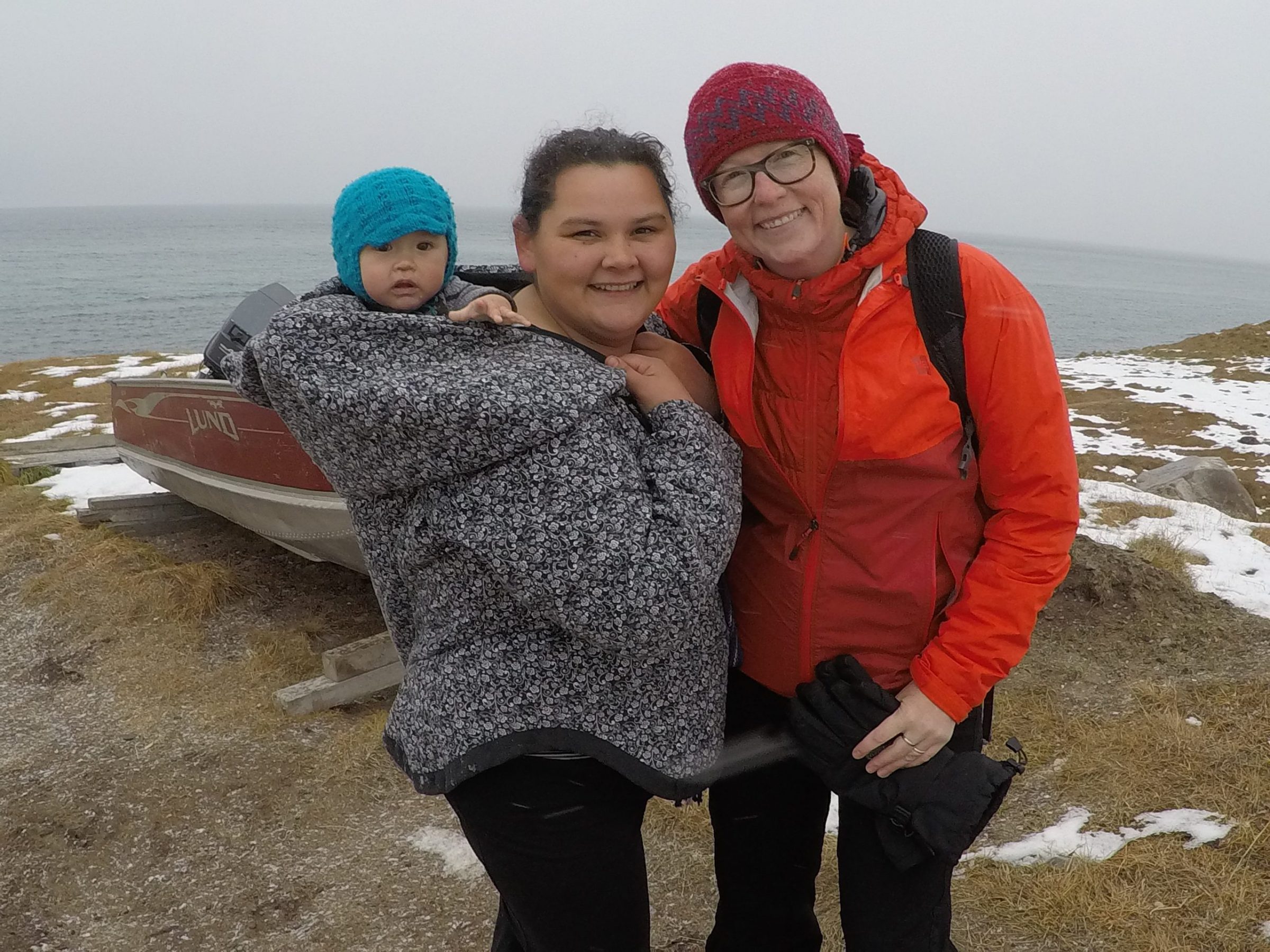 Natasha Simonee (left) and Jackie Dawson are on the team of researchers who received a Governor General’s Innovation Award on May 4, for their work planning new shipping routes in the Arctic to protect culturally significant marine areas. (Photo provided by Arctic Corridors Research)

A group of Arctic researchers have been recognized on a national scale with a Governor General’s Innovation Award for including traditional Inuit knowledge in their work on new shipping routes in the North.

The researchers behind the Arctic Corridors Research Project consulted with 14 northern communities — seven in Nunavut — to find out how to best protect culturally significant marine areas in the Arctic as ship traffic increases.

“We were thrilled … it was a real honour,” said Dawson, the lead researcher on the project.

“My only regret is there can only be three people named in addition to me … we wanted to name 100, there were so many people involved.”

Dawson came up with the idea for the project after hearing communities’ concerns about increased ship traffic affecting sensitive hunting areas that aren’t mapped, “so I just listened to them,” she said.

The project led to the creation of a new knowledge base for the federal government to use when planning shipping routes, new mapping protocols based on local knowledge and a long-term ship tracking database that goes back to the 1990s.

Marine areas that were identified by Inuit as culturally significant have also been documented.

Dawson said Canada has the opportunity to manage the Arctic right the first time in terms of sustainability and combining Inuit knowledge with western science, instead of trying to go back to fix things down the road.

“The knowledge of people from those places is way greater than any helicopter survey or underwater acoustics that we could ever get … but when you combine these things together, it’s really quite phenomenal.”

In many cases, Dawson said the solutions brought forward by Inuit were simple and didn’t require major route changes, they just needed to be heard.

For example, in Coral Harbour hunters wanted ships to go around the other side of Coats Island — an important hunting area — when the weather allows.

Other simple fixes include not anchoring in some areas during certain periods, slowing down during hunting seasons to make less noise underwater, or not breaking the ice during specific time frames.

Instead of going in to do their own research, as scientists typically do, the team trained local youth on mapping and research techniques, and they were the ones running workshops with elders and experts in their communities.

Dawson said even though this took more time, it gave them better data since they weren’t going into communities to do research as outsiders. At the same time, youth were able to gain experience in the field.

Simonee, who was involved in the consultations in Pond Inlet, said she “absolutely” got the sense her community felt heard.

“It feels like all the work that was put into this didn’t go unnoticed,” she said.

Simonee said she heard concerns about increased shipping traffic coming from Baffinland’s Mary River mine and the lack of capacity to respond to an oil spill.

With more shipping traffic, tourism boats and pleasure crafts in the area, she also heard concerns about the impact on wildlife. 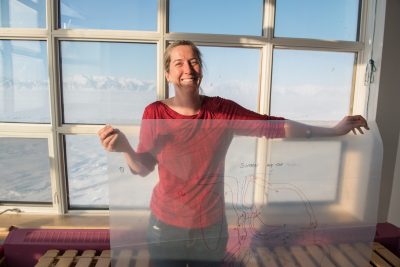 Natalie Carter is on the team of researchers who received a Governor General’s Innovation Award on May 4. She’s seen here holding a map of marine shipping routes. (Photo provided by Arctic Corridors Research)

Carter, the community research lead, said the common threads of concern between the 14 communities were the risk of the food chain — including humans — getting contaminated, animal habitats being destroyed, or animal behaviours changing.

All these factors contribute to worries about food insecurity and a lack of country food, she explained.

Another key topic, she said, was icebreakers passing through and disrupting caribou migration routes or making travel on the ice more dangerous for people.

Over in Arviat, Tagalik, said the community has long been concerned about waters in Hudson Bay getting warmer and more shallow as the climate changes. 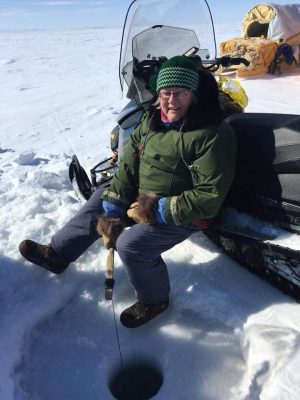 Shirley Tagalik, who has lived in Arviat for 45 years, is on the team of researchers who received a Governor General’s Innovation Award on May 4. (Photo provided by Arctic Corridors Research)

The ice had already formed, meaning the fuel ship had to break through on its way in, and again on its way out a few days later.

“If there have been an oil spill, it would have been catastrophic,” said Tagalik, who has lived in Arviat for 45 years.

Ice conditions used to be more predictable and barges used to be able to pull right up to the shore, she explained. Now, the fuel resupply comes on a larger ship from Montreal, making the shallowing waters more of a concern.

One of the main advantages to the research has been mapping more of the area, including the coastline and the ice, Tagalik said.

“It’s led to pretty concrete results that are improving the lives of people in the community.”

She said she thinks the research was well embraced by Nunavut communities.

“There was a sense of having a voice and being able to advocate for concerns that will be raised.”