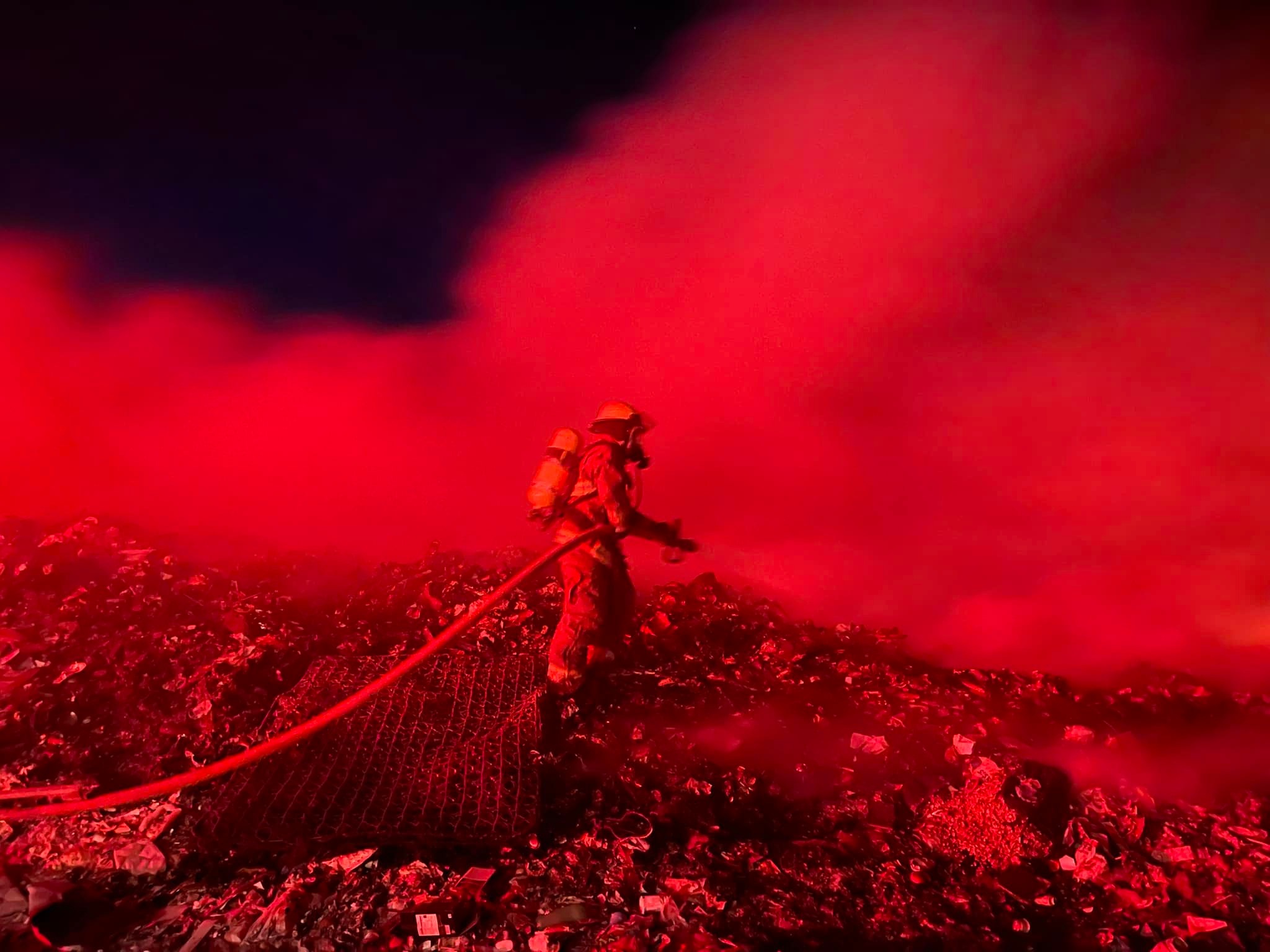 The Rankin Inlet fire department received calls about a fire at the hamlet dump around 9 p.m. Tuesday. (Photo courtesy of the Rankin Inlet Fire Rescue EMS)

In an interview, Wyatt said the hamlet’s fire department was alerted to the fire around 9 p.m. Seven firefighters and the public works team responded, and the fire spread but was extinguished by approximately 12:30 a.m. on Wednesday.

Now, he said, the hamlet is looking for teens who may have been involved.

No suspects have been identified yet. On Facebook, the fire department asked anyone with information on the fire to contact it at 2598. It’s not known yet whether police are investigating.

Wyatt said dump fires can be challenging because of the weather and limited access to water. 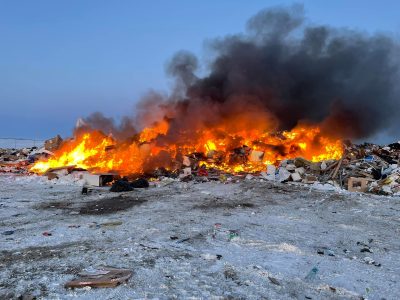 Fire Chief Mark Wyatt says a dump fire Tuesday night was intentionally set, but no suspect has been identified yet. (Photo courtesy of the Rankin Inlet Fire Rescue EMS)

“There’s a tremendous amount of smoke that comes along with a fire like that. And when the winds shifts, the smoke blows into town,” he said.

“We’re also limited because we don’t have a water source, so we’ve got to keep bringing up the hamlet water trucks to continue to supply us with water in order to get the fire out.”

He said dump fires are often intentionally set by young people, sometimes just because they are bored. He encouraged parents to talk to their children about it.

“It’s not necessarily the parents’ fault or anything … but we just need to discourage it,” Wyatt said.