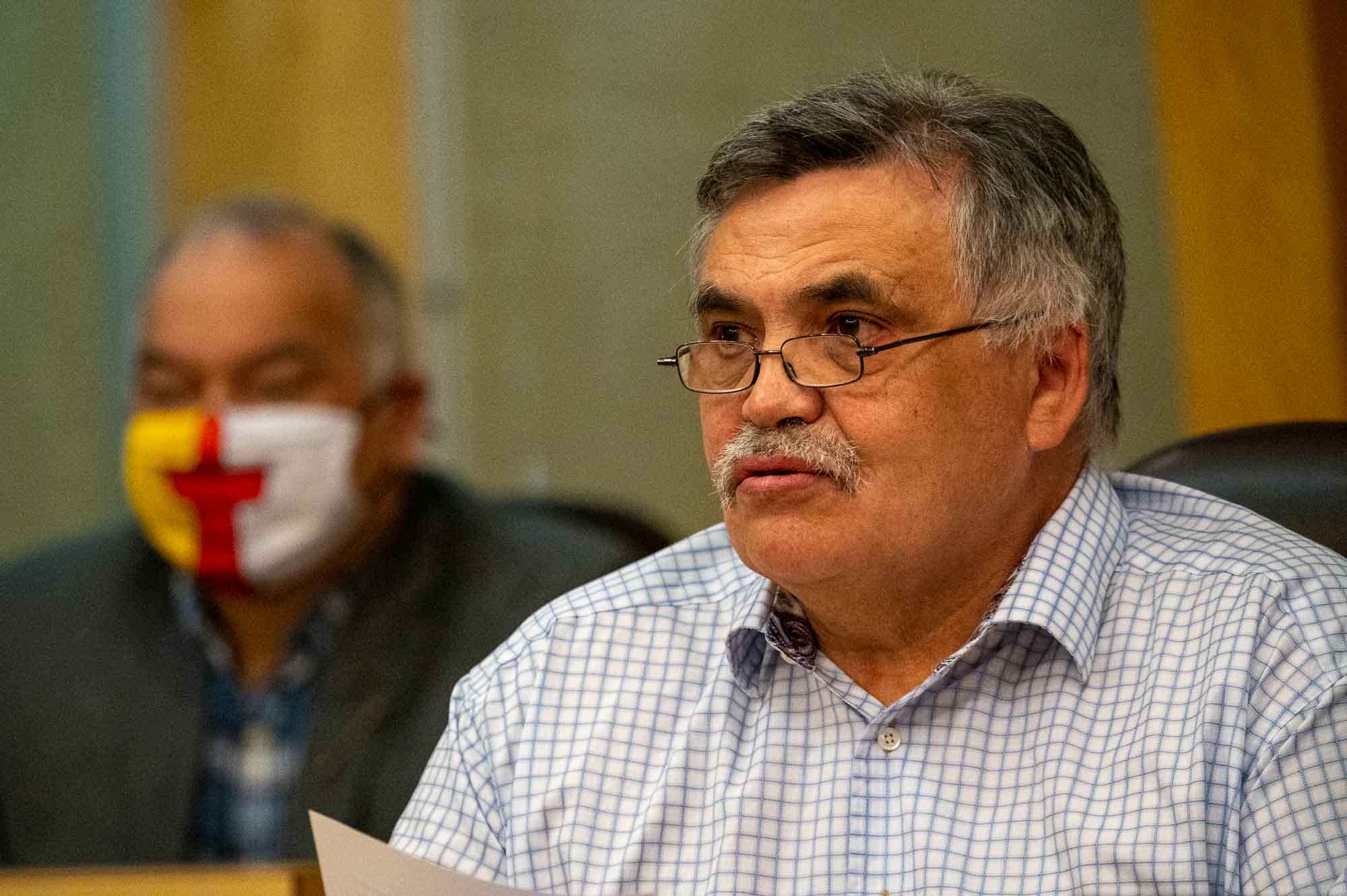 The Nunavut Housing Corporation says it will launch education workshops for people living in public housing across the territory.

The workshops will be a pilot project to teach tenants how to monitor, care for and maintain housing units, said housing minister Lorne Kusugak, speaking to the legislative assembly’s committee of the whole Wednesday night.

The project will also teach tenants how to do things like remove minor incidences of mould and to do small repairs like fixing a doorknob or cabinet.

“One of the things that the housing corporation has been really bad at, actually, is giving out information on the different programs that are available to homeowners, the renters, and so forth and we need to do better at that,” Kusugak said.

While local housing authorities do annual inspections of public housing units, damage is not always reported.

“We need to get our housing associations staff to do better in terms of reporting the misuse or abuse of units, and in turn the monitoring of that and repair of them,” Kusugak said.

Iqaluit-Tasiluk MLA George Hickes said he thinks that while it should not be the local housing authority’s responsibility to look over tenants’ shoulders, staff should be better at carrying out regular inspections.

He said that while campaigning last year, some of the units he visited were “in incredible disrepair, and [with] the kind of stuff that doesn’t happen in a year or two years or even five years.”

“I can’t emphasize enough how much work would be avoided if these annual inspections occurred and those discussions happened sooner rather than later,” Hickes said on Wednesday, during the meeting.

The committee also heard the housing corporation has 6,000 public housing units, but 3,000 more are still needed to meet demand, and 50 per cent of its housing stock is more than 30 years old.

“It becomes very hard to maintain something that’s really, really old and renovated so many times that it shrinks from the inside,” Kusugak said.

Overcrowding is also an issue that affects the housing corporation’s stock, said Kusugak. Damage is more likely to occur simply because more people are using the unit.

“There are many people out there who are doing their best to maintain their houses and keep them clean, and maintain them, but when there’s no room in that house and you have three families and one washroom, something is going to break,” he said.

The tenant education workshop pilot project is expected to begin in 2022-2023 and launch officially in 2023-24.