Over the past 20 years, Nunavut has witnessed dramatic changes as the climate warms 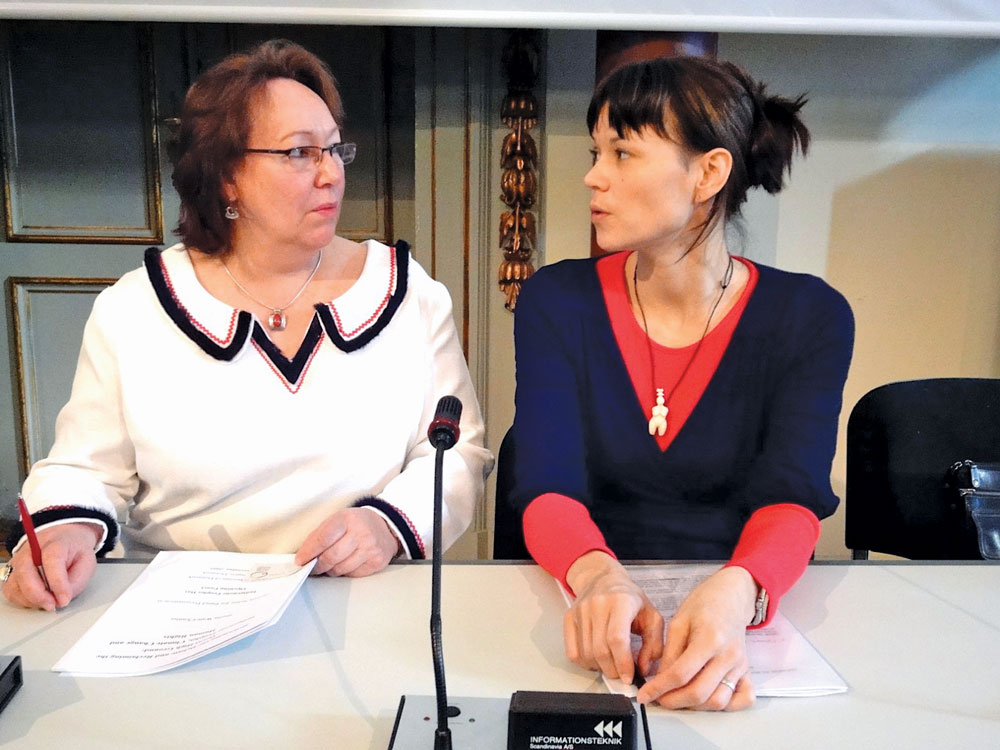 Sheila Watt-Cloutier, an Inuk activist, Nobel Peace Prize nominee and author, who has promoted the Inuit “right to be cold,” speaks about climate change with Maliina Abelsen, a former Greenlandic politician and MP for the party Inuit Ataqatigiit, during the 2009 United Nations climate talks in Copenhagen, where Inuit tried to make the Arctic a key issue for negotiators. (Photo by Jane George)

The first signs that Nunavut’s climate would face dramatic changes could be seen not long after those heady celebrations following the creation of the territory in April 1999.

That summer, robins were first spotted nesting near the beach below the Happy Valley neighbourhood of Iqaluit. These robins, far outside their traditional range and numbering at least two adults and a juvenile, were seen several times near the Iqaluit cemetery and along the walking trail to Apex.

By 2013, robin sightings were reported from as far away as Baker Lake, Rankin Inlet, Arviat, Cambridge Bay and Kugluktuk.

These red-breasted birds, which announce the coming spring in the south, haven’t been the only winged newcomers to be spotted in Nunavut since 1999, where sightings of a mountain bluebird, a kingfisher, song sparrows and an American coot have also been recorded. 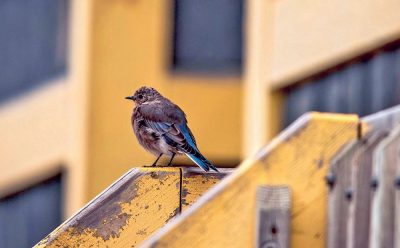 This female mountain bluebird, seen perching on a porch in Rankin Inlet on August 2018, is one of several southern bird species that have made forays into Nunavut. (Photo by Putulik Photography)

Meanwhile, over the past 20 years, some birds formerly common to Nunavut have become much less numerous: shorebirds like the red knot, a kind of sandpiper, have found their habitats shrink in the territory due to unusual temperature swings, new vegetation and more numerous predators—including polar bears.

Warming ocean temperatures have also brought killer whales and salmon into Nunavut waters. And polar bears have become a poster species for climate change, due to concerns that the species may vanish along with the sea ice they use as a hunting platform.

Nunavummiut have not always seen eye to eye with environmental groups and scientists about how polar bears are faring in a warmer Arctic. Many Inuit say that the territory’s polar bear population is healthy and will remain healthy, despite decreasing sea ice. They point to the larger numbers of polar bears now more frequently seen near and in communities, with disastrous consequences for people who cross their paths.

It remains undisputed by residents, however, that climate change is real. Temperatures are warmer throughout the year. The weather is now more unpredictable, with storms blowing up unexpectedly. Changing water levels have made it hard to travel by boat in certain areas. The land is drier. And the ice is thinner, freezing later and melting earlier. 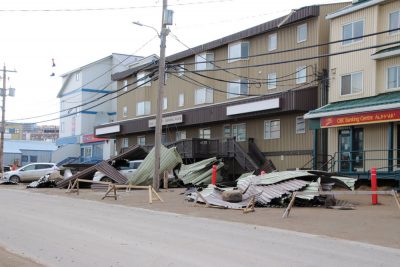 Metal roofing from two Iqaluit apartment buildings sits in a heap in the city’s downtown on Friday, Oct. 5, 2018, after an overnight storm when wind speeds reached 114 kilometres an hour. (Photo by Beth Brown)

Shrinking sea ice continues to set records for its dwindling extent during the summer months. And researchers say that melting permafrost in the Arctic may release more climate-warming greenhouse gases into the atmosphere and toxins like mercury into the environment.

The right to be cold

In 2005, Inuk environmental activist Sheila Watt-Cloutier launched the first international legal action on climate change: a petition, also signed by 62 Inuit hunters and elders from communities across Canada and Alaska, to the Inter-American Commission on Human Rights.

The petition alleged that unchecked emissions of greenhouse gases from the U.S. violated Inuit cultural and environmental human rights as guaranteed by the 1948 American Declaration of the Rights and Duties of Man.

Watt-Cloutier’s petition was unsuccessful, but her efforts, which garnered her a Nobel Peace Prize nomination, helped attract more global attention to climate change in the Arctic.

Meanwhile, the Government of Nunavut has faced criticism for not doing more to address climate change.

A report by Canada’s auditor general found in 2018 that it failed to properly assess and respond to the impacts of climate change within the territory. 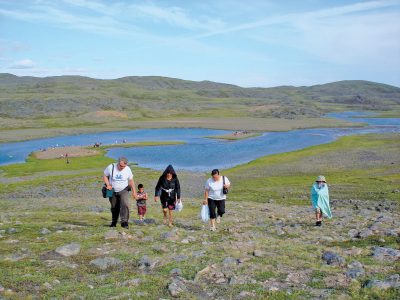 In July 2009, swimmers head to the river to cool off in a heat wave that brought temperatures in the high twenties to Iqaluit. That hasn’t been typical of every summer, however. Temperatures throughout Nunavut have been up and down, in all seasons, typical of climate change, although over time Arctic average temperatures are expected to rise three times more than those globally, if warming continues unchecked. (Photo by Jane George)

Other efforts to protect the Arctic have proven more effective. A treaty signed last October in Greenland, for instance, is intended to protect vulnerable fisheries in the Arctic Ocean.

The agreement, signed in Ilulissat, Greenland, by representatives of Arctic nations and others, banned commercial fishing in the Central Arctic Ocean for at least the next 16 years, so scientists could try to understand the size and health of the region’s fish populations.

And in August 2017, the federal government created Tallurutiup Imanga, the Inuktitut name for Lancaster Sound, the largest marine protected area in Canada.

Ottawa has also invested more than $200 million in the new Canadian High Arctic Research Station in Cambridge Bay, which, when it opens, is expected to focus on climate change research. 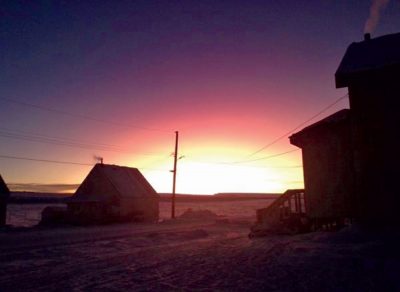 In 2018, the sun wasn’t supposed to rise at all in Pond Inlet, located at latitude 72.6 degrees, until Jan. 29. But there it was. This new light is due to a kind of mirage created by reflected light from two pools of cold and warm air. (Photo courtesy of Sheila Katsak)

To cut a big contributor of warming in Nunavut and the circumpolar region, the International Maritime Organization now wants to ban heavy fuel oil from the Arctic.

Arctic parliamentarians and the Arctic Council are also working on a deal to limit the release of soot, or black carbon, in the Arctic.

If there’s a benefit to climate change for Nunavut, it could be easier maritime access. This is likely to bring more economic activity, for resource developers, transport companies and operators of cruise ships, such as the Crystal Serenity, which, in 2017, became the largest passenger vessel to transit the Northwest Passage.

University of Ottawa researcher Jackie Dawson has said you can count on shipping of all kinds in the region to continue to grow.

“It may not go up in 20 years, but 20 years isn’t that long,” she told Nunatisaq News. “And it’s definitely going up in 100, unless there’s something catastrophic that happens, climatically. And when we get to that point, we will see trade through the Arctic.”

Jane George is the senior reporter for Nunatsiaq News. George, who has worked for the newspaper since 1997, has written widely on issues related to events in Nunavut, Nunavik and the circumpolar region.

With files from stories from Nunatsiaq News, which, in 2006, was nominated for a Michener Award for public service journalism for its coverage of climate change.