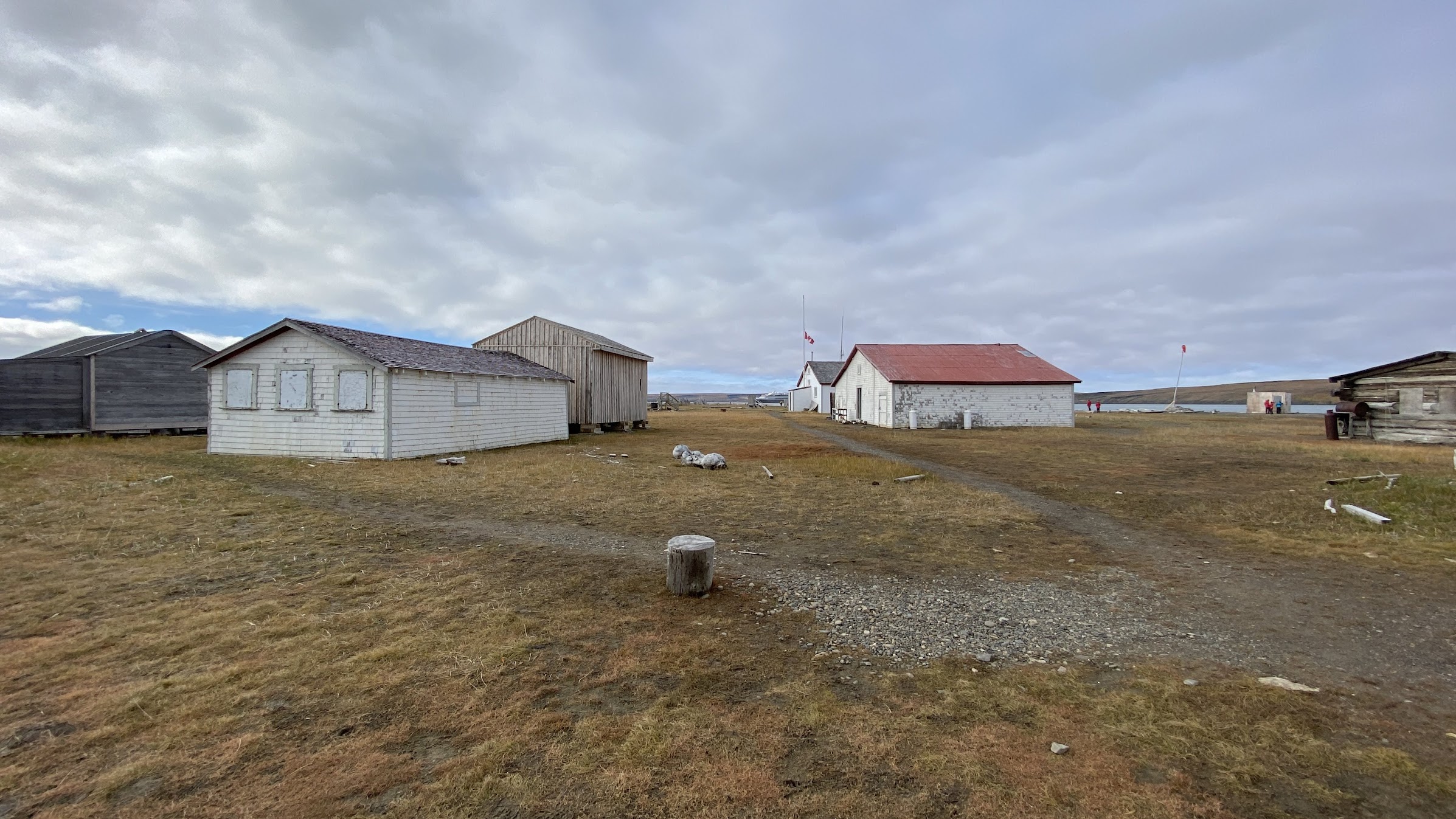 This photo shows Herschel Island in the late summer of 2022. The site is maintained by Parks Canada. (Photo courtesy of Dr. Russell Potter)

Following the July 1923 murder convictions of Tatamigana and Alikomiak, there was a storm of protest across southern Canada led by Bishop J.R. Lucas, of the Church of England.

It was he who first brought to the attention of the public the fact that the court party had been accompanied by a hangman, had carried lumber for the construction of a gallows, and even that graves for the bodies of Alikomiak and Tatamigana had been dug even before sentence was passed.

Lucas painted a pathetic scene of what took place in the Herschel Island courtroom — only a dozen spectators, mostly Inuit, had attended. The defendants appeared not to understand what was going on, Alikomiak laughing often and at inappropriate times.

He was, some argued, probably only 16 years of age.

Lucas portrayed the killings on the Kent Peninsula as responses to cultural conflict, not as reflections of the criminal character of the two Inuit. He blamed one of the victims, specifically the trader, Otto Binder, and northern white society generally, for destabilizing the traditional society of the Copper Inuit.

As he well knew, the traditional society of the Inuit in the western Arctic had been ripped pitilessly from its moorings in an extremely short period of time by an insurgence of white traders in search of fur.

Lucas’s efforts in raising public awareness succeeded in having the hangings postponed. But in the end, he failed to stop them.

At dawn on that date, Alikomiak and Tatamigana were led to the gallows. They appeared to be in high spirits and shook hands with everyone there.

Alikomiak offered the executioner a cigarette and gave a small ivory carving to the wife of the police superintendent. But once he stood on the scaffold, his final words were a declaration that the police had long been the enemies of his people.

Both men were buried in the graveyard at Herschel Island.

Alikomiak and Tatamigana were the only Inuit ever executed by the Canadian government.

In January 1924, the Danish explorer Knud Rasmussen was at Tree River, a guest of the Hudson’s Bay Company. There he learned the story of the sentences passed on Tatamigana and Alikomiak — and that they would be hanged in a little over a week.

Later, he learned that the hangings had taken place. He knew of the rapid culture change that was taking place in the western Arctic, and was sympathetic.

He wrote about the hangings this way:

“Heavy and cumbersome machinery was required to get the two murderers sentenced. Judges, jury and witnesses had to be summoned from long distances … All that great show of judges, jurymen and witnesses made no particular impression on them; they seemed to be at peace with their conscience.

“Both were sentenced to death, but first the sentence had to be confirmed by the highest Canadian authorities. Thus it happened that one evening late in winter, while following their customary occupation of making salmon nets, they were informed that they were to be hanged next morning at three o’clock.

“Young Alikomiak received the news with a smile. The other man, who was somewhat older, felt as if he were choking and asked for a glass of water. Having taken a drink he too was ready to meet his fate.

“Just before they were to be executed they gave the wife of the police sergeant some small souvenirs carved in walrus ivory, as a sign that they bore no malice toward the police.

“They ascended the scaffold with great calmness and met death without fear.”

Rasmussen then described the sad fate of the father of one of the men:

“One of the two men had an old father living on Kent Peninsula. When he got to know that at the command of the white man his son had to undertake the long journey to the eternal hunting grounds, he realized that he must not go up there unless someone was there to receive him.

“This could only be if he killed himself, but the old man was to learn that human life is a tenacious thing. First he tried to shoot himself in the chest with a rifle. When this failed he tried to stab a knife into his heart. As this did not cause death either, he cut his throat and then at last was able to fulfill his self-imposed obligation towards his son.”

In early February 1924, Rasmussen took the time to visit the grave of the deceased and wrote sensitively about the powerful emotions he felt there:

“It chanced that one winter’s day I stood by the old man’s grave, which was only protected against wild beasts by one or two simple skins and some blocks of snow.

“A cold north wind swept over the ground; the drifting snow enveloped me; yet I could not help feeling a stream of warmth through my body, and I had to bow in reverence to the destiny that rested in that lonely grave.

“Somewhere far away a boy had been hanged by strange men; but on this spot an honourable old heathen had taken his part in expiating the crime by giving his life too.”