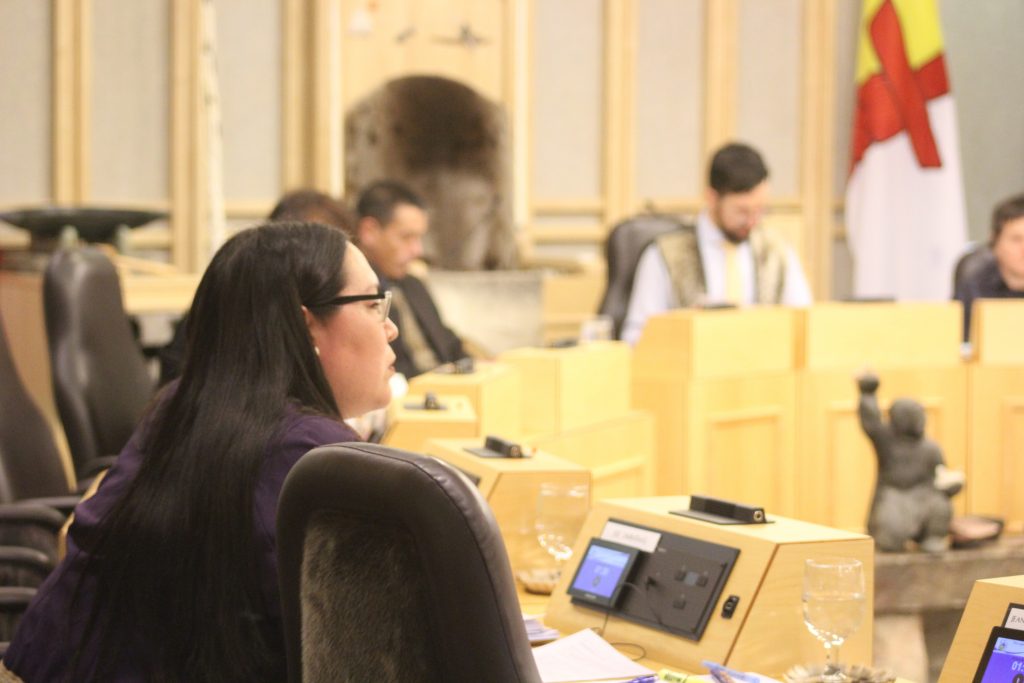 Aluki Kotierk, the president of Nunavut Tunngavik Inc., speaks during the the standing committee on legislation’s hearing on Bill 25, An Act to Amend the Education Act and the Inuit Language Protection Act. (Photo by Emma Tranter)

For an Inuktitut version of this letter, see here.

Re: Education Minister David Joanasie’s letter to the editor on Bill 25

Minister Joanasie wrote a letter published by Nunatsiaq News on Nov. 25, 2019, referencing past exchanges between the Department of Education and Nunavut Tunngavik Incorporated on Bill 25, characterizing these exchanges as motivated by good faith and offering NTI ample opportunity to voice concerns.

The minister is of the view that inviting NTI to public meetings and allowing NTI to listen to the GN’s views at meetings is collaboration. It is not.

Bill 25 proposes to amend the Education Act and the Inuit Language Protection Act, setting out the policy and the method of delivery for the Inuit language of instruction. This is a fundamental policy change that will affect many Inuit parents and Inuit children in Nunavut. As such, Inuit have the right to participate in its development and design.

NTI was not provided the opportunity to participate in the development of the policy aspirations outlined in the legislative proposal for Bill 25. Not only is this contrary to the government obligations outlined in the Nunavut Agreement, experience demonstrates that past partnerships led to the passing of legislation that better incorporated Inuit goals and objectives.

NTI has in the past co-developed legislation with the Government of Nunavut, such as the Inuit Language Protection Act, the Official Languages Act and the Wildlife Act. Knowing it can be done, NTI reached out to the premier and the ministers on Jan. 8, 2018, conveying NTI’s willingness to constructively work with the newly elected government in active partnership and collaboration on Inuit priorities, including on education, language and culture.

The Department of Education did not provide its legislative proposal to NTI until Aug. 31, 2018, when the department provided its list of planned community consultations. This left NTI less than a week to analyse Bill 25 and prepare and plan for the Nunavut consultation tour. This is not collaboration.

The department hosted the consultations with a narrow scope, and did not make any attempts to significantly address or accommodate concerns raised by Inuit, NTI and other organizations such as the district education authorities and the Coalition of Nunavut District Education Authorities, who also attended.

I remind the minister of education again that the Nunavut Agreement clearly outlines the obligations to fulfil Article 32, and that the Department must act purposively, with due diligence and uphold honour of the Crown when it collaborates with Inuit.

NTI believes that rewriting of the Education Act in fulfilment of Inuit participation obligations requires a fundamental change in the department’s approach, and full recognition of Inuit rights.