The Trudeau government 2.0: prepare for a letdown 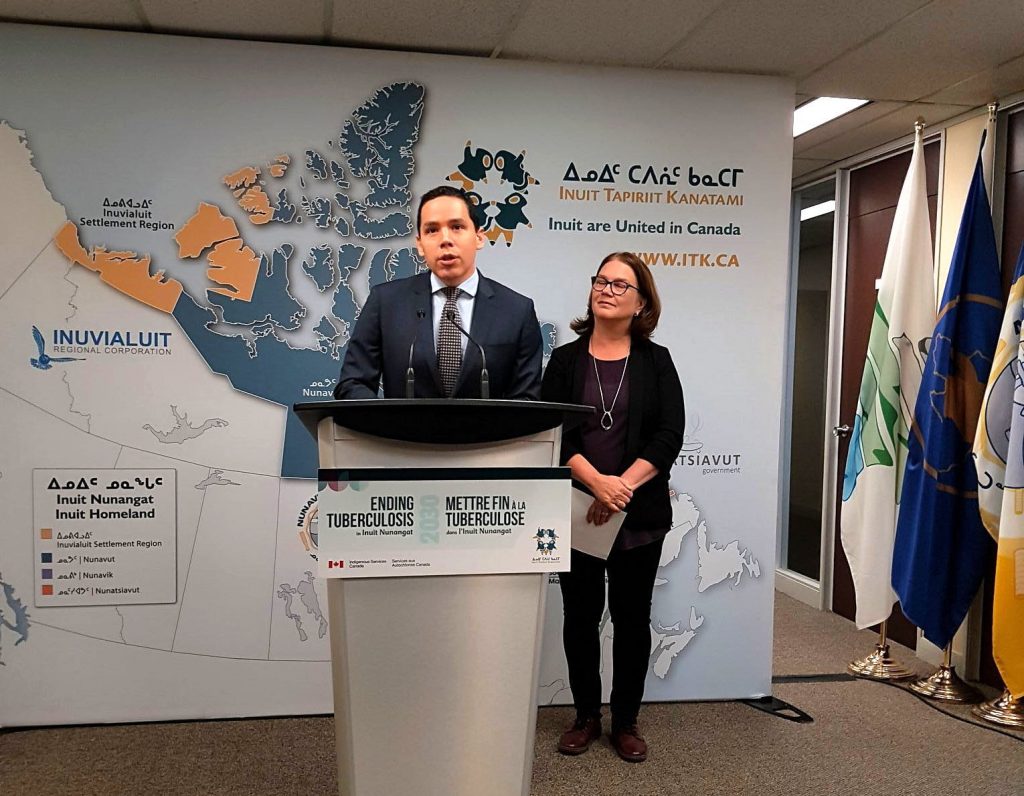 Jane Philpott, then the Indigenous services minister, is seen on March 23, 2018, with ITK President Natan Obed, while promising that the federal government will eliminate tuberculosis from Inuit Nunangat by 2030. Less than a year later, she quit the federal cabinet. (File photo)

You may have noticed that during the recent federal election campaign, none of the national party leaders spent much time talking about issues that matter to residents of Nunavut and other northern regions.

That’s no surprise. The major political parties appeared to have calculated that across mainstream Canada, which means southern Canada, there are few votes to be gained by talking about remote northern regions most southern Canadians have never heard of.

The Liberal government signalled that themselves, with their dump-and-run release of the much-delayed Arctic and northern policy framework the day before the campaign period officially started.

During the election campaign, Indigenous-specific issues, many of which overlap with northern issues, didn’t get much attention either.

So for the new reduced version of Justin Trudeau’s government, whose cabinet members took their oaths of office this past Nov. 20, all signs point to a continuation of that indifferent attitude.

Here’s just one example. It concerns one of the most significant promises to the North the Trudeau government has made since gaining power in 2015: to eliminate 50 per cent of tuberculosis cases from Inuit Nunangat by 2025 and to eliminate the disease entirely by 2030.

That included a starter fund of $27.5 million over five years, the spending of which is “self-determined” by the four members of Inuit Tapiriit Kanatami.

But that bold pledge already smells like a broken promise. For starters, the TB elimination campaign has lost its most credible and competent federal government champion: Jane Philpott, the Indigenous services minister who made that promise.

She quit Trudeau’s cabinet this past March 4 to protest his shabby treatment of Jody Wilson-Raybould. She did so only four days before Trudeau flew to Iqaluit to apologize for Canada’s mistreatment of Inuit patients with tuberculosis in the 1950s and 1960s.

Since then, a cone of silence has descended on the Arctic tuberculosis issue. Even during the election campaign, it received little attention.

And as of now, work on TB elimination appears to have ground to a halt.

For example, in Nunatsiavut, where the active TB rate between 2006 and 2016 was recorded at 248.5 per 100,000, health authorities have done only one community-wide screening.

That occurred in Nain, in 2018, following a major outbreak in which scores of people developed active TB and a 14-year-old boy died of the disease at a hospital in St. John’s.

But no community-wide screenings appear to have been done in Nunavik since early 2018, when Philpott made her announcement.

Indeed, most of Nunavik’s recent mass screenings appear to have occurred in reaction to earlier TB outbreaks, when Stephen Harper’s Conservatives were still in power, long before Trudeau’s Liberal government was elected.

In 2018, the Government of Nunavut’s Department of Health ran mobile screening clinics in Qikiqtarjuaq and Whale Cove, reaching about 90 per cent of people in those communities. They did the same in Cape Dorset this year, screening about 80 per cent of the population.

(One major exception is the Inuvialuit settlement region of the Northwest Territories. There, no active TB cases were reported between 2007 and 2016.)

Tuberculosis is a disease of poverty. That’s been pointed out so often, it’s become a cliché. But it’s true. Where people are poorly nourished and poorly housed, tuberculosis thrives.

And by the national measure of overcrowdedness, 140 of those 370 units were deemed “unsuitable” by Canada Mortgage and Housing Corporation standards. That means they don’t have enough bedrooms to accommodate the number of people who live in them.

There are few places in Canada where people are more poorly housed. It’s no wonder, then, that over the past two decades, TB became a public health emergency in Nunavut and other Arctic regions.

And it’s inconceivable that TB can be eliminated in these communities without a dramatic increase in the number and quality of social housing units.

But during the run-up to the last election campaign, Trudeau’s party offered nothing on Inuit housing, other than a regurgitation of 2016 and 2017 federal budget commitments. On this issue, they can’t even be accused of breaking a promise. Such was their indifference that they never made one in the first place.

That, in essence, represents how they’ve responded to one of Canada’s worst public health emergencies, where the rate of active tuberculosis in the Inuit regions is more than 300 times greater than the rate found among the non-Indigenous Canadian-born population.

And in Nunavut, it might be even worse than we think. A report last year found more than one in every 100 infants in Nunavut may have the disease.

So if that indifference characterizes their response to a dire public health emergency, how much indifference are the Trudeau Liberals likely to show on other issues, such as mental health, community infrastructure, post-secondary education, and so on?

If you’re wise, you’ll keep your expectations low. If you don’t, you’d better prepare yourself for a big letdown.JB