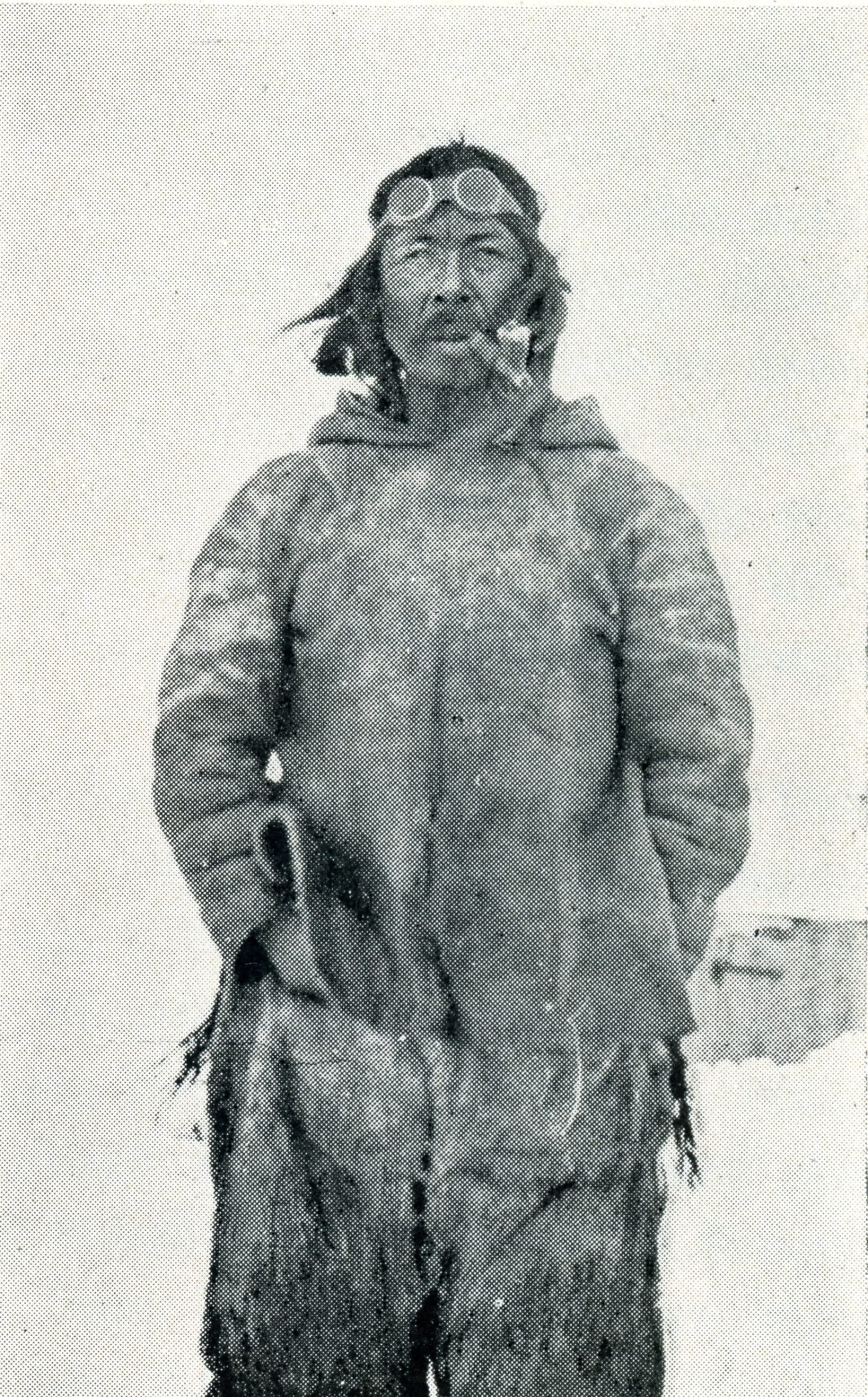 By March 1923, the work of the Fifth Thule Expedition that could be undertaken from its base at Blæsebælgen on Danish Island had largely been completed.

It was time for most scientific members of the expedition to complete their work plans and leave for Denmark, albeit by varying routes.

Their work, though, would continue en route.

On the morning of March 11, the last expedition council was held. Despite its grandiose name, this was simply a meeting of personnel to ensure everyone was aware of the expectations that remained for them. European food supplies were nearly exhausted, and coal was running low.

Early the same afternoon, Knud Rasmussen left with Qaavigarsuaq and Arnarulunnguaq on the great sled journey that would take them across the top of North America to Alaska and Siberia.

On March 23, Kaj Birket-Smith and Jacob Olsen began their homeward journey by heading south, initially with the help of trusted guide Aullanaaq. They travelled down the coast, and eventually to Winnipeg, New York and Copenhagen.

A day before their departure, Therkel Mathiassen had left for Pond Inlet.

Mathiassen had done important archeological work at Naujaat, a few kilometres east of the trading station at Repulse Bay, at Aivilik just west of that station, and at Southampton Island.

He found solid evidence of what had only been supposed before, the existence of a culture ancestral to that of the modern Inuit.

He was anxious to continue the cartographical and geographical work he’d begun the previous year and make an ethnographic study of the Tununermiut, the people of the Pond Inlet area. He would, of course, do archeological work at Pond Inlet which, he noted, was about midway between Repulse Bay and Thule, the site where earlier examples of the technology of the new culture had been excavated.

He had spent time at the shaman’s various camps on many occasions since the start of the expedition, but the attraction there was more than just the information he was able to glean from the old shaman: Mathiassen had taken a young woman of the camp as his lover.

She was probably Arnaujaq, the young wife of a man named Quviq. She had been born about 1900, the daughter of a Scottish whaling captain, Alexander Murray Jr.

Mathiassen may have had more than one lover in the camp. In the movie The Journals of Knud Rasmussen, a fictionalized version of some events on the expedition, Mathiassen is infatuated with Aua’s daughter, Aapak.

On his final stay at the camp, however, Aua joked with Mathiassen about the young Dane’s wives, telling him he must remember to tell Asta [Mathiassen’s wife in Denmark] “who was your wife in Southampton Island.”

He may have had numerous lovers, but only Leah Arnaujaq bore his child, a girl named Amaslak. Unfortunately, there is no accurate record of her birth date, it being recorded only as “around 1924.”

Whether Mathiassen knew he had left a child behind is unknown. In the book he wrote about the expedition, there is no mention of Leah Arnaujaq. Aapak is mentioned only in a fleeting reference, in which he notes Tagurnaaq’s sarcastic comment that Aapak had become a Christian for her food, a reference to the fact that those who adopted Christianity no longer were bound to follow food taboos.

Mathiassen reached Iglulik in mid-April, but found all the “men of importance” had already left to trade at Pond Inlet, where a new trading post had been established by the Hudson’s Bay Company two years earlier.

Continuing on through Steensby Inlet, he learned the hunters there had also left for Pond Inlet. This dashed his hopes of mapping the unknown Baffin coast between Iglulik and Piling. 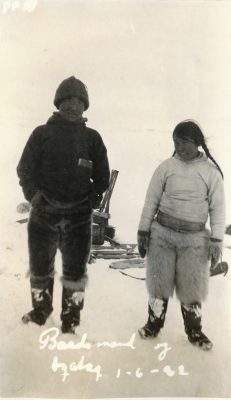 They traversed Baffin Island and reached the head of Milne Inlet where they got four caribou on May 13. From there, soft snow made progress slow.

Travelling along the coast of Eclipse Sound, they visited numerous Inuit camps, and reached Pond Inlet on May 21. Mathiassen stayed with HBC trader Gaston Herodier, using his post as a base for his summer scientific work. He excavated sites near the station at Button Point on Bylot Island, and at the rich site Qilalukan near the trading station.

A few days after Mathiassen’s arrival, Umik, “the prophet from Iglulik,” arrived. Many of the people of Pond Inlet had already converted to his religion before his departure the previous year for Iglulik. Now they “assembled on the shore … and they sang a hymn; only then did they rush forward and shake him by the hand; even the dogs were taken by the paws!”

That summer, the Canadian government ship Arctic brought the apparatus of Canadian judicial procedure to Pond Inlet, and Mathiassen observed the trial of three Inuit accused of the murder of trader Robert Janes.

Mathiassen wrote that the trial was “an enormously tedious process of which the Eskimos understood very little.”

He left Pond Inlet with his collections on Sept. 18 aboard the HBC supply vessel Nascopie after “exactly two years on Canadian soil.” Travelling via Montreal, Ottawa and New York, he reached Copenhagen on Oct. 30.

In addition to his popular Danish book, Med Knud Rasmussen Blandt Amerikas Eskimoer [With Knud Rasmussen among America’s Eskimos], Mathiassen authored major works in the reports of the Fifth Thule Expedition: Report on the Expedition (1945), Contributions to the Physiography of Southampton Island (1931); Contributions to the Geography of Baffin Land and Melville Peninsula (1933); Material Culture of the Iglulik Eskimos (1928); and Archaeology of the Central Eskimos (1927).