Nunavummiut will elect a new MP on Oct. 21 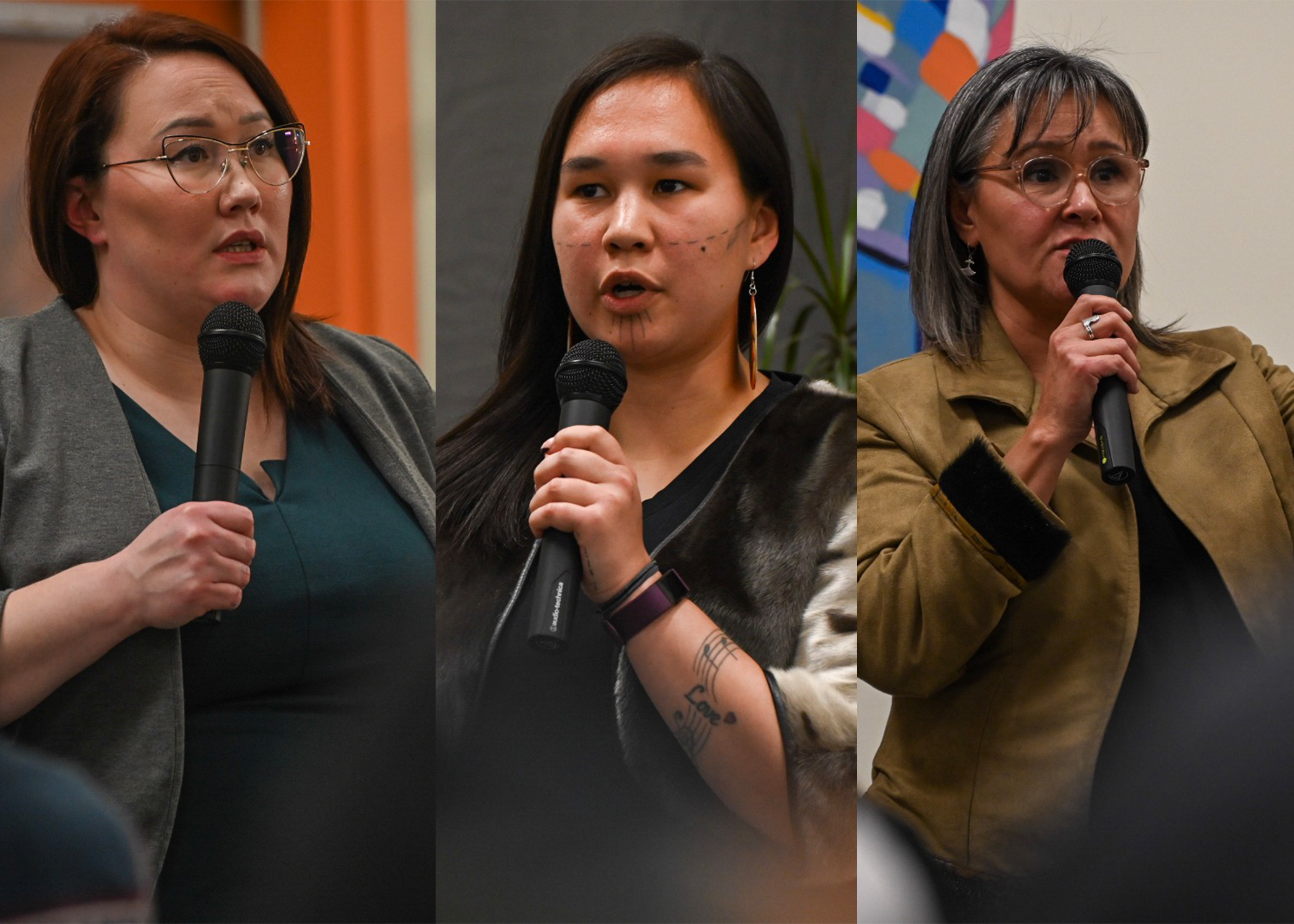 After weeks of criss-crossing Canada’s largest riding, three of Nunavut’s federal candidates found themselves in the same room in Iqaluit on Tuesday, Oct. 15.

The debate, attended by more than 60 people, was hosted by the food centre as part of a series of Eat Think Vote events held by Food Secure Canada across the country to discuss income and food security.

Megan Pizzo-Lyall, Nunavut’s Liberal candidate, said the three candidates are examples of what she calls a “triple threat.”

“Educated, Inuk and women,” Pizzo-Lyall said to cheers and applause from the audience.

Each candidate had the opportunity to respond to six questions related to food security.

The audience then had a chance to put their questions to the three candidates.

Throughout the debate, all three candidates often agreed with each other on topics like housing, climate change and food insecurity. 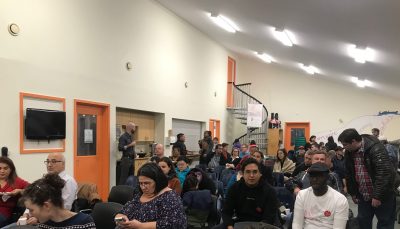 Pizzo-Lyall said the program needs to be improved.

“We can’t just scrap the program. We definitely need to use what we have with it and make sure that we make it better. So, with that said, my solution to this issue would be to increase the amount of communication, consultation and input from the people that it impacts the most, which is in Nunavut,” Pizzo-Lyall said.

Aglukkaq, who was a sitting MP when Nutrition North was created in 2011, said the program is better than what was in place before.

“The food mail program was not perfect. Absolutely not. Nutrition North program is not perfect, but to eliminate the program is not an option…. We have to come up with solutions that will help us better distribute the subsidy available to Nunavummiut,” Aglukkaq said.

Qaqqaq said the NDP will commit to reforming Nutrition North, focusing on “collaboration, not consultation.”

Candidates were also asked what solutions they saw to creating affordable and accessible housing in the territory.

For Qaqqaq and the NDP, the first step would be to implement a housing strategy co-developed with Inuit.

“This means sustainable and dedicated funding for our remote communities, ensuring that Inuit communities have resources to make homes greener and more energy efficient, to be able to cut costs,” Qaqqaq said.

Qaqqaq also said she would commit to tackling the mould crisis in Nunavut.

Pizzo-Lyall agreed, adding that the Liberal government already has a plan in place to build more affordable homes.

“In 2017 we introduced funding to increase the number of public housing units across the territory and I also believe we need more. I’m that right person to make sure in Ottawa they know, we deserve more in Nunavut,” Pizzo-Lyall said.

“It will take approximately 60 years to catch up to 4,900 people on the waiting list in Nunavut with the current funding that is in place. That is absolutely unacceptable,” Aglukkaq said.

“We have a plan to put a price on pollution. We have a plan to be net zero by 2050 with our emissions. And we want … clean oceans, clean lands and clean energy. I have that vision for Nunavut and I wanted to have that chance to implement it,” Pizzo-Lyall said.

“I worked on setting the Paris targets that are often referred to by the media today. Those were targets I submitted on behalf of Canada. That’s why I also know that carbon tax is not going to lower emissions.… Shipping tax is what I call that because we depend on the sea lift and the airline to the North,” Aglukkaq said.

That comment from Aglukkaq caused Pizzo-Lyall stand up and address the audience.

“Leona keeps referring to a carbon tax and then she’s calling it a shipping tax. Here in Nunavut we are exempt from the carbon pricing on electricity. We’re exempt from the air transportation carbon pricing. Further to that, Nunavut residents get a 50 per cent rebate on top of that so, whatever she keeps talking about, I’m not sure where that’s coming from.”

Qaqqaq said the NDP knows the world is facing a climate crisis.

“Treat it like it is. It’s a crisis, it’s a climate crisis that we face. We have lost hunters, we have lost people,” she said.

“We will invest in Inuit-led science and support the creation of Inuit-managed protected areas,” she added.

Annabella Piugattuk, who attended the debate and asked a question during the open-question segment, said although she had already made up her mind about who she was voting for, she was glad she came.

“I wanted to see what the turnout was going to be and what the responses were going to be,” she said.

“They answered in a way they wanted us to hear, I guess. But Mumilaaq to me had the most straightforward answers.”

For Duncan MacKay, who grew up in Iqaluit, both Qaqqaq and Pizzo-Lyall stood out to him during the debate.

“I quite enjoyed the format. I think it gave opportunities for the candidates to shine in their respective ways,” he added.

The federal election is on Monday, Oct. 21.