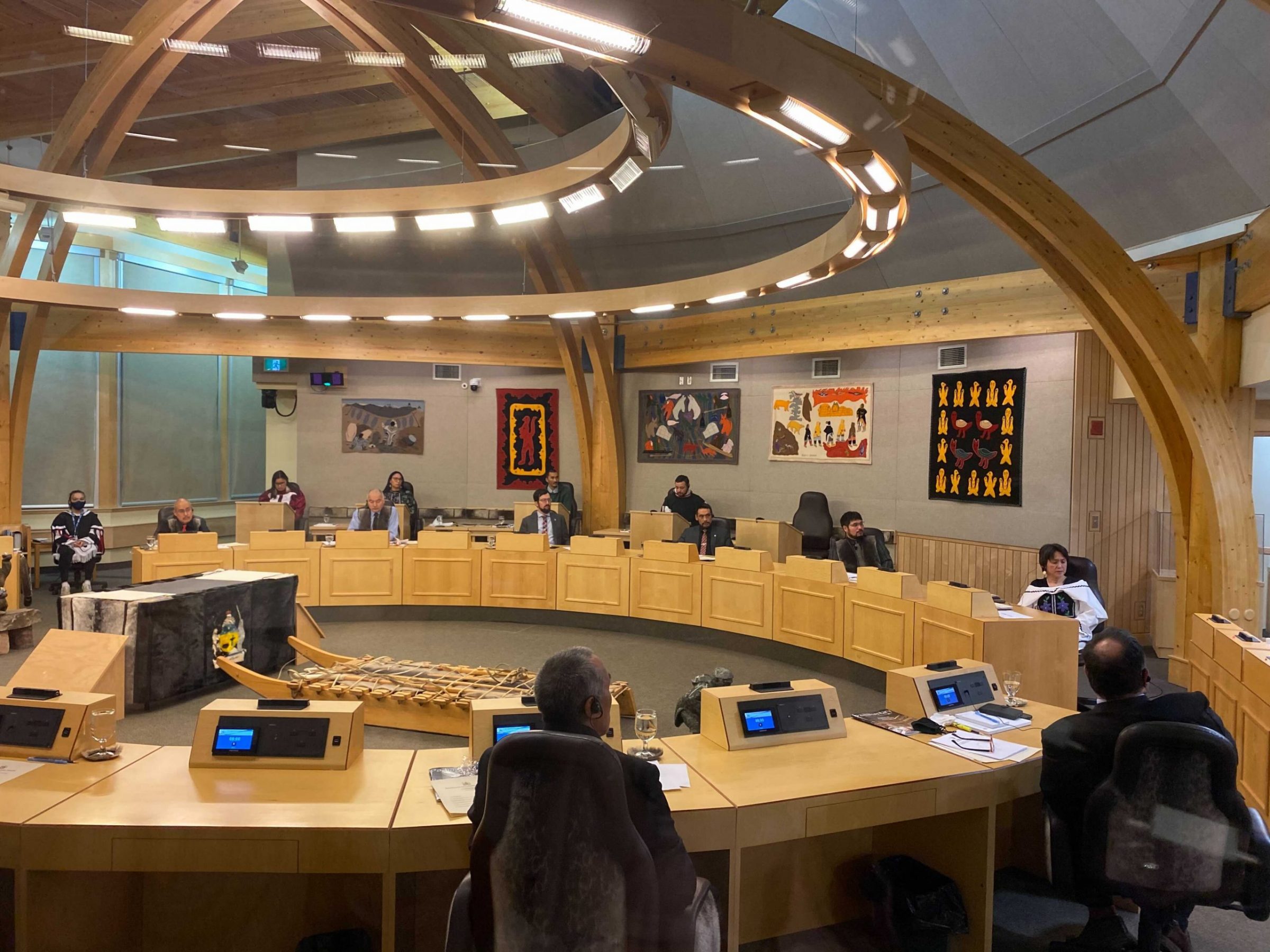 P.J. Akeeagok and Lorne Kusugak are challenging Joe Savikataaq for the premier seat Wednesday in the legislative assembly. (File photo by Mélanie Ritchot)

A three-way race is underway for the premiership of Nunavut as MLAs meet Wednesday for the first time since the Oct. 25 election.

Joe Savikataaq, who was the territory’s premier in the previous legislative assembly, is seeking another term. He’s facing challenges from Health Minister Lorne Kusugak and newcomer MLA P.J. Akeeagok, who had been president of the Qikiqtani Inuit Association until he resigned to run for a seat in the legislature.

Under Nunavut’s consensus government, where there are no political parties, voters do not determine who leads the government. MLAs pick those leadership positions after the election.

Each premier hopeful gets a chance to make a case for themselves as the best fit for the role. MLAs vote for their new premier by secret ballot after their speeches and a question period.

The day started with MLAs picking their new Speaker of the legislative assembly. Tony Akoak was given that role.

Once the premier is elected, MLAs will turn their attention to filling eight cabinet positions. Cabinet ministers, along with the premier, form the government to lead the territory until the next election.