“Finally, Inuit have the tools to do the important work” 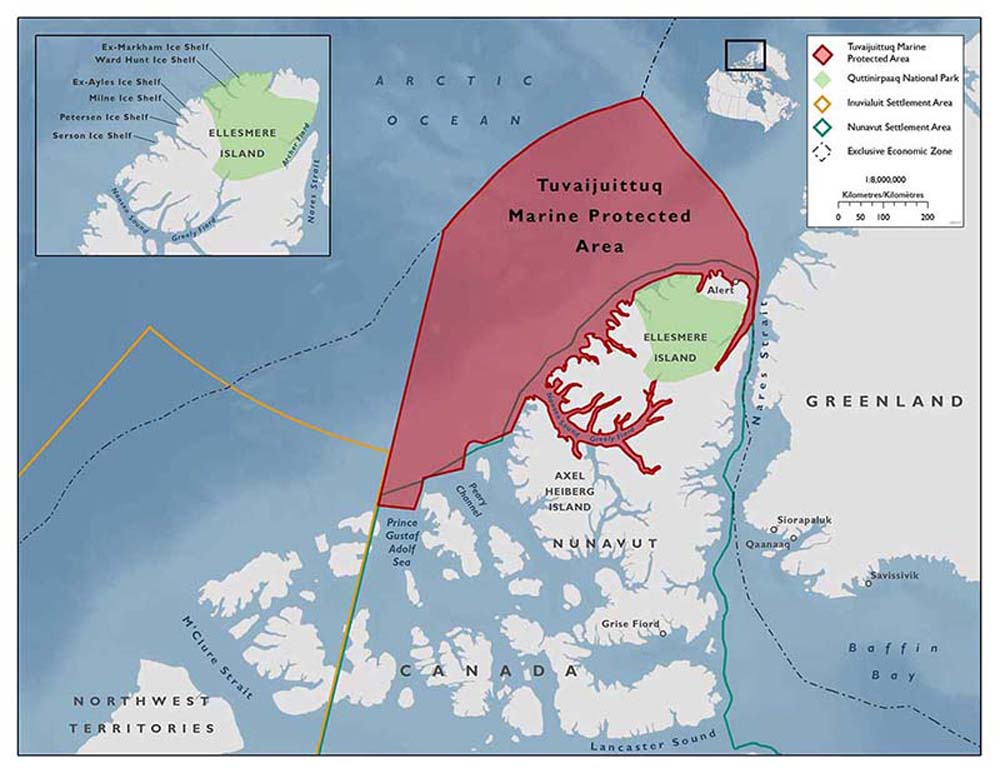 Prime Minister Justin Trudeau was in Iqaluit on Thursday, Aug. 1, to announce the first step in the creation of a long-term protected area in Canada’s High Arctic Basin—the new Tuvaijuittuq Marine Protected Area. 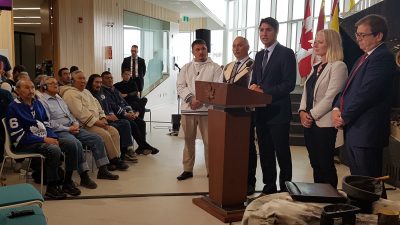 The federal government has announced a new conservation area off the northwest coast of Nunavut’s Ellesmere Island.

Prime Minister Justin Trudeau travelled to Iqaluit on Thursday, Aug. 1, to announce the creation of Tuvaijuittuq Marine Protected Area. Tuvaijuittuq, which in English means “the place where the ice never melts,” is also known the “last-ice area,” as it’s expected to retain year-round sea ice until 2050.

Together, these areas cover more than 427,000 square kilometres, which means Ottawa has now met its goal to protect 10 per cent of Canada’s marine areas by 2020.

The protection status prevents any new activity in those areas for up to five years, through Inuit can still harvest from either region.

“By protecting these vital areas, we are safeguarding our environment for future generations while advancing Inuit self-determination and preserving Inuit cultural practices, languages, and customs,” Trudeau said at the Aug. 1 press conference, held at Nunavut Arctic College.

The IIBA for both protected areas aims to promote Inuit stewardship, providing an additional $55 million for Inuit training and employment.

“Finally, Inuit have the tools to do the important work of being the eyes and the ears of [these areas],” said Qikiqtani Inuit Association president P.J. Akeeagok.

Akeeagok presented the prime minister with a marble carving of an Inuk hunter holding a harpoon over a narwhal, which he said should serve as a reminder of “the connection that Inuit have to this region.”

Prime Minister Trudeau was headed on Thursday afternoon to Arctic Bay, the gateway to Tallurutiup Imanga, to visit Victor Bay and participate in a community feast.

This evening, Trudeau will be back in Iqaluit to help announce the Nunavut Liberals’ federal candidate, Megan Pizzo-Lyall.

During this visit to Nunavut, the prime minister has faced some criticism over the frequency of visits to the territory, compared to that of former prime minister Stephen Harper, who made a point of spending a week in the North each summer.

But Trudeau urged Nunavummiut to look at the substance of the work his government has done in the North, especially through the Inuit-Crown Partnership Committee established in 2017.

“There is a relationship now between the Crown and Inuit based on respect and partnership,” Trudeau told reporters on Thursday morning.

The most recent evidence of that is the government’s apology for how it mismanaged the tuberculosis epidemic among Inuit between the 1940s and 1960s, along with a commitment to eradicate the disease from the North by 2030.

But, Trudeau added, “there is an awful lot more to do.”