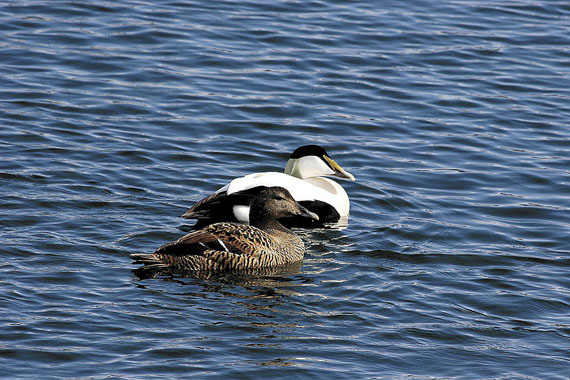 Two suspected cases of avian flu have been found in Nunavut, the Government of Nunavut said in a news release Friday.

The Canadian Wildlife Service detected the cases near Sanikiluaq and Cambridge Bay during surveillance testing, according to the Department of Health.

In Sanikiluaq, the suspected case was discovered in a thick-billed murre, which is a large seabird, on Coats Island. In Cambridge Bay, one was detected in a herring gull.

The GN said both samples have been sent for testing, with results expected in the coming weeks.

Avian or bird flu is a viral infection found among birds including domestic poultry and wild birds such as ducks and geese.

It has been detected in birds in all 10 provinces and the Yukon so far.

No evidence suggests avian flu can be transmitted to humans and the risk of infection for the general public is considered low, said the news release from the GN.

“In general, human cases of avian influenza are caused by close, prolonged contact with infected live or dead poultry or contaminated environments,” states the release.

“While the risk of human infection with avian influenza viruses is low, individuals should always use basic hygienic precautions when handling wild birds.”

For Nunavummiut who engage in wild bird and egg harvesting, the GN recommends taking steps to minimize the spread and risk of avian flu. This includes wearing gloves, washing hands regularly, and cleaning soiled clothes and equipment as soon as possible.

However, it said, avian flu is highly infectious among birds. Signs of possible avian flu in birds includes trembling or lack of co-ordination, swelling around the head, neck and eyes, and diarrhea or sudden death.

The Health Department advises anyone who notices unusual deaths or illnesses among birds to contact the local conservation office. Anyone who feels very sick after handling a bird should contact their local health centre.