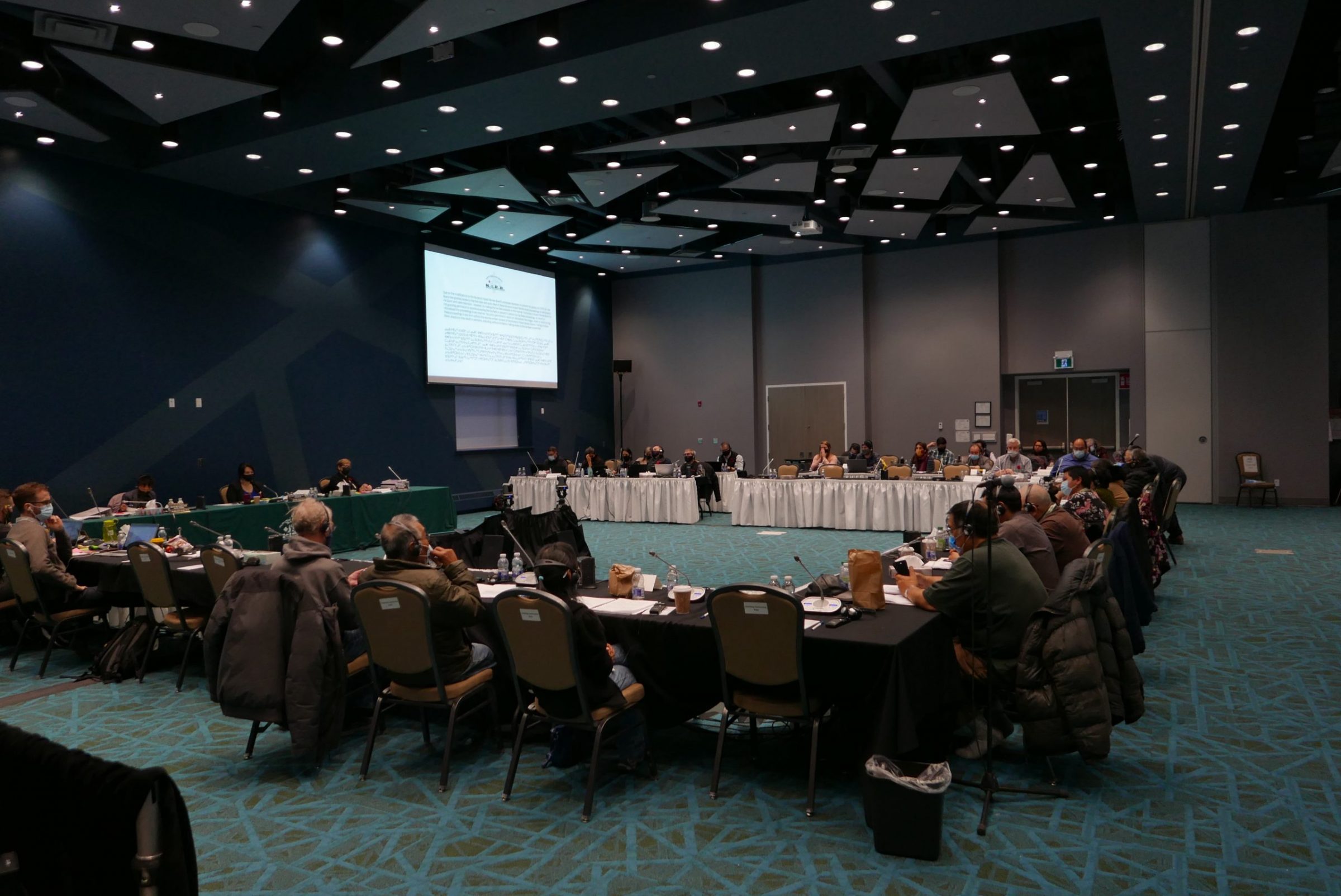 Two more hamlets have announced their support for the proposed expansion of the Mary River iron mine, following suit with Arctic Bay, which announced its support last week.

Grise Fiord voted unanimously in favour of supporting the expansion on the condition that environmental monitoring programs and “any agreed outcomes” from the hearing be fully enforced, according to a document filed in the Nunavut Impact Review Board registry.

Baffinland wants to build a 110-kilometre railway from the mine to Milne Inlet, double its iron ore shipments through the Tallurutiup Imanga marine conservation area and add another dock at its port.

But North Baffin residents continue to express concerns about the environmental impacts of the mine – especially the impact of shipping on marine mammals that are traditionally harvested by Inuit.

Food security was a top-of-mind concern raised by community representatives at the board’s hearing in Iqaluit on the mine expansion on Tuesday.

Kaujak Komangapik, a board member of the Mittimatalik Hunters and Trappers Organization, said this summer there were hardly any whales in Eclipse Sound, one of the bodies of water near Pond Inlet that Baffinland ships through.

“It was really hard this summer in terms of food. We hardly had any food to sustain us throughout the year,” Komangapik said.

Komangapik said wildlife has already been impacted by mining and will be impacted further if the expansion proceeds.

“My heart was breaking when I really thought about how damaging this is to our land, the environment, the Earth that feeds us that’s being broken,” Komangapik said.

The number of narwhal in Eclipse Sound decreased to 5,018 in 2020 from 9,931 in 2019, according to marine monitoring programs completed by Golder Associates, a firm hired by Baffinland.

There may be other factors at play behind the decline in narwhal, beyond Baffinland’s operations, according to those findings, such as the presence of killer whales and other construction in the area.

Research by Oceans North and Josh Jones, a marine acoustics researcher with the University of California, San Diego, shows that narwhal in Eclipse Sound have been avoiding areas near Baffinland’s largest ships, which emit around 120 decibels when they are about one kilometre away. Narwhal feeding can be affected by ships five kilometres away.

Baffinland has noise mitigation measures in place, such as speed restrictions and limits on the length of time ships are close to the floe edge, said Melanie Austin, a senior scientist with JASCO Applied Sciences, which is a firm hired by Baffinland.

The company also has supports in place to help address food security, said Udloriak Hanson, the company’s vice-president of community and strategic development.

For example, Baffinland proposes that it will have no more than 168 ore carrier transits per year, and every time a carrier passes through the community, a working group in the hamlet gets $10,000.

He said the food insecurity has been emotional and detrimental to hunters’ livelihood.

“Our hunting areas are spoiled. Our water, drinking water as hunters, has been destroyed and there’s no more caribou in our area, there’s no more narwhals and whales. We now have only a few animals that we can consume now, or hunt,” he said.

“This [is] a very emotional topic because we’re talking about things very important, like food, harvesting and potential impacts that are already being felt now,” Hanson said. “It’s difficult to hear some of the comments.”

In the next decade, 1,830 Nunavummiut in Igloolik, Pond Inlet, Clyde River, Arctic Bay and Sanirajak will have reached working age and the company’s Inuit employment is trending upwards, from 144 at the start of 2017 to 441 at the end of 2019, according to a presentation by Baffinland.

Karlik said Baffinland can provide around 1,000 jobs to the growing Nunavut workforce.

“Some of the people who have worked at the mine sites now have disposable incomes that will help people to have a chance to go out and purchase the necessary hunting equipment,” he said.

The Nunavut Impact Review Board is set to conclude the hearing’s in-person meetings on Saturday.