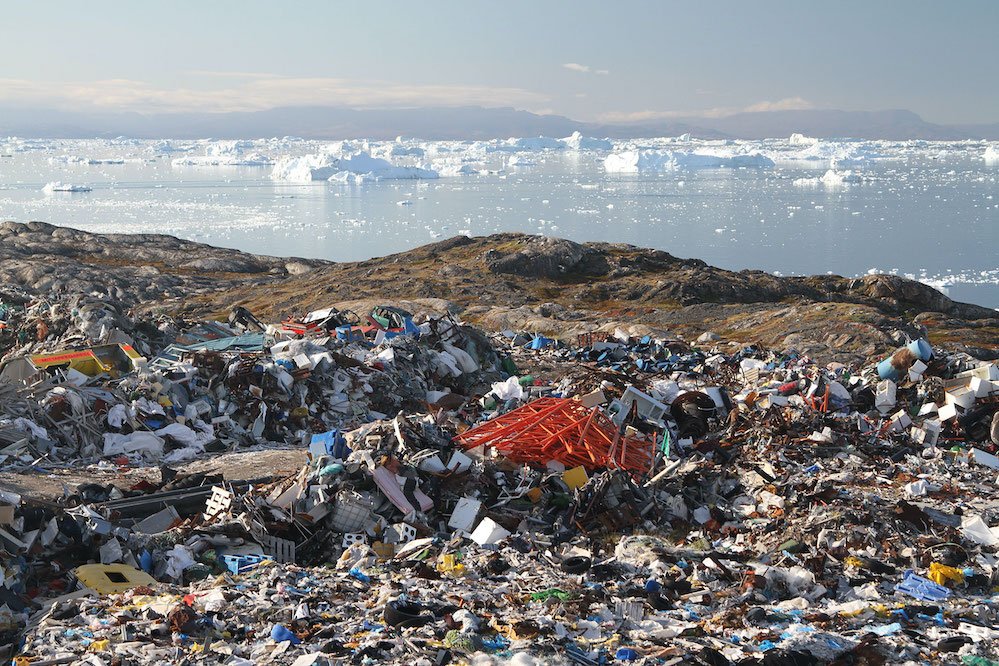 Plastic and other light material blown from Greenland’s open dumps often winds up in nearby fjords. (Arctic DTU)

Two new trash-to-energy systems are expected to provide residents of Greenland’s two largest cities with heat and hot water while at the same time helping the country address a lack of waste management facilities.

When completed in 2021 and 2022, the new two incinerators in Nuuk and Sisimiut, each being built at a cost of 200 million kroner (CA$42 million), will produce hot water that is piped to homes and businesses in district heating networks.

The proposal to centralize waste processing at two facilities was put forward in 2019 by Naalakkersuisut, the administration, and formalized in a 10-year national waste-management plan published in June.

In connection with construction of the two incinerators, transfer stations will be established in towns and hamlets where waste can be stored until it is shipped to Sisimiut. Glass, metal and other types of waste that cannot be incinerated will be removed, sorted and stored at local dumps.

In many cases, the dumps are unstaffed, and that, combined with a situation in which the country produces 30 percent more waste than it existing incinerators can process, has led to unauthorized waste dumping and incineration.

In addition to being eyesores, the dumps pollute the ground where they are situated, while light items like plastic are carried by the wind, polluting a wider area and, in some cases, winding up in adjacent fjords or local sources of drinking water.

Initiatives are underway to make improvements at some of the dumps that will reduce flyaway waste, either by fencing the sites in or by installing machines that can compress waste into bales that are more easily stored and shipped. The improvements are part of a 10-year, 50-million kroner initiative by Naalakkersuisut to improve waste management.