“This response is based on our concern for the health of the community,” says Cambridge Bay mayor 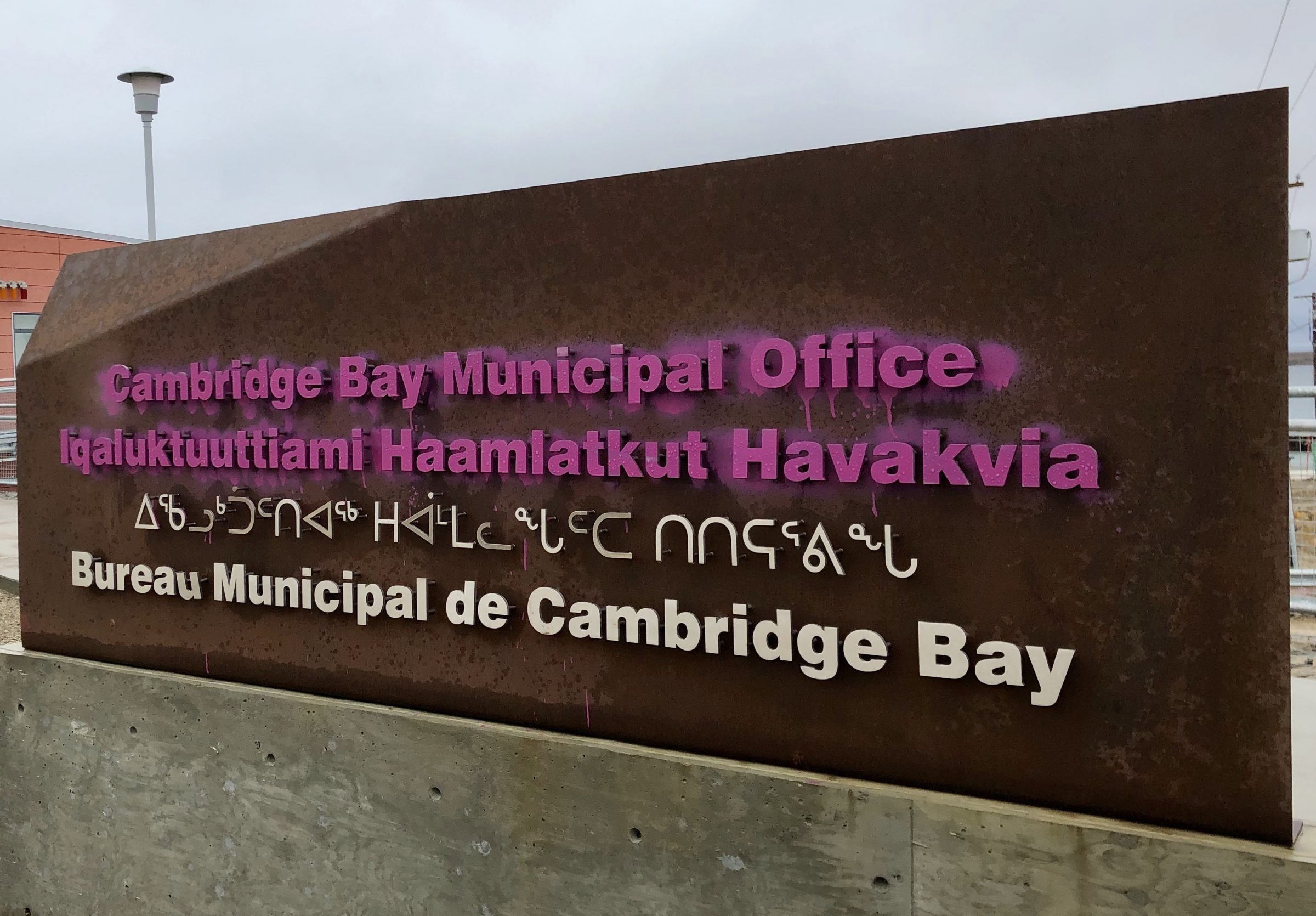 Cambridge Bay, Coral Harbour and Igloolik are asking non-essential visitors to stay away to curb the spread of the new coronavirus. (Photo by Jane George)

Three Nunavut communities say they want visitors to stay away to help keep them safe from the new coronavirus, COVID-19.

The Hamlet of Coral Harbour, which has a population of about 900, put out the message on Thursday, March 12, that they don’t want any visitors from outside the community coming to town, especially from the south, to lessen the dangers of the COVID-19 infection.

“So if your organization is expecting people/group this month or in the next few weeks, please ask them to cancel or postpone,” said SAO Leonie Pameolik in a Facebook posting.

The Hamlet of Cambridge Bay also said on March 12 that it has cancelled all staff travel from Cambridge Bay and would like all those planning to travel to the western Nunavut hub to rethink their own plans to visit.

The hamlet plans to reassess all activities that involve “significant” gatherings of people on a case-by-case basis.

“This response is based on our concern for the health of the community and particularly the Elders and those with compromised immune systems, who are most at risk in the event of infection,” said Mayor Pamela Gross in a public announcement.

Gross also asked those planning to visit the community of about 1,800 for “business or pleasure” to support the municipality by reconsidering their travel arrangements.

As an alternative, think about a teleconference or video-conference, she said.

Cambridge Bay is a hub for the western Nunavut, as well as the site of the Canadian High Arctic Research Station, which receives many visiting delegations and researchers.

At least one researcher from Ottawa changed her plans to head north.

Based on advice from sources on the ground, I have decided to cancel my scoping trip to the Arctic, so I can respect the community’s concerns about outside visitors coming to the community. I am disappointed but respecting the community’s safety & wishes is what matters most.

The Hamlet of Igloolik is also asking all non-essential visitors to stay out for the time being.

Mayor Merlyn Recinos said late Friday afternoon that he had just come from an emergency hamlet meeting, where this was decided.

But researchers and people visiting for personal reasons are asked to stay away for now.

Recinos said he didn’t know how this would be enforced, but suggested they could have someone screening visitors at the airport.

While the Government of Nunavut has not advised a halt on travel to and from the territory, Greenland’s prime minister, Kim Kielsen, said on March 12 at a news conference that residents of Greenland should not to travel unless it’s necessary.

Greenland’s four political parties, meanwhile, called for a total shutdown of travel and activity on the island, although there are no positive cases of COVID-19 yet.

(with files from Meagan Deuling)