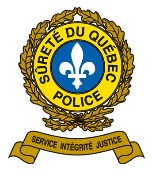 A suspect is in custody after a stabbing incident in Umiujaq that left one man dead and another injured last week. (Image courtesy of Sûreté du Québec)

One man died and another is in custody after a stabbing in Umiujaq, Nunavik, last week, according to the Sûreté du Québec.

Sgt. Nancy Fournier confirmed there was a violent altercation involving three people in the community of approximately 540 people on April 12 at about 8:30 a.m.

Peter Jr. Crow, 47, died after being stabbed, Fournier said. Another man in his 20s was also stabbed but is expected to survive.

Police arrested Willie Tumic, 29, who appeared in court in Amos, Que. on April 13, charged under section 235 of the Criminal Code, which covers both first and second-degree murder.

Tumic is being held in custody and the investigation is ongoing, Fournier said.

The Nunavik Police Service arrived on scene first, but later transferred the investigation to the Sûreté du Québec police service.