Vaccination against monkeypox available in Nunavik 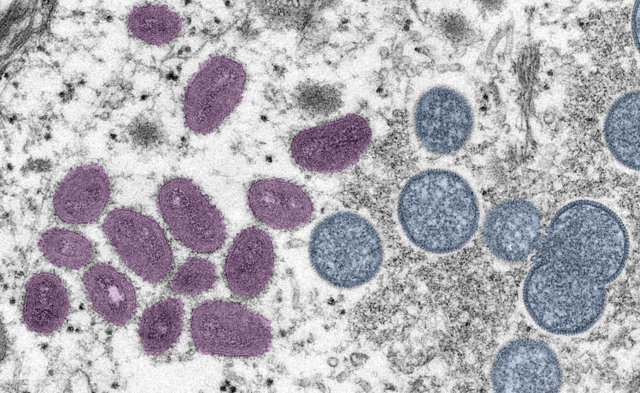 People at risk of being exposed to the monkeypox virus can now receive vaccinations in Nunavik, the Nunavik Regional Board of Health and Social Services said Monday. (Image from Wikimedia Commons)

Vaccination against the monkeypox virus is now available in Nunavik.

The vaccines, which help mitigate infection and spread of monkeypox, are being offered to eligible recipients in all communities there, the Nunavik Regional Board of Health and Social Services announced Monday.

Monkeypox is a viral disease that can enter the body through broken skin, the respiratory tract or the mucous membranes such as eyes, nose or mouth, according to the Public Health Agency of Canada.

The Nunavik health board said people who have been in contact with someone who has monkeypox or “men and gay, bisexual, trans and queer people who have had, or will have, sexual contacts with at least one new male partner in Montreal” should consider getting vaccinated against monkeypox as the virus is circulating mainly in those groups.

The board, however, stressed the risk of monkeypox is not limited to people who are sexually active or men who have sex with men.

“Anyone who has close contact with someone who is infectious is at risk,” it said.

People in Nunavik can receive the vaccine by contacting their local community service centre or nursing station and asking for a public health or COVID-19 nurse.

The vaccine for monkeypox is the same as is used to prevent smallpox. According to the Nunavik board, it can be administered before exposure to help prevent infection, or after exposure to an infected person to help weaken symptoms. The vaccine is 85 per cent effective at preventing infection.

As of June 29, there were 278 active cases of monkeypox across Canada, including 202 in Quebec, according to the outbreak tracker from Public Health Agency of Canada.

While the Nunavik health board is monitoring the outbreak, transmission to large groups in Nunavik is still considered to be “unlikely,” according to a message on the board’s website about infectious diseases.

“Early detection of the presence of monkeypox in a community can help limit the spread in small groups close to the infected person … The situation is not a major concern, but it is a good idea to monitor,” it said.

More information about monkeypox is available on the Nunavik health board website.

The Nunavut Department of Health has not announced yet whether it is also providing vaccinations against monkeypox.