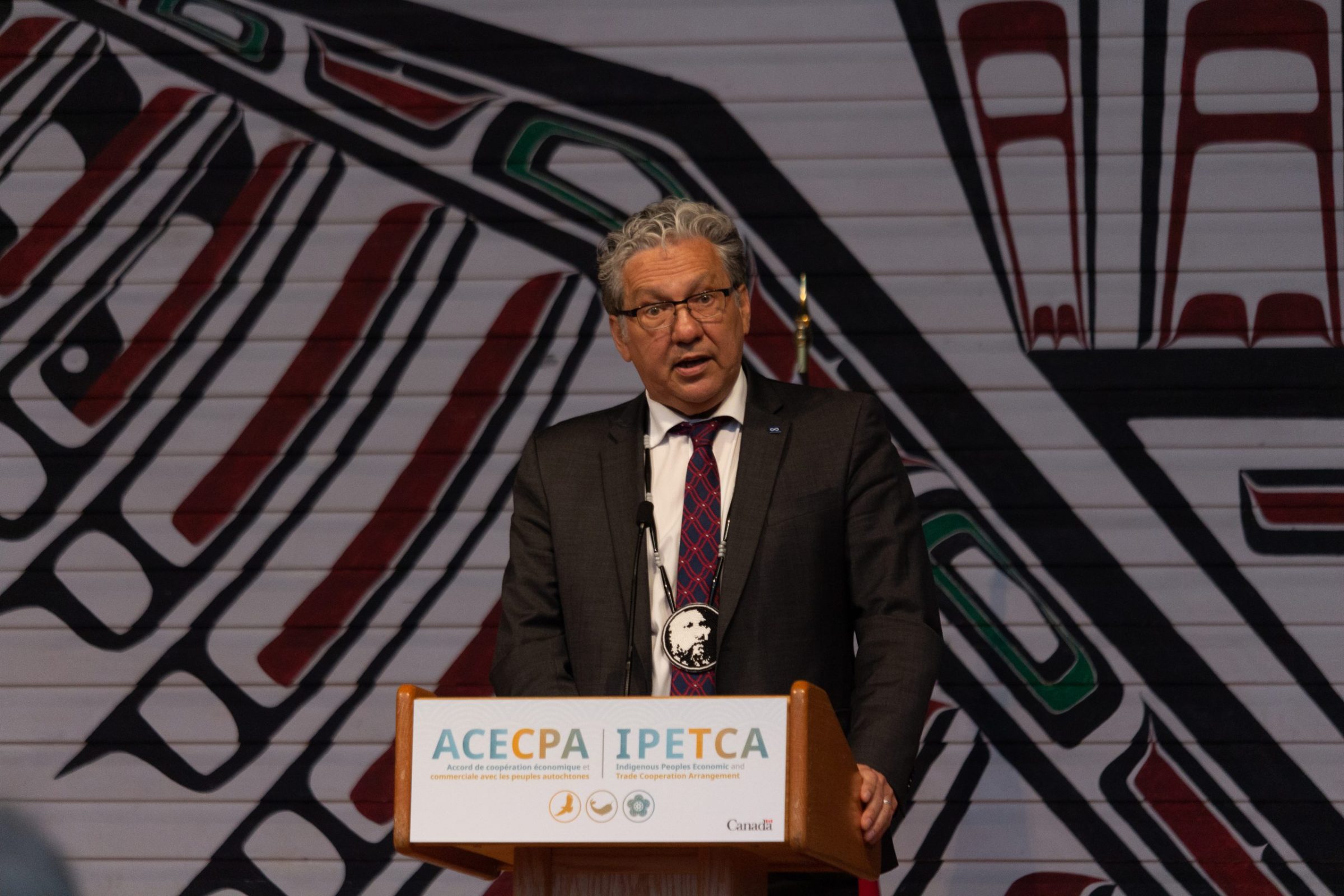 “The era of Ottawa overriding Indigenous nations, Indigenous governments for resource development projects in the North, is over,” Vandal said Wednesday in an interview with Nunatsiaq News.

The Liberal cabinet minister released his decision on the expansion proposal, known as Phase 2, on Wednesday evening in a letter to Marjorie Kaviq Kaluraq, chairperson of the Nunavut Impact Review Board, the organization responsible for advising the federal government about the social and economic impacts of development in the territory.

Vandal said he agreed with the board’s conclusion earlier this year that Baffinland could not properly mitigate or manage potential effects on the environment, wildlife and fish habitats if the mine were to expand.

As northern affairs minister, Vandal gets the final say on NIRB’s recommendation, though he consulted with four other federal cabinet ministers.

“The other responsible ministers and I have carefully considered the board’s report … and input from the designated Inuit organizations, and have decided … to accept the board’s recommendation that Phase 2 should not proceed at this time,” he said in the letter.

The company wants to build a 110-kilometre railroad between its Mary River mine and Milne Inlet, double its shipping limit of iron ore to 12 million tonnes per year from six million and build an additional dock at the Milne Inlet port.

The review board assessed that proposal for approximately four years, with several in-person meetings held in Iqaluit and Pond Inlet.

It concluded in May that the project should not go ahead because possible negative impacts on wildlife and fish habitats could not be “adequately prevented, mitigated, or adaptively managed.”

Baffinland spokesperson Peter Akman did not respond to Nunatsiaq News’ questions regarding the future of the mine Wednesday evening, but said the company will release a statement Thursday.

Baffinland is the territory’s largest private sector employer with more than 2,600 workers and accounted for 23 per cent of Nunavut’s economic activity in 2019.

The company has said it needs to expand its Mary River mine to make it financially viable.

Baffinland first turned its attention toward Milne Inlet in January 2013 when, one month after then-northern affairs minister John Duncan approved plans for a 149-kilometre railway to Steensby Inlet, the company announced it needed to raise money to fund that route.

The company wanted to raise the money by trucking 3.5 million tonnes of iron ore per year to Milne Inlet and shipping it through what is now the Tallurutiup Imanga National Marine Conservation Area.

Those plans evolved: Since that time, company executives have said that Baffinland wants to have a mine that is allowed to ship 30 million tonnes of iron ore each year: 12 million tonnes out of Milne Inlet and 18 million tonnes from Steensby Inlet.

In the interview Wednesday, Vandal pointed to two reasons for his decision to turn down Phase 2.

“The [NIRB] report was very, very clear,” he said, noting the impacts on “vegetation and fresh water, which would negatively impact Inuit harvesting … and food for years and years.

“There was no reasonable way, as per the science, to mitigate it.”

In his letter, Vandal said the Qikiqtani Inuit Association and Nunavut Tunngavik Inc. wrote to him on Oct. 25, months after NIRB’s public hearing had ended, to say that they and north Baffin hunters agree the potential impacts to wildlife would be too severe if Baffinland’s plan went ahead.

Vandal said their lack of support played into his decision.

“The land that the mine is on is not Crown land; it’s Inuit-owned land,” he said. “Those, for me, were the most salient reasons.”

His department had to balance the economic impacts while ensuring Inuit rights were upheld, he said.

Vandal said he wants Baffinland to continue working with the Inuit organizations and levels of government to improve its proposal.

“I want to encourage [Baffinland] to continue working with Inuit rights holders, to work with CanNor and to try to continue the good momentum they have,” he said.

“We are focusing on creating jobs, protecting jobs and ensuring the Nunavut Agreement and Inuit rights are respected.”