The New Zealand-based video game created to help Indigenous youth battling depression has been redesigned to be more relatable for Inuit teens, with traditional clothing and Inuit symbolism. (Image courtesy of I-SPARX)

The role-playing video game I-SPARX, designed to help Inuit youth with mental wellnes, is launching soon after four years of consultation and several rounds of feedback from Nunavut youth.

A team of researchers from York University visited Pangnirtung, Pond Inlet, Cape Dorset, Baker Lake and Cambridge Bay in 2018 to gather feedback from youth to tailor the New Zealand-based game to Nunavummiut.

“We’re really hoping this is an exciting opportunity for Inuit youth to take part in research and that this is the beginning of a partnership with them,” said Yvonne Bohr, I-Sparx team leader and psychology professor. 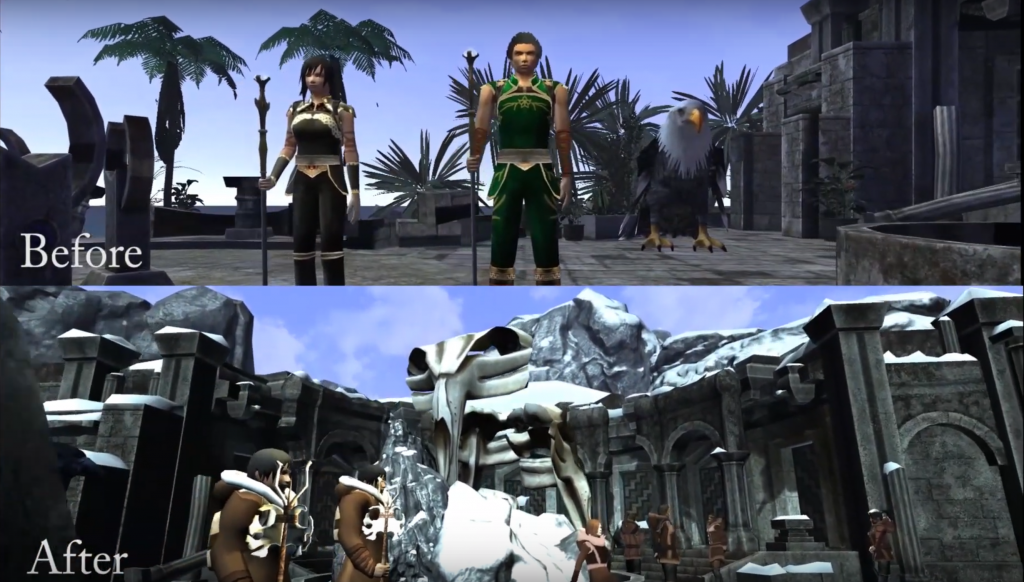 The role-playing game I-SPARX created to help Indigenous youth battling depression was redesigned to represent Inuit youth, instead of the Māori peoples of New Zealand in the original game.

The game was almost completely redesigned after Inuit youth gave feedback and offered new ideas, said Marette Abdelmaseh, a clinical-developmental PhD student at York, who is on the team.

Instead of being based on the Māori peoples of New Zealand, it now features characters wearing traditional Inuit clothing, animals that would be found in the territory and backgrounds that look more like Nunavut.

“They wanted to see landscapes that looked more like home,” said Abdelmaseh.

The game will also feature some Inuit symbolism and Inuktitut text, with some English-to-Inuktitut translations done by youth from Nunavut. Inuit voice actors were hired to do voice-overs in Inuktitut.

This was all done after young people in 12 Nunavut communities tested the game in 2016.

The role-playing game based on cognitive behavioural therapy practices teaches coping methods, among other skills, to youth to promote mental wellness.

At each level of the game, players will be confronted with adversity and will have to use skills to overcome the challenges. The game levels will be spaced out over the span of three to four weeks to give players time to learn the new information and skills scattered throughout the game.

CBT helps kids understand how feelings, actions and thoughts affect one another and is one of the most frequently used therapies to counter depression.

The idea is to teach youth to replace negative thoughts with balanced, more realistic thoughts.

Researchers in New Zealand found the game was just as effective as face-to-face therapy sessions and that it helped reduce feelings of hopelessness for some Māori youth.

Inuit in Nunavut consistently have some of the highest suicide rates in the world, according to the International Journal of Environmental Research and Public Health.

Feedback from youth during the pilot of the game in 2016 showed Inuit teens found it easier to play the game than to ask an adult or a professional for help.

The youth leaders and communities who helped design the Inuit version of SPARX (Now I-SPARX) chose to focus on youth wellness and applicability of the game, and the CBT and emotion regulation skills that players learn when playing.

This first launch of I-SPARX will still be for research purposes with all youth across Nunavut will be able to sign up to play the game for free.

Players will be asked to fill out questionnaires to evaluate their mental wellness before and after playing. Topics range from how welcome the individual feels in their community, to how much sleep they get on a regular basis, said Abdelmaseh.

Bohr said the questionnaire was also adjusted to be more culturally appropriate for Nunavummiut after Inuit youth provided feedback.

The research team will also do interviews with some players to get more insight into their experience playing the game.

They are also working on adjusting their outreach plan to the new COVID-19 regulations and going virtual, said Abdelmaseh.

To reduce barriers to the game, I-SPARX will discuss with players their technology options and needs, including the possibility of sending them a device to youth who do not have reliable internet access, once the game is fully out of its testing stages. Funding from this would hopefully come from donations and partner organizations, said Bohr.

Eventually, the I-SPARX team would like to see the game in schools across Nunavut, she said.

The game will be available on PC computers and Android smartphones and tablets, according to the I-SPARX website.

Correction: This story was updated to correct the length of time the game levels will be spaced out for players, to explain the research team’s plan for helping players who don’t have reliable internet access and to clarify that the research project is focused on youth wellness and resilience.