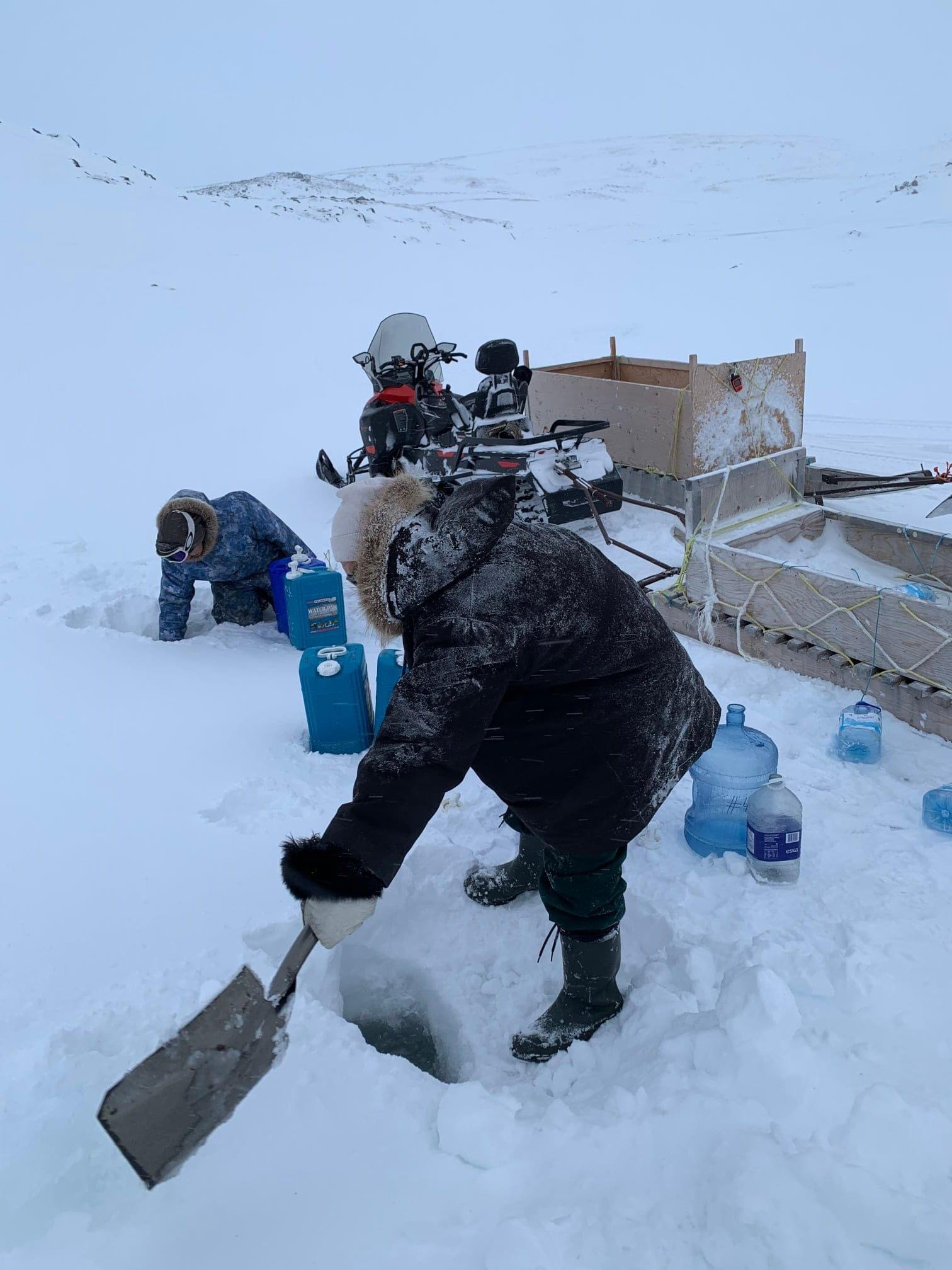 With a lack of water deliveries in Ivujivik, residents have had to fill jugs from a nearby river, and transport them back to town on snowmobiles. (Photo courtesy of Adamie Kalingo)

A lack of water deliveries in Ivujivik has negatively impacted the health of residents, says a local teacher.

Milena Racheva, a 10-year resident of Ivujivik who lives with her son and husband, said her family and several neighbours stopped receiving weekly water deliveries more than a month ago.

Ivujivik, a village at the northern tip of Quebec’s Ungava peninsula that has a population of around 400, depends on water deliveries from a single municipal truck, which is prone to break down, Racheva said.

She said the lack of running water in homes that haven’t received deliveries has made it impossible for some to shower and flush their toilets. She also said children and families are getting sick.

“Me and my husband, we can put the water in the toilet to flush, but my neighbours, they can’t use their toilet for one week now,” she said. “We feel dirty … We didn’t take showers for almost two weeks.”

The most recent breakdown, which occurred at the end of January, was caused by vandalism on the heated garage in which the municipality stores its water truck, said Mayor Adamie Kalingo.

“A person entered the building and proceeded to destroy the garage door,” he said. “The vehicles started to freeze because of the cold weather coming in.”

Kalingo said nobody has been arrested for the vandalism, to his knowledge.

Without water deliveries, many people in Ivujivik have resorted to getting on their snowmobiles and filling jugs with water from the river, Racheva said — a tedious and potentially dangerous task in Quebec’s northernmost community.

Kalingo said that his community’s water issues go beyond the most recent truck breakdown, and staff from Kativik Regional Government’s municipal works department have flown into the community to assess its needs.

The “decades-old” water system, which includes a pump at a reservoir that connects to a filtration system by a long pipe, has fallen into disrepair over the years, he said.

“We’re back to the Stone Age where we don’t use the pipeline system,” he said. “The water truck has to go to the water point now.”

With KRG staff in town to check in on the system, Kalingo said he hopes his community can get support to fix the community’s water system and truck so residents can access a consistent and safe water supply.

“I will be updated as to what’s happening and what can or cannot be done,” he said. “This has been, for too long, a service that is not rendered properly.”