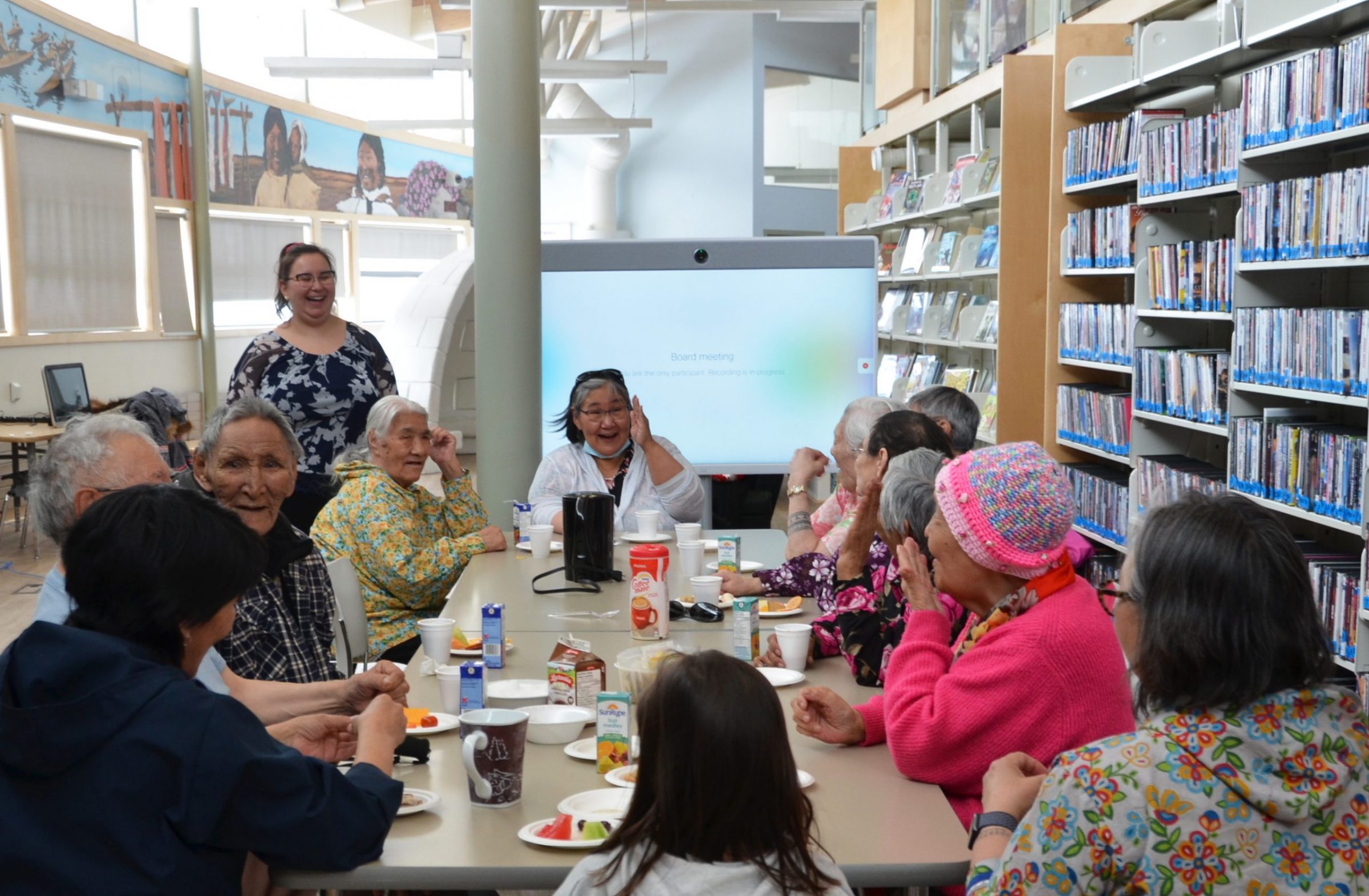 The Kitikmeot Heritage Society has teamed up with the Southern Alberta Institute of Technology to design and construct a super energy-efficient building in Cambridge Bay.

One purpose of the small building — which will be about 750 square feet — is to see whether its modular approach will work for the larger Inuinnait Knowledge Centre that the heritage society wants to build.

That would replace its current home at May Hakongak Community Library and Cultural Centre, and allow the heritage society to show more of its archived materials and artifacts as well as host cultural events and language classes.

“This is the hopeful beginning of it. It’s a start for us to see where we can go,” said Pamela Gross, executive director of the heritage society, which is also known as Pitquhirnikkut Ilihautiniq.

The prefabricated building will be shipped up to Cambridge Bay this summer.

Right now, the project is still in the design stage. The heritage society says it would like the building’s concept to be adaptable, so it could work in Arctic communities and feature a flexible-use floor plan.

The heritage society also wants the design to incorporate Inuinnait knowledge. To that end, elders recently met in the May Hakongak library and cultural centre to discuss traditional housing design.

The building would be constructed to a high-performance standard, often up to 80 per cent more efficient than the national building code, said Brendan Griebel, project lead and manager of the society’s collections and archives.

The aim is for the building to produce as much energy as it consumes over the course of a year, through solar panels, so the result would be “net-zero.”

There are few buildings meeting these standards in the Arctic, Griebel said.

This includes a pre-feasibility study for the larger Inuinnait knowledge facility, research into green materials and technologies, the pilot modular building design and its shipment to Cambridge Bay, he said.

The money will also cover the building on-site and the creation of learning tools and resources to help local builders with construction, he said.

The project is funded by the territorial and federal governments, “but we’ve gone out on a limb with this project in that only half of it, $250,000, is currently funded,” Griebel said.

“Bringing green and renewable energy up to Nunavut through Inuit leadership is such a critically important and timely project, that we felt compelled to take the financial risk,” he said.

The plan is to monitor the building’s performance over the course of 2021-2022.

“If the materials and technologies work well for us, we will scale the design up into our final building and simply attach the pilot as one of its many pieces,” Griebel said.

“That is the beauty of modular buildings. If the pilot’s design proves really suitable for cultural activities, but it doesn’t look like it will fit into our final facility plans, then we will likely use it as a satellite cultural hub, either out on the land or in another community.”

To provide updates on the project and fundraise, the heritage society has also set up a website.

And, as part of the pilot building’s development, the heritage society has launched an intensive program to document and develop Inuinnaqtun terminology for environmental and green energy research.

The heritage society is also conducting a full review of its own energy usage, which will include a historical consumption analysis, a comparison to other similar facilities around the country and an energy use assessment.

This will help identify opportunities to save energy now and in the future, Griebel said.