Western Nunavut’s Emily Angulalik up for an Indspire award 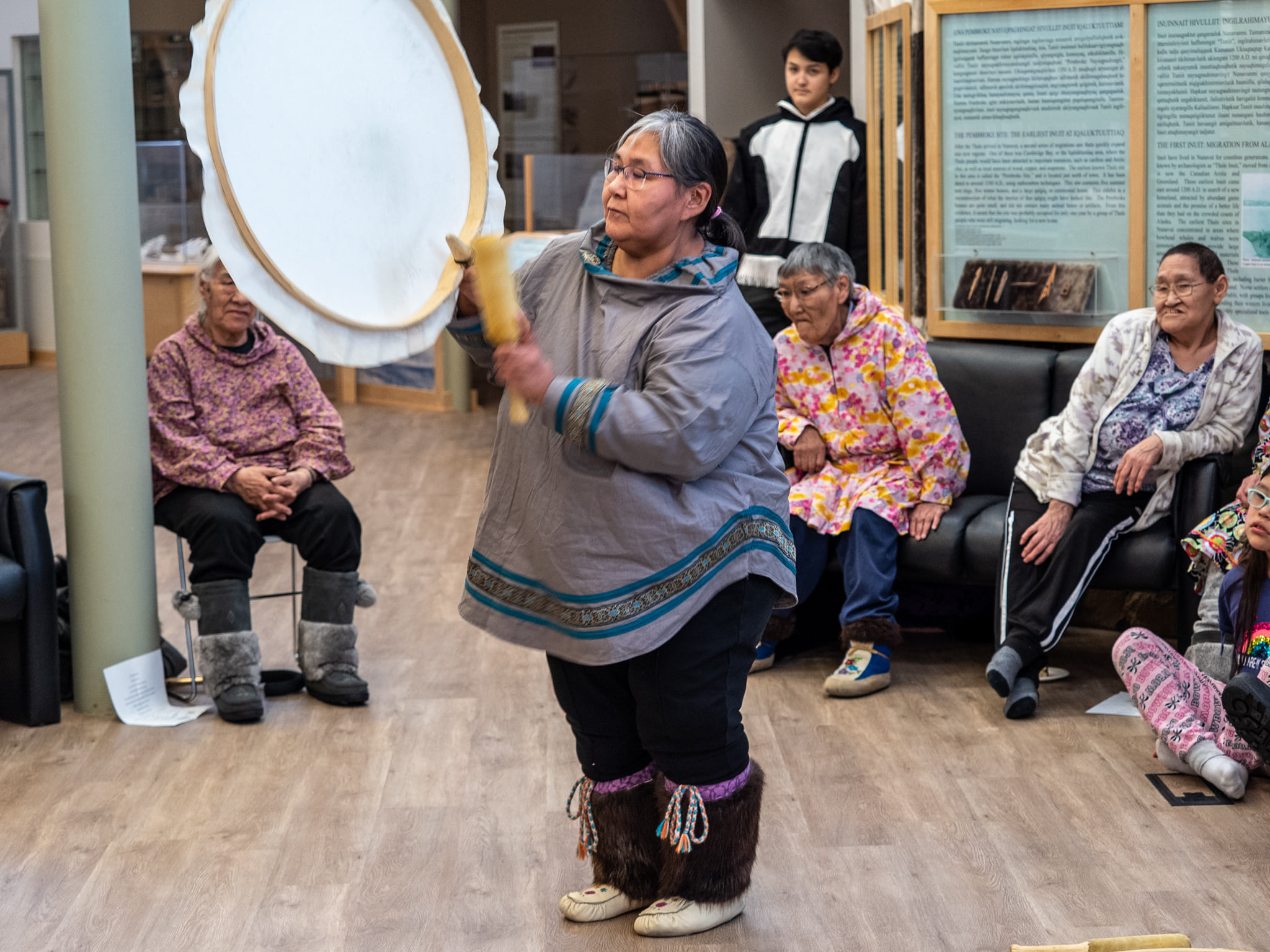 Emily Angulalik, president of the Kitikmeot Heritage Society in Cambridge Bay, is one of 12 Indigenous Canadians nominated this year for an Indspire award in the culture, heritage and spirituality category. “Without the language there is no culture, without the culture there is no language, we must take pride in our identity and walk in today’s world,” says Angulalik, seen here drum dancing at the recent 25th anniversary celebration of the heritage society, also known as Pitquhirnikkut Ilihautiniq. The Indspire website says the awards represent “the highest honour the Indigenous community bestows upon its own people.” The awards will be broadcast June 22 on APTN and CBC. (Photo courtesy of PI)