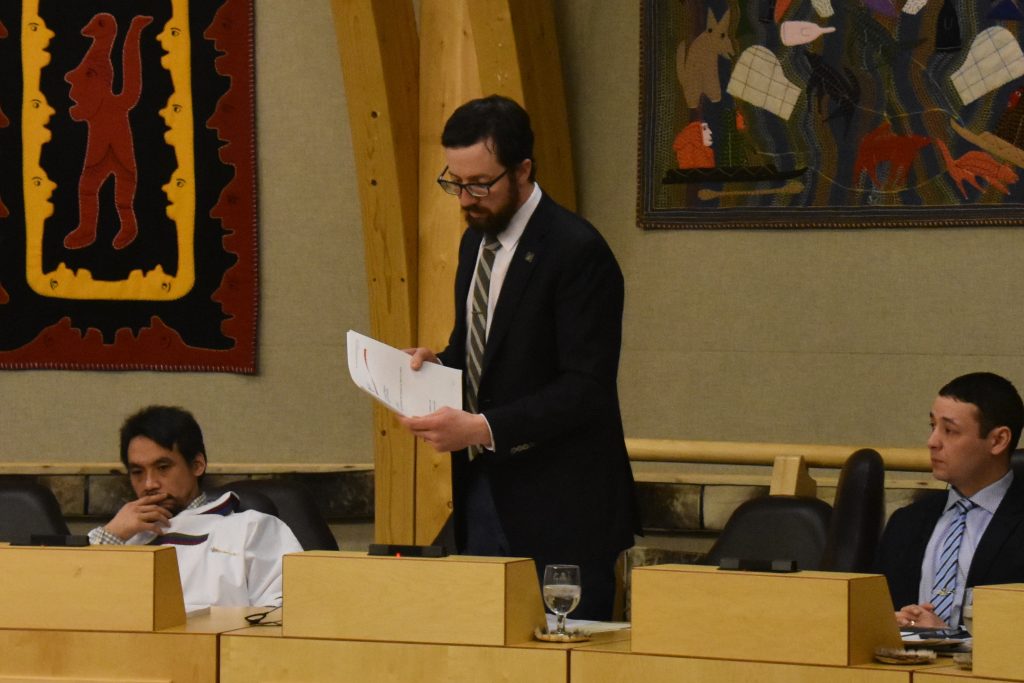 A boil water advisory for Whale Cove has stretched into the winter months for the first time, says the Kivalliq community’s MLA, and he wants to know why.

“Why is this year different? What has changed when it comes to the water supply in Whale Cove?” Arviat North-Whale Cove MLA John Main asked during question period in the legislature on Thursday, Feb. 21.

The boil water advisory for the community is nothing new. But the time of year is.

Last summer, the Department of Community and Government Services offered a temporary solution with a $500,000 modular water filtration unit. But soon afterward, the device stopped running properly, so the hamlet stopped using it.

This is the first time, to Main’s knowledge, that the boil water advisory has extended past the summer into the winter.

Usually, the coliform bacteria found in Whale Cove water thrive in warmer weather and then die off in the cold.

On Nov. 14, 2018, the annual “seasonal” water advisory was lifted, as it had been in previous years.

But one month later, the Department of Health issued a new advisory that coliform bacteria had been found in the hamlet’s water system. 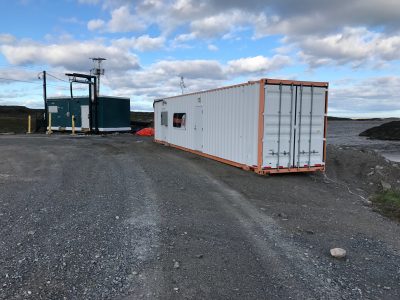 In August 2018, a temporary water treatment plant was in use near Whale Cove’s truck fill station at Fish Lake. It stopped working properly shortly afterward and the community’s ongoing boil water advisory has extended into the winter for the first time this year. (Photo submitted by John Main)

Coliform is a type of bacteria that occurs naturally in plants, soil and digestive tracts. But humans are at risk of becoming ill when it is water-borne.

It is also a standard indicator in water testing of the presence of other more dangerous bacteria, since coliform bacteria survive longer than other bacteria would.

Whale Cove residents have been advised to boil water for at least one minute if it is to be consumed—from washing fruits and vegetables, to preparing baby formula or just brushing teeth.

According to the advisory, showering and bathing is fine—just not when it comes to infants, toddlers or people with illnesses.

In those cases, the Department of Health advises Whale Cove residents to have a sponge bath in order to avoid the chance of swallowing water.

Main read the passage about sponge baths to the legislative assembly on Thursday in order to highlight the inconveniences the community faces by having contaminated drinking water, now year-round.

Lorne Kusugak, Nunavut’s minister for community and government services, said that he did not want to guess the contamination source, but he did say that the water tanks of government buildings in the community are cleaned annually, each summer.

That includes the health centre and schools.

But when it comes to other private buildings, Kusugak said that his department sends letters to the housing corporation, the hamlet and local residents to make sure that they clean their own tanks.

“It could be a case where we have a water sample coming out of the water truck clean and then a sample from a water tank coming out where it is contaminated,” said Kusugak.

According to Kusugak, Whale Cove’s water is sampled each morning, in both of the water trucks, as well as from taps. Water is tested four times each day, he said.

Those samples are sent to Winnipeg to be tested.

“The problem we’re facing is it takes 36 hours once the water is placed in a bottle, 36 hours later you will find out,” Kusugak said.

“If there is a storm or a flight doesn’t get out that sample is no longer valid, so another sample has to be taken, so that is one of the delays on this.”

Not everyone wants their tanks tested

Kusugak said that now, with Whale Cove’s winter temperatures, there should be no coliform bacteria in any samples.

He also said that sometimes people refuse to provide water samples from their tanks.

“At this point, I don’t want to say where we assume the issue is coming from, but our department is working with the municipality and other departments within the government to ensure that we are able and not restricted to getting water samples from their tanks,” said Kusugak.

“We get some resistance from some water tank holders … where they may not want us to test their water. Why? It’s beyond me, but we are trying to get to the bottom of it to find out exactly where this reading is coming from.”

Kusugak assured Main that his department is working to find the source and to create a permanent solution.

“We should have good water in Nunavut—we have the best water in the world, and it is not fun to hear about that,” said Kusugak.