“Racial injustices, fears and concerns are not new for Inuit or people of African descent living their lives resisting a Eurocentric institutionalized racist and oppressive system of government” 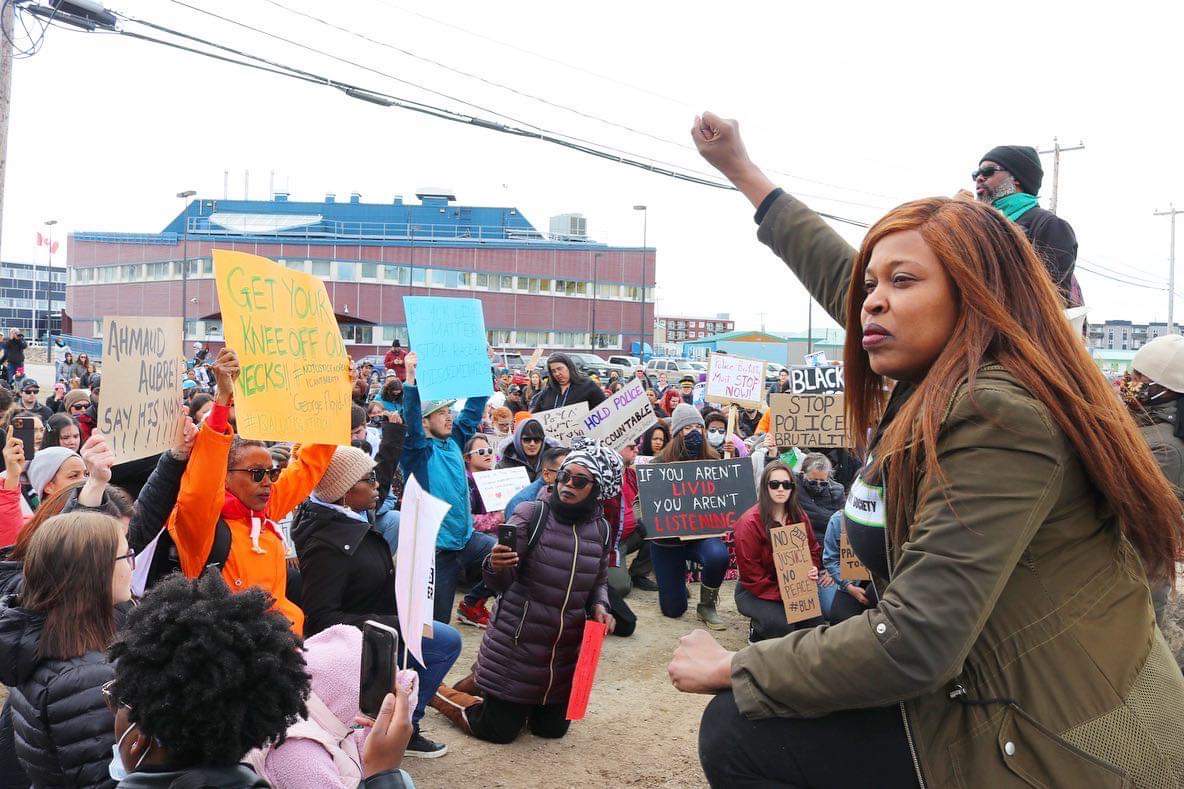 My name is Miali-Elise Coley-Sudlovenick and I grew up in Iqaluit. During my upbringing I found challenges in being Inuk and Jamaican. Like everyone else, I felt the sense of isolation and the need to connect. I was raised by a strong mother who made sure I always knew my importance and taught me to be bold when needed, but to remember the importance of tears and to keep my heart tender. When I learned about the murder of George Floyd, my heart broke in a way I could not comprehend. It wasn’t merely the visual itself, but the way he called out helplessly and the suffering displayed in public. I couldn’t discern my exact feelings, but I knew I was hurt and angry.

I called my dad and we spoke briefly about the incident. I told him, “I saw you in that image and it hurt.” We didn’t talk for long, but the emotions were understood. When we discussed the topic in more detail later, incidents of my dad having suffered police brutality came up. As a Black man living in Montreal, who was only later diagnosed with manic depression, my dad had some very physically intense moments with the law for disturbing the peace. These incidents, which took place between Montreal and Toronto, eventually led him to surgeries caused by a detached retina. 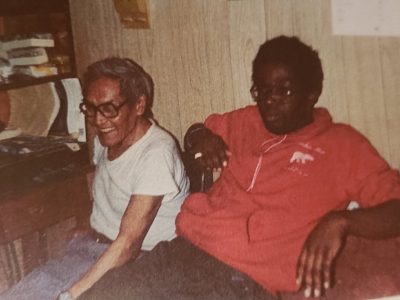 My dad used to live here in Iqaluit. He knew the realities of racism here in a personal way. It went from being called the N-word and being constantly challenged for his outspoken personality, mainly by non-Inuit. Frobisher Bay was a place of life lessons for my dad and memories both very good and bad.

Being raised to speak Inuktitut and surrounded by a close-knit family was a saving grace for me in many ways. My family members were the fabric and foundation of my life. The struggles I would experience were comforted by the reminder of strength and kinship within our once-much-larger extended family. I was Inuk in my whole being and totally happy to identify only as Inuk for many years. It was in my teens that I began to question my identity. I looked Black, but I was so entrenched in my Inuit upbringing that my Jamaican identity had taken a back seat. I wasn’t oblivious to my father or his family; I was just disconnected on many levels.

In my late 20s I really started paying attention to the appearance of my skin and what it represented. It was when more people moved to my hometown of Iqaluit that I began to question my sense of place, because I was always asked, “where are you from?” The continuous explanations of who I was got tiresome.

In 2016, with the help and support of the Embrace Life Council and the Nunavut Black History Society, I had the chance to see my father here for Black History Month. What an important time! My dad and I shared our stories together and he danced to perform, but also to teach. My dad’s time here has helped me to establish my identity as an Inuk Jamaican, living in my beautiful hometown of Iqaluit. The work continues. This is where I introduce my friend, Stephanie Bernard, and the important work by the Nunavut Black History Society.

I am a Jamaican of African descent living in Iqaluit, Nunavut, since 2013. Since then I have felt a deep connection to the territory. Meeting people like Miali who can understand and articulate both Inuit and Black culture was very exciting and educational for me. We have both been involved with the celebration of Black History Month in the territory since February 2014. Over the years the celebration has seen unprecedented levels of participation, adoption and good will in Nunavut.

Inuit are warm, welcoming and accepting as a group. Nunavut, however, is a Canadian territory and hence the racism that persists in the south is present here too. Nunavut has systemic racism towards Inuit in the justice system and at the hands of the RCMP. There are also many other forms of systemic racism that are endemic and pervasive towards Inuit and acutely affect their life outcomes.

The Black Lives Matter solidarity protest organized by Nunavut Black History Society and its partners that took place on June 5 was an eye-opening moment for many. The experiences shared by people of African descent at the march made it clear that there is also anti-Black racism present here. This tends to be less institutionalized and more individualized. Despite this, the harm that it can do to the life, livelihood and well-being of an individual is no less poignant. It is very important therefore that it is mitigated and eradicated (where possible) with urgency.

During the protest, Black residents shared their experiences with racism in Nunavut, including the following:

• A rash of local people of African descent (of varied ages) being called the N-word on multiple occasions.

• People feeling that they were treated prejudicially and discriminated against in work environments because of their Black ethnicity.

• Black people feeling that they were not in a 100 per cent safe environment in relation to anti-Black racism, while having a reluctance and fear to make their discomfort and pain known due to fear of social and economic reprisal.

The murder of George Floyd at the hands of the police in the United States was the final straw that broke the back of racism internationally. Racial injustices, fears and concerns are not new for Inuit or people of African descent living their lives resisting a Eurocentric institutionalized racist and oppressive system of government.

What is new are the incidents of and propensity for lateral violence between the groups that complicates the shared struggle. All of this underscores the work that we need to do as a community to ensure respect, inclusion and true solidarity as we unite to ensure an equitable future.