Where Indigenous art and law intersect 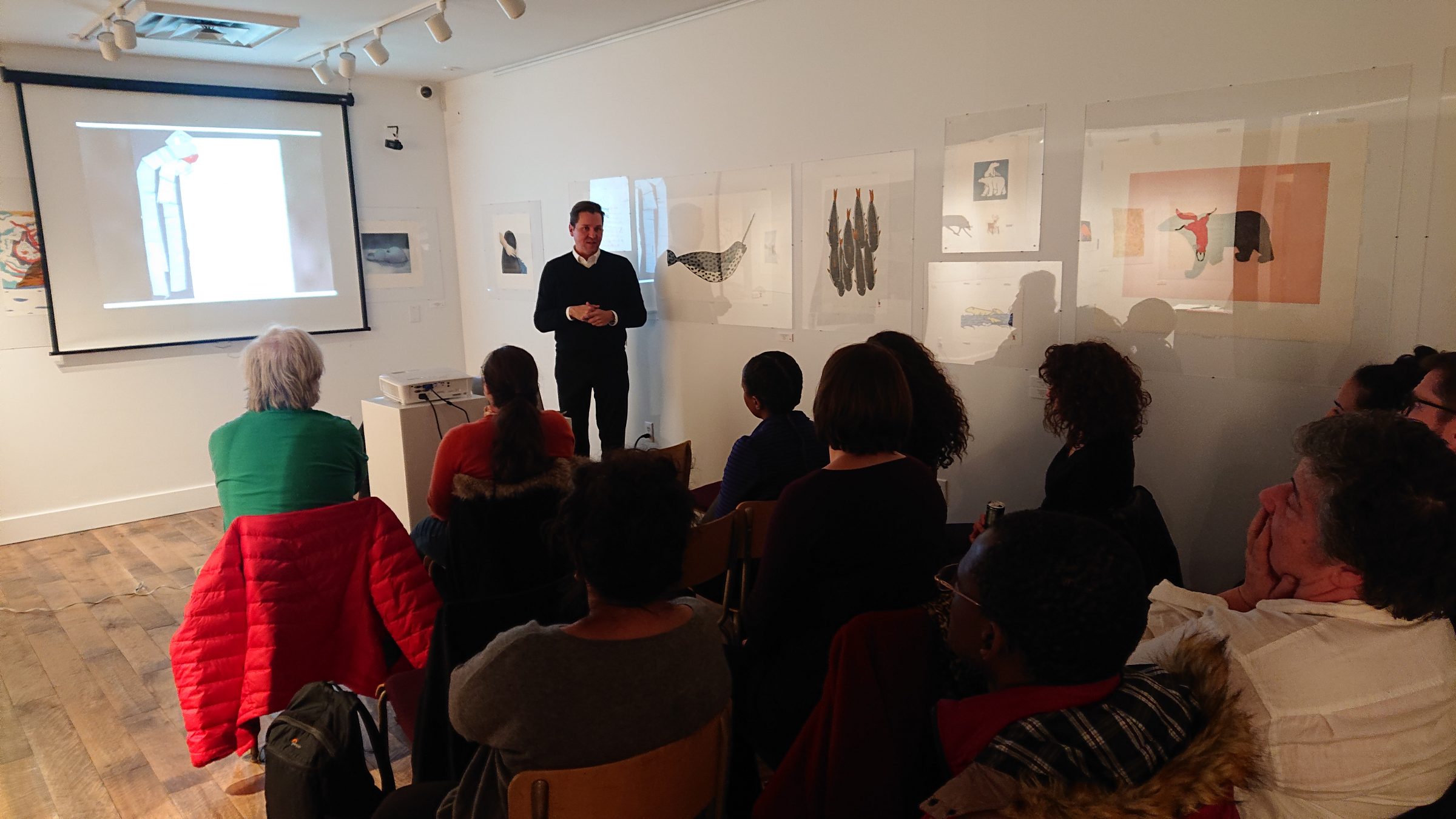 Jeffery Hewitt, a law professor at York University, speaks at the Nunatta Sunakkutaangit Museum in Iqaluit on Oct. 23. (Photo by Thomas Rohner)

If you ever find yourself having to testify in court, you have to swear to tell “the truth, the whole truth and nothing but the truth.”

But, as a presentation and conversation at the Nunatta Sunakkutaangit Museum in Iqaluit on Oct. 23 showed, “the truth” is not always a simple thing to tell.

That’s because a judge’s idea of truth is only one kind of truth.

“This is one narrative. Not the narrative,” Jeffery Hewitt told a group of about a dozen people at the museum.

Hewitt, a law professor at York University who is mixed-descent Cree, presented on both Western and Indigenous ideas of law and what Indigenous art teaches about laws.

Some Indigenous people have told courts they can’t swear to tell the absolute truth because they consider that impossible, Hewitt said.

To make this point, Hewitt quoted Anishinaabe author Basil Johnston, who said, “A speaker casts his words and voice only as far as his vocabulary and his perception will enable him. In so doing, the tribe was denying there was an absolute truth.”

That doesn’t mean those people are lying—it just means there are different interpretations of what truth is, said Hewitt.

But once an idea is widely accepted as truth, whether in court or other areas of law, other so-called truths are built upon that, the professor said.

For example, Hewitt said Canada was colonized on the idea of “terra nullius.”

That’s a Latin term that means “nobody’s land.” According to this idea, colonizers in the 19th century could claim any unoccupied land, including land used by Indigenous groups, for the government. This idea built on the idea of a pope in the 13th century who said all unclaimed lands could be “discovered” and claimed by Christians.

But these ideas, which were built into Canadian laws, come from Western civilization, not Indigenous people, Hewitt said. And the difference in ideas and truths can be seen clearly in historical treaties.

For example, Hewitt said a treaty was signed in 1836 between the British monarchy and Anishinaabe leaders from Manitoulin Island in Ontario. The treaty tried to isolate Anishinaabe of the region onto the island so that the British Crown could claim other land for settlement. 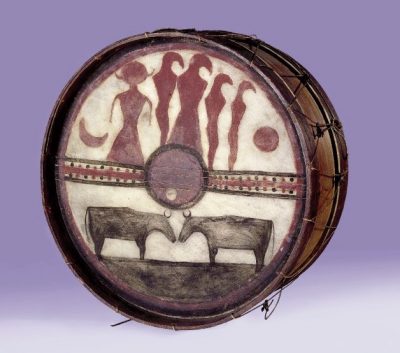 This drum was given by the Anishinaabe to the British in the mid-1800s. One interpretation of the drum’s artwork is that it communicates an Anishinaabe law that says land cannot be given. (Image © Trustees of the British Museum.)

Today, the treaty sits in the Canadian archives, seen by virtually nobody, Hewitt said, while the drum sits behind glass in the “North America” room at the British Museum in London, seen by 13,000 people each day.

This shows how the drum, which describes Anishinaabe laws, is only treated like a museum object, not like a legal text, Hewitt said. And the treaty, adorned with a long blue ribbon and red wax, is seen mostly as a legal text, rather than an artwork, he added.

But things are starting to change in Canada’s court system, Hewitt said. Indigenous legal ideas and truths are coming before judges, who sometimes call weeks’ worth of testimony to understand them, he said.

So far, courts have tended to see Indigenous laws as evidence rather than something as valid as Canadian laws, Hewitt said.

In Nunavut, a recent case that came before the Court of Appeal pitted Inuit societal and legal principles against those found in the Criminal Code of Canada. Crown prosecutors argued that the trial judge should have called expert testimony on Inuit principles; defence lawyers said that would be wrong since those principles should be seen as equal to those in the Criminal Code, which do not require expert testimony.

When asked about this case, Hewitt said Canada stands a better chance than most other countries at incorporating Indigenous legal principles into the justice system. That’s because Canada’s court system is already made up of a number of separate pillars, like civil and common law, that all come under one central court, the Supreme Court of Canada.

“We already have separate but parallel pillars, so it wouldn’t be shockingly complex to generate another pillar of Indigenous laws,” Hewitt said.

His students are already learning far more about Indigenous laws than earlier generations.

“I encourage my students to bring these laws up in court, because that way judges actually have to work with Indigenous laws.”

An earlier version of this article stated that an 11th century pope introduced the idea that all unclaimed lands could be “discovered” and claimed by Christians. In fact, it was a pope in the 13th century.