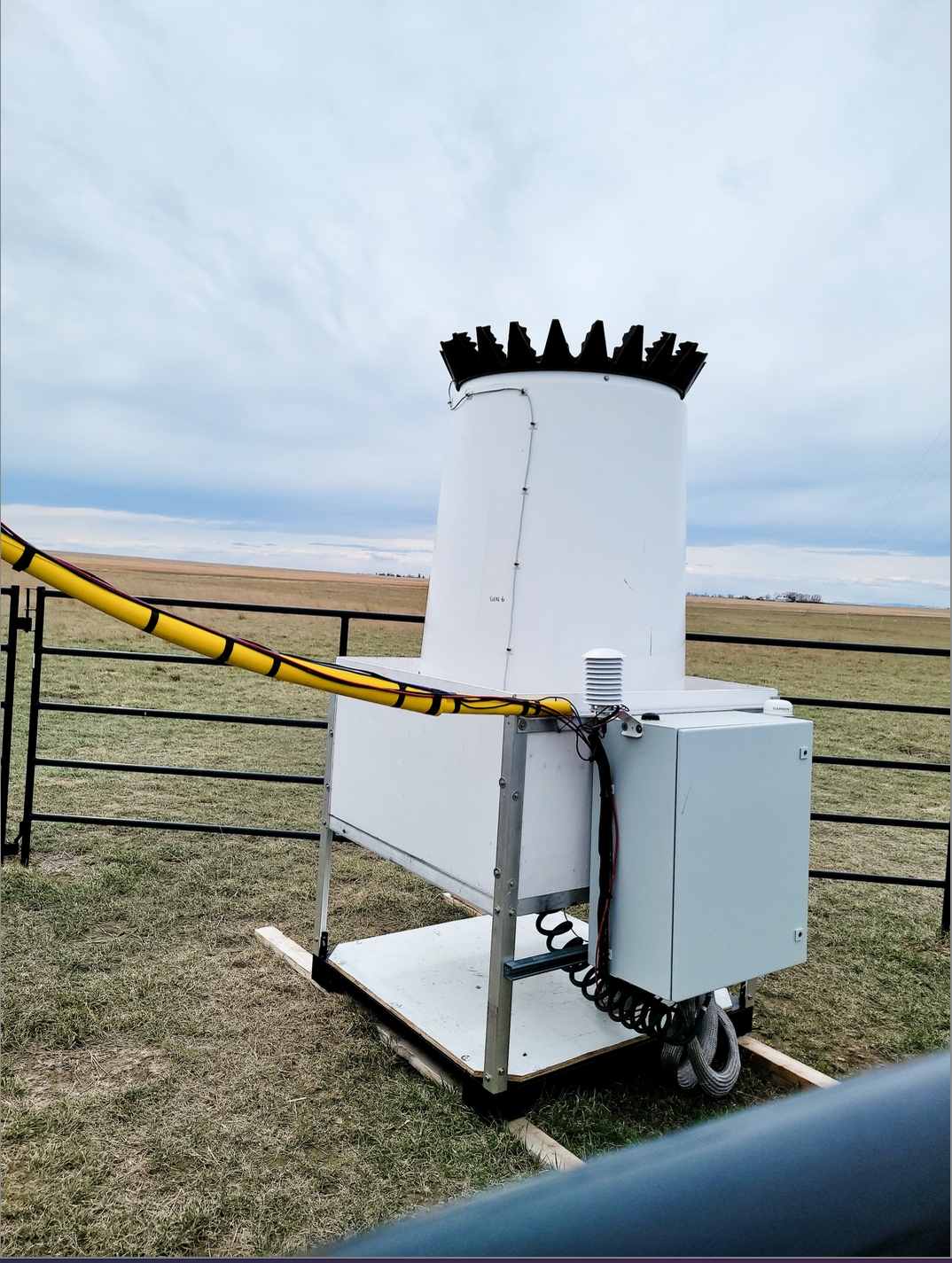 Wind turbine research, using the machine pictured here, will begin near Baker Lake in the fall with the goal of wind turbines eventually being used. (Photo courtesy of Oliver Pennock)

Wind turbine research is expected to start this fall in Baker Lake, and could lead to the alternative form of energy generation being used there in the future.

Northern Energy Capital, a company dedicated to building renewable energy in the North, submitted a proposal at the start of July for a wind research project, to determine whether it’s feasible for the community to use turbines as an energy source.

“The objective here is to offset the reliance on those [diesel] generators to make use of this wind resource,” Oliver Pennock, the business operations lead with Northern Energy Capital, said.

Currently Baker Lake uses diesel as its energy source, but Pennock estimates wind turbines potentially could provide more than 10 per cent of its energy needs.

The company is doing the study on behalf of Kivalliq Alternative Energy Ltd.

The project will take place nearly a kilometre northeast from Baker Lake, and is expected to run from the fall this year to fall 2023. Pennock said it proposes building one or two wind turbines there if results show they would be effective.

A sonic detection device and ranging machine that uses sound waves to measure wind activity through wind speed, direction, and frequency will be used in the study.

The device is small, about the size of a mini-fridge, Pennock said.

The goal is to see if the area can reach a minimum wind speed of six to nine metres per second, which would make having a wind turbine feasible, Pennock said.

By July 25, responses to the proposal had been received from the federal and territorial governments.

Most of the comments from the federal Crown-Indigenous Relations and Northern Affairs Canada were regarding local employment.

Meanwhile, the Government of Nunavut’s stated there are 44 archeological sites in the area and that Northern Energy Capital needs to be mindful of those sites when operating.

Currently, two locals have been hired for training and will monitor the research device, Pennock said.

To address environmental and wildlife concerns, a larger study and permitting process would have to be undertaken if an actual wind turbine is built, Pennock said. For this study, he said, the company is “basically placing this piece of equipment just on the ground.”

Pennock said that after a year, the hope is that the area will be determined to be feasible for wind turbines and if so, the next step would be to develop a plan for the turbines themselves.