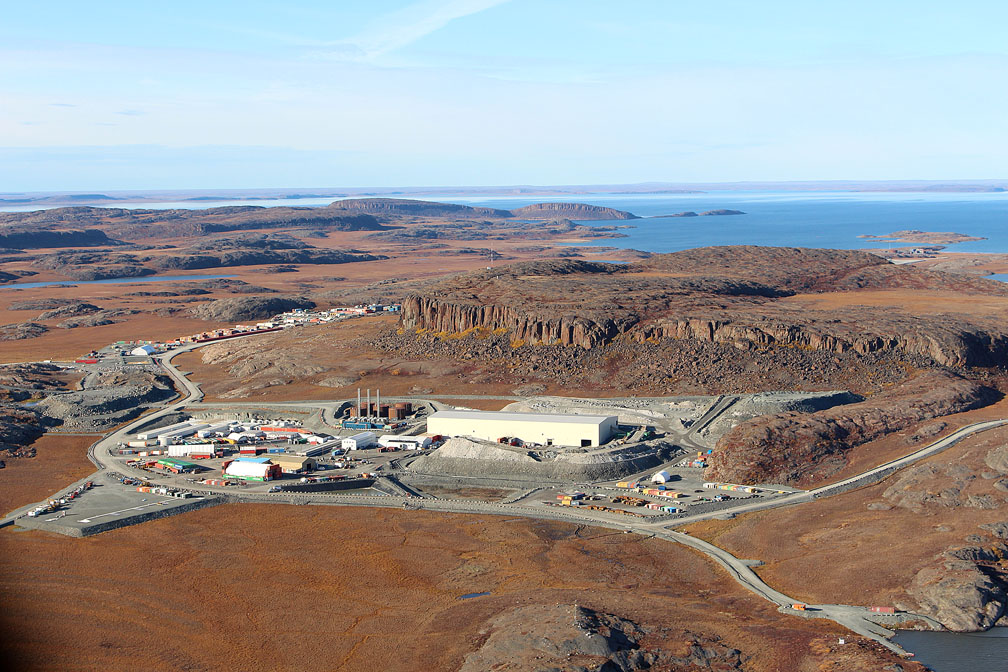 The federal cabinet has ordered a national security review of the sale of TMAC Resources Inc. to the Chinese mining giant Shandong Mining Co. Ltd. Due to COVID-19 measures, TMAC’s Hope Bay gold mine continues to operate at a reduced level and has brought new technology on site to test for COVID-19. (Photo courtesy of TMAC)

The federal cabinet has ordered a national security review of the proposed sale of TMAC Resources Inc., which owns the Hope Bay gold mine in western Nunavut, to the Chinese state-owned Shandong Mining Co. Ltd., TMAC said today.

“TMAC and Shandong remain committed to working with the Investment Review Division to obtain approval of the Transaction,” TMAC said in a release issued Thursday, Oct. 15.

Under the Investment Canada Act, the government continues to look at whether the deal with Shandong (SD Gold) is likely to increase employment in Canada, as well as its economic and other impacts.

But the Investment Canada Act also allows Ottawa to review a transaction for national security reasons.

Navdeep Bains, Canada’s minister of innovation, science and industry, had extended the timeline to determine whether to start a national security review until Oct. 19.

The final decision on the proposed sale, first revealed in May, is expected by Feb. 8, 2021, which TMAC said is “the extended outside date in the arrangement agreement” for the transaction.

On June 26, shareholders of TMAC approved the sale of the company to an affiliate of SD Gold.

The Kitikmeot Inuit Association, which represents five communities in western Nunavut and is a TMAC shareholder, abstained from voting on the proposed sale in June due to uncertainty about how the sale would affect Inuit.

But then on June 30, TMAC received a final order from the Ontario Superior Court of Justice approving the transaction.

TMAC said the transaction has received all the required regulatory approvals from the government of the People’s Republic of China.

But closing of the transaction is subject to the receipt of “all required regulatory approvals and the satisfaction or waiver of all closing conditions,” TMAC said its release.

One of those closing conditions of the sale has been a site visit by SD Gold, which has not yet taken place, due to a recent outbreak of COVID-19 at the mine site. 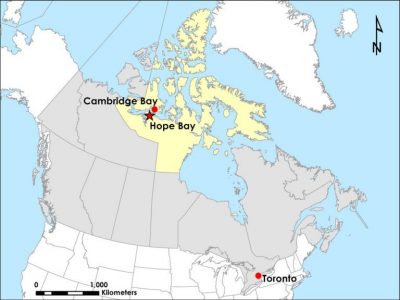 With the recent COVID-19 outbreak at Hope Bay now contained, the western Nunavut gold mine said earlier this week that it sees itself operating at reduced levels “for the foreseeable future.”

The mine, 125 kilometres southwest of Cambridge Bay, operated at a reduced level due to COVID-19 after it sent about 60 Nunavut based-workers home last March.

The company has now ramped up its new on-site rapid testing device for COVID-19, Neal said.

And it plans to deploy new contact tracing technology. If there were another COVID-19 case, this would enable the infected individual’s contacts to be quickly traced and isolated.

The crew change at the mine was finally completed on Oct. 12, after a delay of 13 days due to the recent outbreak of COVID-19 at the mine, Neal said.

“All individuals with positive cases have now returned home, while a team at site disinfected and cleaned the camp before the current crew arrived,” Neal said.

Neal said that, “There is no material risk of COVID-19 transmission to local Kitikmeot communities as Hope Bay is geographically isolated from these communities. ”

The Nunavut workers who had been sent home saw their employment with TMAC terminated on Sept. 27, at the end of the 180-day temporary layoff period, the release said.

“Our top priority remains the well-being of the affected workers and the rest of the workers at [the] site, while working towards rehiring Kitikmeot-based workers as soon as permitted,” Neal said.

Meanwhile, Neal said TMAC is evaluating the operating schedule for the processing plant.

“It is expected that there will be no impact on the planned number of processing days in the fourth quarter,” Neal said in the release.

He said the mine expects to produce sufficient ore, combined with low-grade stockpiles, to be able “to operate at a reduced level for the foreseeable future and until at least the 2021 sealift.”

By then, the outcome of the proposed sale of TMAC to SD Gold should be clear.

TMAC said at the end of July 2020 the company started to operate the processing plant for three weeks at a time, producing 18,420 ounces of gold in the third quarter out of 79,680 ounces in the year to date.