With no candidates in place, here’s where Nunavut stands pre-election 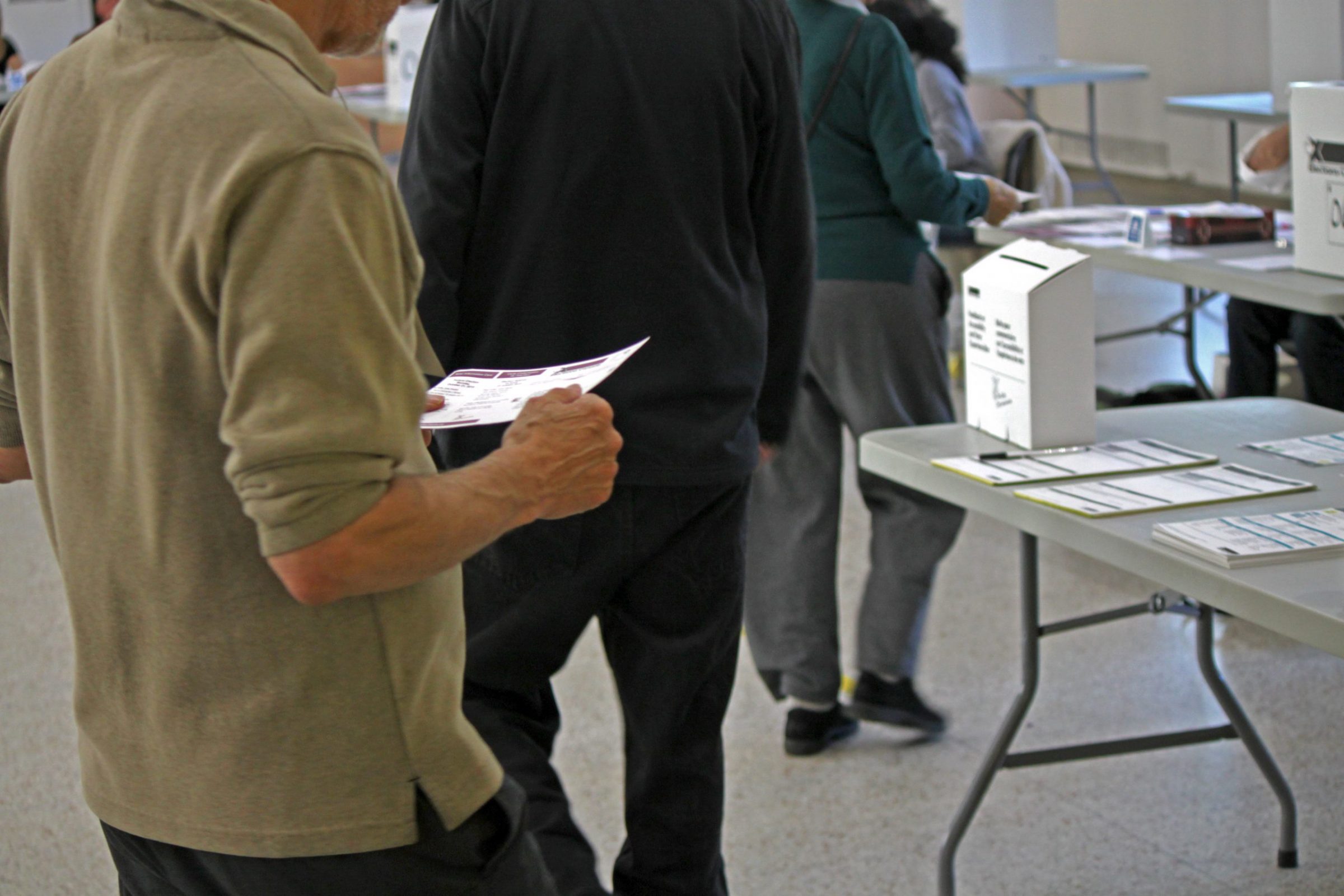 Election expert Anna Esselment says Nunavut is a competitive riding for all parties, since local voters seem to sway between the Liberal, NDP and Conservative parties election-to-election. (Photo courtesy of Elections Canada)

Despite hints that a federal election is just around the corner, no political party has announced a candidate in the competitive riding of Nunavut — but this is no surprise or cause for worry, if you ask election expert Anna Esselment.

Nunavut is a bit unique since it has gone back and forth among political parties over the years, said Esselment, an associate professor at the University of Waterloo who specializes in Canadian elections and provincial and territorial politics.

“[The] voters can really change their minds on whichever candidate, so for all parties it would be considered a competitive riding.”

The territory’s current MP, Mumilaaq Qaqqaq, belongs to the NDP, but the MP prior to her was Liberal Hunter Tootoo, and before that, Leona Aglukkaq with the Conservatives.

So far, none of those parties, nor the Green Party has announced a candidate in Nunavut.

NDP press secretary Charlotte MacLeod confirmed on June 16 the party hasn’t finalized who its new candidate will be, with Qaqqaq having announced she will not be running for re-election to the position she won in 2019.

The Conservatives have had “much interest in the position,” Paul Murphy, the president of the party’s Nunavut electoral district association, said on June 16 in an email.

“We are convinced we will have a successful candidate for the Conservative Party in the near future,” he said.

A spokesperson for the Liberal Party, Matteo Rossi, said in an email he couldn’t comment on specifics, but the party is being approached by “a whole host of talented community leaders interested in running as Liberal candidates, including in Nunavut.”

Rosie Emery, with the Green Party, said on June 22, the party also doesn’t have a candidate selected for Nunavut.

Esselment said there could be some “very good” potential candidates waiting to announce their candidacy because of the uncertain timing of the next election.

By law, a federal election must be held every four years, which guarantees one by the fall of 2023.

But, at any point the prime minister can ask the Governor General to dissolve Parliament and call a “snap election.”

This would be beneficial when a prime minister believes the government enjoys public support and thought it was a strategic time to secure another term.

Other parties could force an election by voting “no confidence” in the government, but this is unlikely to happen now since Parliament is no longer sitting over the summer.

“At this point, [the decision] is all on Justin Trudeau and the Liberals,” Esselment said.

The reason Canada hasn’t been in the position of a possible snap election in recent years, is because it has usually been in a majority government situation, where even if all MPs from other parties voted “no confidence” in the government, the prime minister’s party would still have more votes.

Esselment listed hints that the Liberals will call a snap election in the fall of this year.

First off, MPs who are not running for their seats again, including Qaqqaq, were given time for farewell speeches on June 16, indicating the current government might not sit again when Parliament is scheduled to return in the fall.

The fact that the Liberal Party is currently polling well also points at it being a good time for the prime minister to call a vote.

When 1,500 Canadians were polled on how they would vote tomorrow if there was an election, done by Abacus Data, the Liberals were in the lead, with 34 per cent of respondents showing support , with the Conservative Party not far behind at 29 per cent. 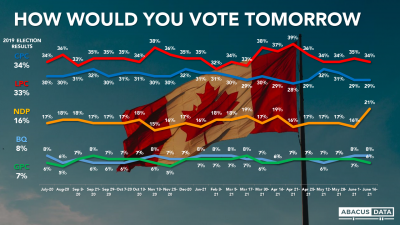 Abacus Data polled 1,500 Canadians on who they would vote for if there was on election tomorrow from June 10-16. (Data collection and Graphic by Bruce Anderson & David Coletto, Abacus Data)

Esselment said Liberal popularity could be related to the ongoing vaccine rollout and Canadians feeling optimistic about the post-pandemic future and indirectly, favourably towards the government.

In terms of what to look for through the summer, Esselment said if the Liberal party suddenly seems to be announcing a lot of candidates, it could be gearing up for an election.

If Trudeau appoints a new Governor General to fill the currently vacant position, it could also be a hint, since this would be the person Trudeau needs permission from to dissolve the current government.

In terms of candidates for Nunavut, Esselment said announcements could happen quickly at any point if an election is announced.

“It could be within 24 hours where all three parties are like ‘you’re the candidate,” Esselment said.

In 2019, Qaqqaq announced her candidacy at the last minute, so a late entry to the race wouldn’t be new to Nunavut voters.

Still, Esselment said “in the grand scheme of Parliament, [Nunavut] is still only one seat,” and parties could be focusing on getting candidates nominated in populous provinces like Ontario, Quebec and British Columbia which have many seats to fill.

There are 338 seats in Parliament and most parties try to field a full slate of candidates from across the country.

Esselment said as of about a month ago, the NDP had 83 nominations, the Liberals had 162 and the Conservatives had 250.

“The Conservatives are the most election-ready at this point,” Esselment said.

Esselment said in rural ridings like Nunavut, it can be difficult for parties to recruit candidates.

This might be because the local association isn’t very active or because people think a certain party has no chance of winning.

Intense vetting potential candidates have to go through could also be a point of hesitation, Esselment said.

“They dig into their finances, they want to know if they’ve ever had any brush with the law, they get access to their social media.”

In her farewell speech, MP Qaqqaq said she experienced racism in the workplace and didn’t feel safe or listened-to in the House of Commons.

Eseelment said Qaqqaq coming forward with this experience could deter others from wanting to be in the same position, but said she is not an expert on how people of colour or different genders may react to this, so she can’t say for sure.

Esselment said it may also encourage parties to find better ways to support their MPs so they don’t lose good potential candidates.