WWF warns of likely fuel spills if mine expansion goes ahead 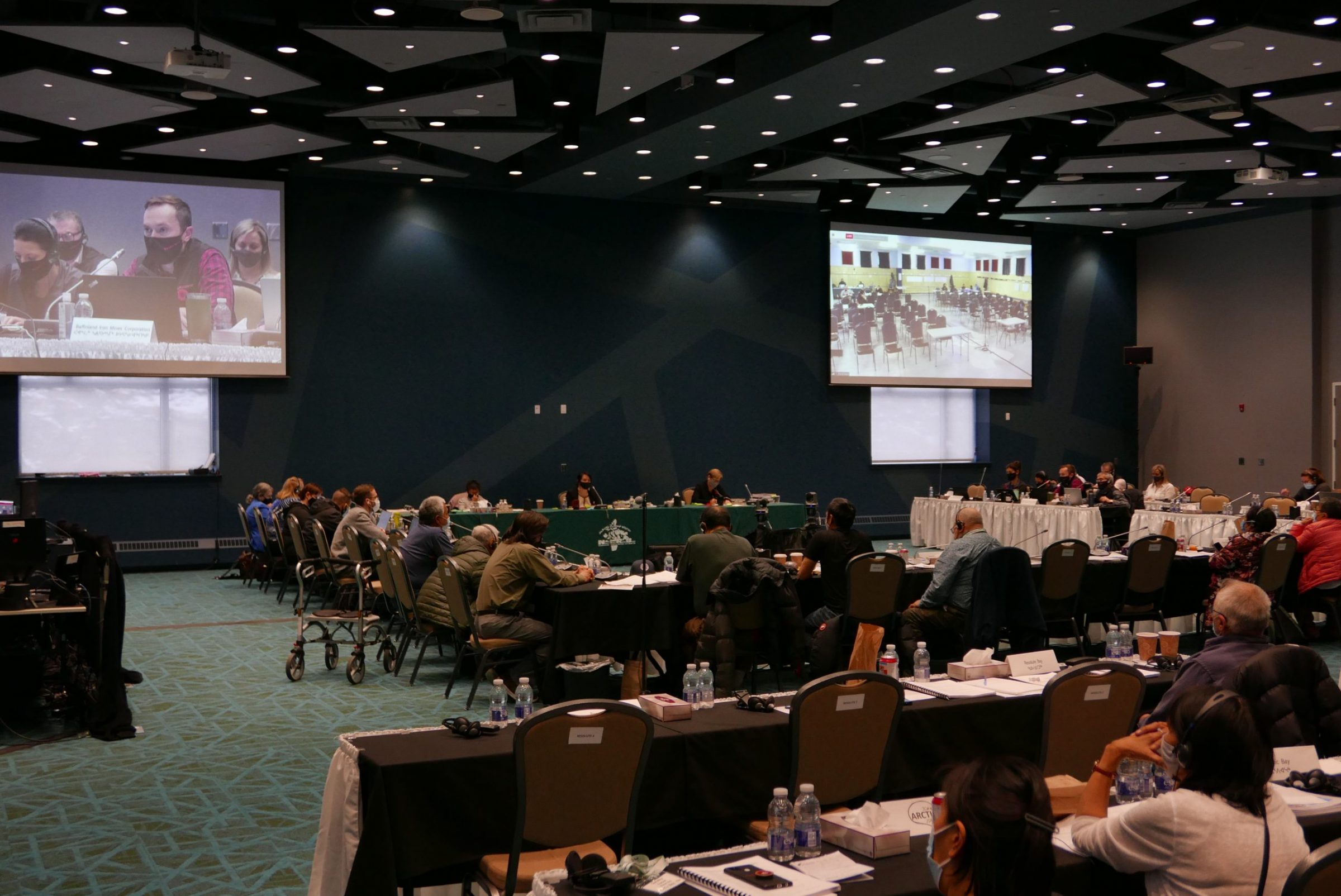 Baffinland Iron Mines Corp.’s proposed expansion of its Mary River iron mine doesn’t necessarily mean there will be an increased likelihood of fuel spills, says the chairperson of a hunters organization.

Moses Oyukuluk, chairperson of Arctic Bay’s Ikajutit Hunters and Trappers Organization, spoke during the community roundtable of the Nunavut Impact Review Board’s hearing on Friday, following a discussion about the high probability of an oil spill.

“We don’t believe that,” Oyukuluk said.

Oyukuluk took time to thank Baffinland for its help and for offering employment to Inuit but said he wants the company to slow down its expansion proposal and do more research.

“Ease your eagerness to continue on with Phase 2. Just hold back a bit; don’t stop your operation,” he said. “We need to see better plans in place, more research including traditional knowledge.”

Earlier in the hearing that resumed Monday after a six-month break, World Wildlife Fund marine shipping expert Andrew Dumbrille said there is a 93.5 per cent chance of a fuel spill by ship over the life of the Mary River mine, if Baffinland’s expansion proceeds.

WWF got the figure by looking at the probability of different types of fuel spills by different vessels and comparing it to the number of transits Baffinland’s expansion would see.

That number includes fuel spills of all sizes — including small ones — and are most likely to be minor, said Dumbrille.

“The damage that even minor spills can have on the environment is cause for concern,” Dumbrille said in an email to Nunatsiaq News, adding that the spill would consist of heavy fuel oil. It’s a tar-like, inexpensive fuel widely used in shipping. Because of its thickness, it breaks down much more slowly in Arctic waters than other fuels.

The NIRB hearing, underway in Iqaluit, is focused on the company’s plans to build a 110-kilometre railway and double its iron ore shipments to 12 million tonnes a year through the Tallurutiup Imanga conservation area. In-person meetings are scheduled to end Saturday.

Lou Kamermans, a Baffinland senior director, said Dumbrille’s statements were misleading because it alluded to the spill being a “catastrophic” one.

The company has three tiers for oil spills: those that can be cleaned with supplies on the ship, others that need equipment from the mine site, and another category where the company needs to hire a firm to clean it, spokesperson Stuart Weinberg wrote in an email.

Transport Canada will oversee Baffinland’s spill responses, Weinberg said, though, there have been no spills to date.

Dumbrille said any spill would consist of heavy fuel oil, which is “more damaging to the marine environment if spilled than any other type of fuel.” It also produces the most black carbon – or soot – emissions.

Kamermans said the emissions are a concern, but that the company has made an agreement that its ships will run on a lighter fuel upon entry of Eclipse Sound.

Ships burning heavy fuel oil can leave soot on nearby snow and ice, but Baffinland only ships ore during summer and fall, when there isn’t much snow on the land and ice is just starting to form, Kamermans said.

Oyukuluk said he wants there to be more conversation about whale stocks, and to find out if shipping is truly the main cause of animals leaving the area. If so, he wants shipping to decrease.

“As to why our whale stocks are depleting — I think the answer is, perhaps, Baffinland should use less ships to transport the iron ore,” he said.