Young Nunavut man gets four years for shooting at police 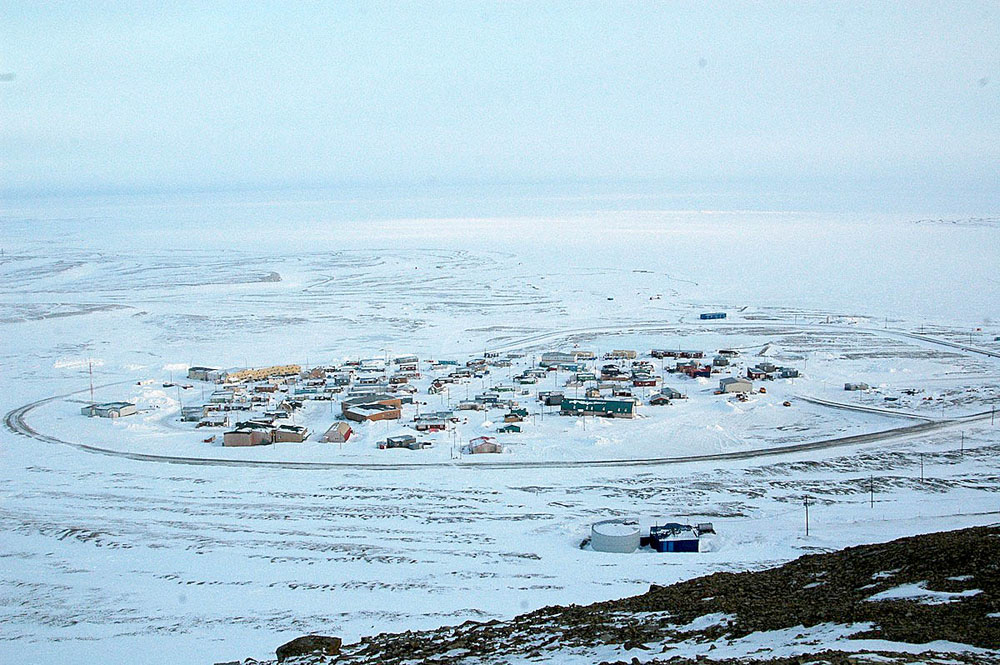 A young man from Resolute Bay must serve a four-year prison sentence, minus 327 days’ credit for time served, for firing a rifle at RCMP members during a dangerous armed standoff last year. (FILE PHOTO)

A young Resolute Bay man who exchanged gunfire with police, and later resisted arrest after using Facebook to announce a suicide attempt, must get a four-year prison sentence minus time served, Justice Susan Cooper ruled in a judgment released this month.

Sheldon Oqallak, then 18, had been involved in a dangerous armed standoff with police on June 14, 2017, an incident that resulted in a lockdown in Resolute Bay that day.

Distraught over the death by suicide of a former girlfriend who was also the mother of his two-year-old daughter, Oqallak, who had been drinking with his current girlfriend, became suicidal himself, Cooper said.

So he took a rifle from a closet and loaded it. But his sister took it away from him, removed the bolt, and hid it in the laundry room. His girlfriend also left.

Oqallak grabbed another rifle, a .22, and began walking around the house threatening to kill himself.

That prompted his sister to leave and alert the police. But his two-year old child remained in the home and stayed there throughout the exchanges of gunfire that later ensued.

When they arrived, two RCMP members tried to enter the unit to arrest Oqallak, but he retreated to a bedroom and grabbed a rifle that was lying on a bed.

The police officers backed off through the porch, and one RCMP member took a carbine rifle from a police truck.

At one point, Oqallak walked onto the exterior steps of the residence and put the rifle under his chin, threatening to kill himself.

After a police officer drew his pistol and tried to talk to the young man, Oqallak continued to say he wanted to kill himself and returned inside the house with his two-year-old daughter.

Half an hour later, Oqallak reappeared and fired two shots, while the police took cover behind their vehicle. Oqallak’s father, who had tried to talk to the young man, had to be removed from the area for his own safety.

Later, Oqallak came out of the residence and fired shots, including at least one round directed at the RCMP member carrying the carbine. The officer fired one round in return, but no one was hit.

One of Oqallak’s relatives arrived, but had to take cover behind one of the tires of the police vehicle, where he remained until the incident ended.

Meanwhile, the fuel tank of a nearby house was struck by a bullet and started leaking fuel.

Later, investigators found six shell casings outside Oqallak’s residence and one in his bedroom. They also found a spent casing from the shot fired by the RCMP member.

In one of his Facebook posts, the young man wrote “I shot towards the cops,” Cooper said in her judgment.

About three hours after the police were alerted, the young man, facing firearms charges, surrendered and was released on conditions following a show-cause hearing.

But about nine months later, on March 11, 2018, Oqallak once again became distraught and posted disturbing messages on Facebook.

That included photos of himself with a noose around his neck.

“Quite understandably this caused concern for many people and the police were contacted,” Cooper said.

Police found Oqallak near the Resolute Bay arena with the noose around his neck and the other end of the rope attached to a railing.

When they tried to take him into custody, Oqallak “flailed” against the police and resisted arrest, Cooper said.

After looking at a series of relevant Nunavut cases involving shots fired at police officers, Cooper imposed a prison sentence of four years on Oqallak for discharging a firearm while being reckless about the life or safety of another person.

That’s equal to the four-year mandatory minimum sentence set out in the Criminal Code for that offence.

In doing so, she said she was influenced by the decision that Justice Paul Bychok made in 2017, when he sentenced Jamie Mikijuk to four years for an armed standoff that paralyzed the Happy Valley neighbourhood of Iqaluit for three days in April 2015.

However, Cooper gave him credit for time served in custody waiting for the case to be dealt with, equal to 327 days, which means Oqallak had slightly more than three years of prison time left to serve as of the time of sentencing.

She also sentenced him to 30 days for resisting arrest and 15 days for breach of probation, stretches of time that are to be served concurrently with the longer sentence on the firearms charge.