Best part was ‘the air going in my face when they went fast,’ says Jayko Kilabuk, 11 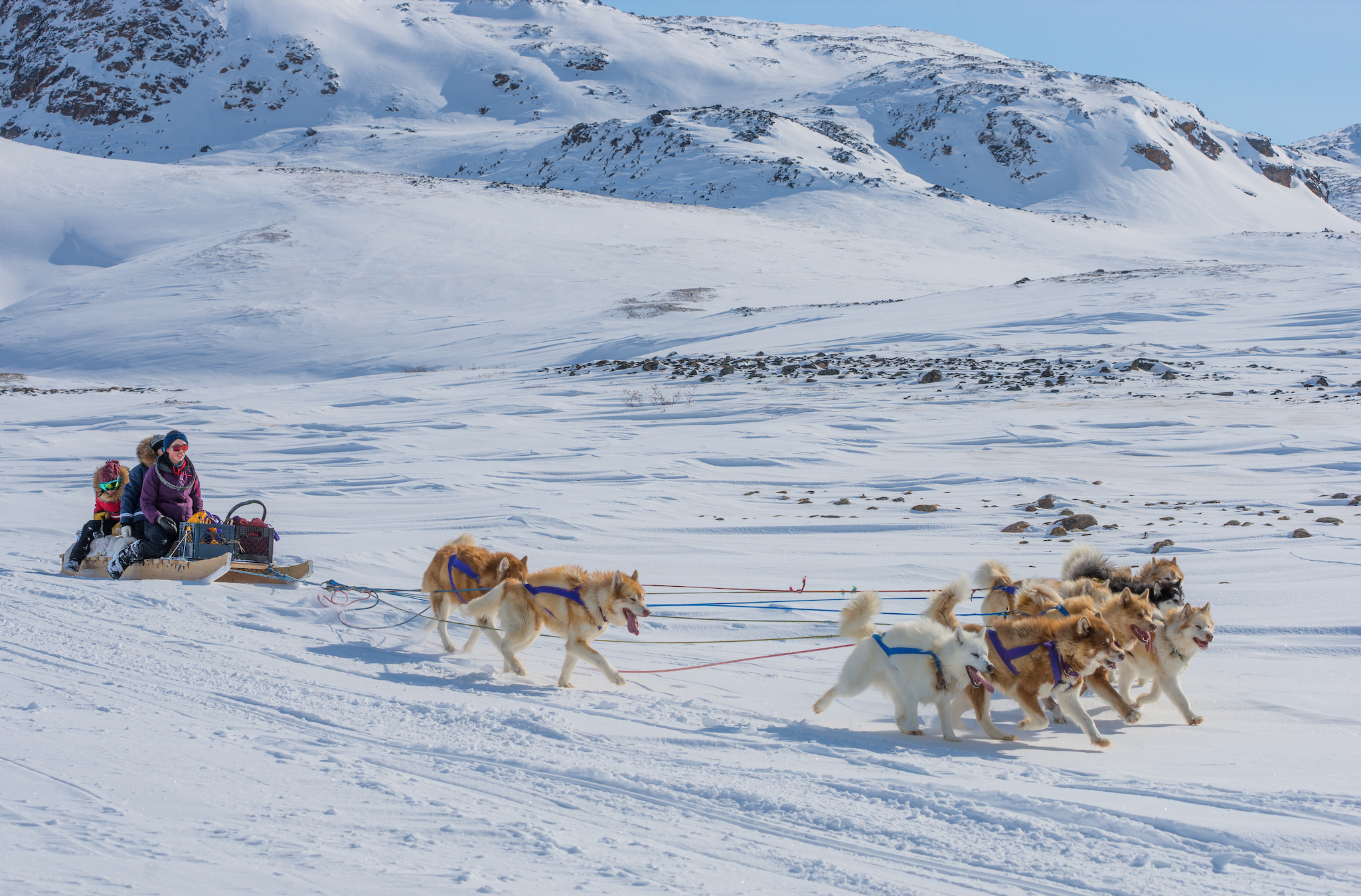 Just his second time dogsledding, 11-year-old Jayko Kilabuk mushed on his own during a 150-kilometre trip from Iqaluit to Kimmirut over spring break.

He was one of nine youth between the ages of 9 and 15 who completed the voyage through canyons and over hills between the two communities. Some did the entire 300-kilometre round trip.

It was organized by Jovan Simic and Annie Cyr-Parent, using funds from a $100,000 Arctic Inspiration Prize win in 2019.

The youth made the trip with two dog teams.

“The best part was probably the air going in my face when they went fast,” said Kilabuk, who lives in Iqaluit.

He said the dogs were going 20 to 30 km per hour at times. That meant it was important to learn how to use the brake and how to give the dogs commands, like left, right and focus.

To prepare for the trip, “I had to get a lot of sleep for sure … and I had to pack a lot of extra socks,” he said.

Kilabuk said the dogs are very smart and cautious, and his favourite is named Maju.

“When they go on the ice and they start running … It makes kind of a silly sound … like when reindeer feet are on the ice,” he said.

Napatchie Lyta, Kilabuk’s mother, said most of her family lives in Kimmirut and her grandfather used to travel by dogsled.

“I wanted him to experience what his great grandfather had to do to travel,” she said. “I’m super, super proud.”

Lyta said she was nervous for her only son to go on such a long trip, and did cry a bit, but they were able to talk by satellite phone every night.

After Kilabuk completed the trip to Kimmirut, he spent two days in town before taking a chartered flight back to Iqaluit with other group members. 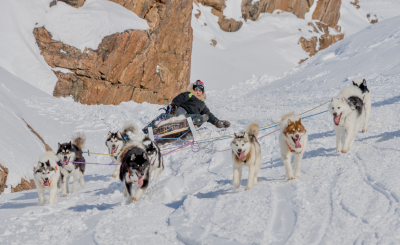 Jayko Kilabuk is pictured here dogsledding by himself on the Kimmirut trail. (Photo by Jovan Simic)

Jenny Salluviniq, 14, is one of the teenagers who flew into Kimmirut on the charter, then dogsledded the way back to Iqaluit.

She flew from Resolute Bay to take part in the trip and said she was surprised to see willow trees peek through the snow in that part of Nunavut, but one of the trip highlights was going through the canyon.

“That was pretty fun but scary … I think I fell off a few times,” she said with a laugh.

Leetia Eegeesiak, 15, was one of the more experienced members of the group, having helped with the dog team for about three years.

She completed the entire nine-day trip from Iqaluit and back, on a sled she built at school with her friend Kayla Qamaniq, who did the return trip.

“It’s not as fast as a snowmobile,” she said of the experience. “You get to observe the landmarks and can just enjoy the ride.”

Eegeesiak was introduced to do sledding when she was 12. Her neighbours are organizers Simic and Cyr-Parent, and it was them who asked if she wanted to help out with their dog team.

Leading up to the trip, the participants’ parents and other volunteers set up a dome tent and cached supplies like dog food and fuel along the trail.

They also cooked meals like pancit noodles, caribou stew and 200 bannock sticks. Cyr-Parent said one of the kids’ moms made parkas for two of the young dogsledders. 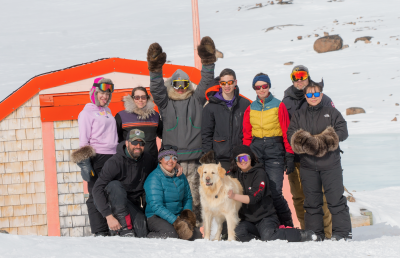 The group slept in emergency shelters and cabins along the trail. On one particularly stormy day with low visibility, they decided to stay a second night in one cabin, but overall they lucked out with amazing weather, said Cyr-Parent.

As much as possible, the adults tried to supervise the young mushers from a distance, providing support from the snowmobiles, which were also used to carry supplies.

“The kids love dogsledding and with some of them, you could see a real natural talent with the dogs,” she said, adding that on average, they spent between three to six hours per day dogsledding.

Once in Kimmirut, the team was given seal to feed the dogs, which is a good source of energy, Cyr-Parent said.

The group overnighted at the school in Kimmirut, as they rested from the long trip, and explored the town — including trips to the store for slushies.

“The school was amazing, the principal, the teachers … they made us breakfast in the morning,” Cyr-Parent said.

While the students on the trip were on spring break, the kids in Kimmirut still had school, so they joined in on gym class and made new friends.

“Some kids came to the airport to say bye, it was really cute,” said Cyr-Parent. “One of the kids gave a care package to another kid.”

This was the longest trip Cyr-Parent and Simic have done a with a group of youth — including two of their own.

“I think it would be really cool to do it again and give that opportunity to other kids,” said Cyr-Parent.