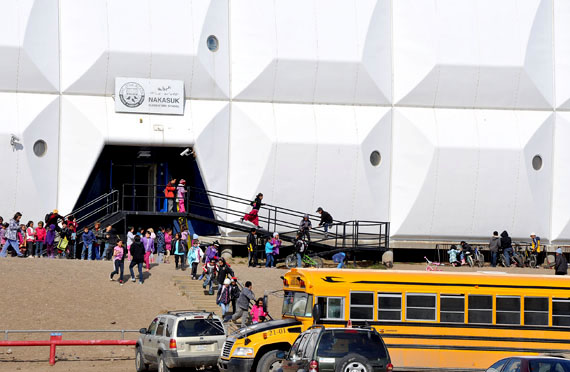 A group of academics who work at universities across southern Canada says that the Government of Nunavut’s proposals for Inuktut language development may violated the United Nations Declaration on Indigenous Rights. (FILE PHOTO)

In an open letter to Premier Peter Taptuna and Prime Minister Justin Trudeau, a group of Canadian academics has sounded the alarm over what they call a “language crisis” in Nunavut, triggered by the territory’s newly-tabled amendments to the Education Act.

The group of 16 academics, who include anthropologists, linguists, educators and social researchers, demand that the Government of Nunavut revise on those plans and instead beef up its spending on Inuktut-language education across the territory.

“Bill 37 would remove the right to K-12 schooling in Inuktut, replacing it with a much delayed and watered down right to a ‘majority of instruction’ in Inuktut, and only from K-9,” the group wrote in an open letter to the GN and federal senators, written March 16.

“Perhaps as troubling, the Government of Nunavut has offered no plan to meet even this goal.”

The letter alleged the proposed amendments are a breach of international human rights case, given the United Nations Declaration on the Rights of Indigenous Peoples is supposed to guarantee Indigenous people a right to education in their own language.

One of the letter’s signatories is Fiona Walton, a retired professor of education at the University of Prince Edward Island, where she used to coordinate a Master of Education program in collaboration with the GN. Between 2006 and 2013, that program saw 38 Nunavummiut graduates.

“There have been tremendous gains in developing Inuit teachers,” she said.

But the territory’s flagship training program, the Nunavut Teacher Education Program, must strengthen its model, she said, by offering a wider range of courses, made available in the communities and launch a vigorous recruitment campaign at attract new students.

While the letter urges the GN to take action on bilingual education, Walton and her colleagues say Nunavut cannot do all this alone—much of the pressure should be applied to the federal government to make good on its commitment to reconciliation.

The group calls on Ottawa to re-think how its finances education in the official language of Nunavut’s majority—Inuktut—to provide support “commensurate with the challenge at hand.”

“I think it’s time to ramp up, with reconciliation being on the horizon so clearly,” Walton said.

“The Inuktut language carries incredibly valuable Inuit knowledge,” she said. “The depth of the loss is often only realized later.

“If there’s no movement, it will be swept away.”