Another Nunavut community says its people are in crisis

“We are in desperate need of help with mental health issues” 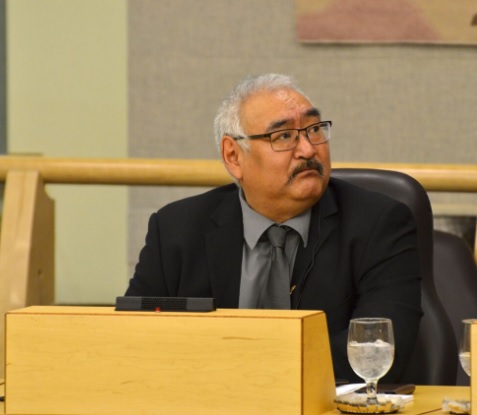 While Pangnirtung has responded publicly to the urgent health needs of its youth, another Nunavut community has quietly asked the territorial government for help with its own mental health crisis.

“The community sees that the mental health workers are overworked and therefore not able to meet all of the needs of the community.

“Clients are becoming violent in homes that are already overcrowded and children, elders and special needs people are being affected by this violence,” Sallerina said.

“There has been a tragic increase in suicide as well as assault with a deadly weapon, two of which have ended in murder.”

Sallerina then pointed to a more recent incident, when a mental health patient had to be subdued and medevaced to Yellowknife because of the danger he posed to himself and others. Sallerina said the man was not getting support to take his medication.

Although the letter was written last month, it was only made public May 24, when Gjoa Haven MLA Tony Akoak tabled a copy in the legislative assembly.

In the letter, Sallerina also mentioned wanting to fill a paraprofessional position, which refers to the GN’s pledge to hire a number of local mental health outreach workers across the territory over the next two years.

Nunavut’s Health Department has so far filled two of these positions, while a spokesperson said it’s in the process of reviewing “resumés from various communities.”

In the meantime, Sallerina urged Angnakak to visit the community to see the issues in person.

“I am asking you to come to Gjoa Haven and speak with our council about the needs of our community, ” he said.

The community specifically wants to see the creation of an “outpatient facility that could help monitor, counsel and manage mental health patients with their day-to-day living,” said Sallerina.

Akoak raised the issue with Angnakak May 24 in the legislative assembly.

“Yes, I have seen the letter and we are in the process of responding to it,” Angnakak said.

“I can commit to visiting the Hamlet of Gjoa Haven; I would love to do that.”

Angnakak has yet to set a date for her visit, but said she’ll coordinate the timing to ensure Akoak can be there.

Earlier this month, the hamlet of Pangnirtung decided to make its own problems public, when it asked for support to deal with a dozen recent suicide attempts among local youth.

Since then, the GN has flown in a crisis team and an extra mental health worker, while the local schools brought in an anti-bullying group and asked local elders to talk with youth about mental wellness and resilience.