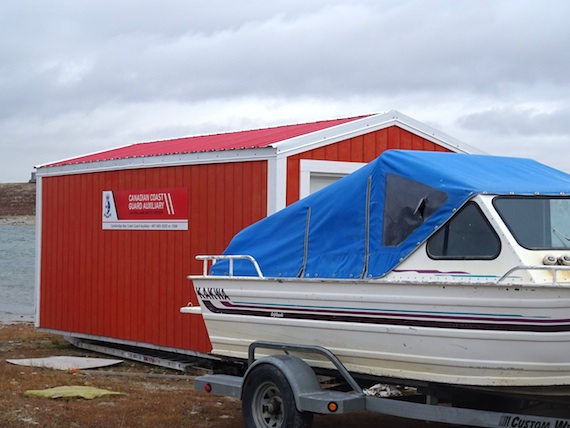 The new Oceans Protection Plan promises to create a Canadian Coast Guard Auxiliary, which already has a presence in Cambridge Bay, for the Arctic. (FILE PHOTO)

To that end, the Canadian Coast Guard’s icebreakers presence in the Arctic will be extended earlier and later in the season, the plan says.

And a Canadian Coast Guard Auxiliary for the Arctic will be created.

And it calls for eight new community response boats, a backgrounder on the oceans protection plan said.

As well, the oceans protection lan will improve the northern operations of Canada’s national aerial surveillance program because, the backgrounder said, internationally, aerial surveillance is considered the most effective method of detecting oil spills.

The oceans protection plan will cost more than $1.5 billion over five years, starting in 2017-18.

It will also put money into research into the impacts of increased shipping on marine ecosystems.

The oceans protection plan reflects some of the input from a recent Arctic marine safety review.

That looked at whether key federal departments—Transport Canada, Environment Canada and Fisheries and Oceans Canada (including the Canadian Coast Guard and the Canadian Hydrographic Service)—adequately support safe marine navigation in Canadian Arctic waters.

The answer was a clear “no.”

The report also found that no federal department had developed a co-ordinated strategy aimed at improving marine safety in the Arctic.

And it came down particularly hard on Canada’s aging and inadequate fleet of Canadian Coast Guard icebreakers, which are usually looked on to provide help for search and rescue operations, environmental response, aids to navigation, fisheries enforcement and science in Canada’s Arctic waters.

It also determined that many higher-risk navigation areas of the Canadian Arctic remain inadequately surveyed and charted.

“The $1.5 billion Oceans Protection Plan unveiled today will make Canada a world-leader in marine safety and takes a powerful step toward co-management of our coasts with Indigenous and coastal communities, together making sure they remain healthy, clean, and safe for generations to come,” Trudeau said in a Nov. 7 government release on the plan. 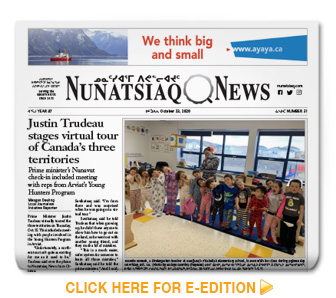