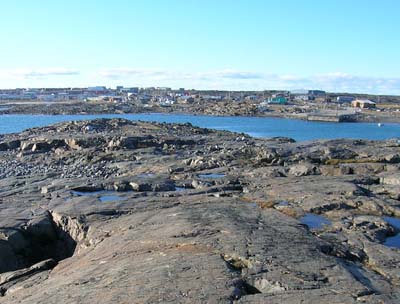 On Nov. 3, the Government of Nunavut lifted a boil water advisory for Whale Cove that had been in place since late June. (PHOTO COURTESY OF HAMLET OF WHALE COVE)

The Kivalliq community has seen coliform bacteria in its drinking water source over the last few summers, prompting the government to issue repeated warnings for community members to either boil water before consumption or use bottled water.

The Government of Nunavut issued this year’s advisory in late June, which stayed in place until the Health Department indicated in a Nov. 3 release that the community’s tap water was once again safe to drink.

Typically, the levels of coliform in Whale Cove’s drinking water source drop over the winter months.

The source of the bacteria in Whale Cove’s water remains unclear.

Hamlet officials have said it could be caused by heavy rains in the spring months, which were thought to have possibly contaminated the community’s water source, a lake just outside the village.

Other testing suggests it could be bacteria transferred from an outcrop of rocks surrounding the lake.

To fix the issue in the short term, the federal and territorial governments announced in August a $500,000 temporary water treatment unit for Whale Cove, which was set to arrive in the community by sealift at the end of October.

But as freeze-up on local lakes tends to happen this time of year, the hamlet said it would have to wait to install the new unit in the summer of 2018.

Whale Cove residents with questions about water quality can call their regional environmental health officer at (867) 645-8071.