Get out your ulus: Liberals to spend on country food harvesters 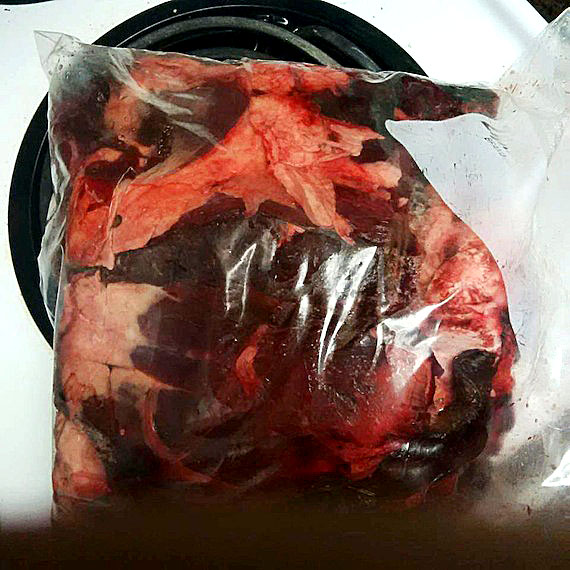 Here’s a photo of caribou ribs up for sale on a Nunavut “swap and sell” Facebook page in 2014. Finance Minister Bill Morneau said his Liberal government wants to use Nutrition North Canada to help country food harvesters, starting April 1, 2019.

Finance Minister Bill Morneau made a vague reference to the change on Wednesday, Nov. 21, in his fall economic update speech in the House of Commons.

In it, he said that his Liberal government has “been working with local residents” to improve Nutrition North to “create better access to affordable food and to make the scheme transparent, effective, and accountable to northerners and other Canadians.”

But the specific details are buried on page 41 of a 158-page backgrounder document released alongside Morneau’s statement.

It says that starting on April 1, 2019, Ottawa will spend $62.6 million more—about $12.5 million a year—over the following five years on Nutrition North Canada, and $10.4 million per year thereafter.

They’ll use the money, following consultations, on “several program changes,” one of which is the creation of a harvesters support grant.

There’s no information on how the harvesters support dollars would be used and doled out, but the federal government does say its purpose is to “help lower the high costs associated with traditional hunting and harvesting activities.”

The federal government also gives no information on the other program changes they’re contemplating.

The harvesters support money is not unexpected. In an interview with The Hill Times published on Oct. 31, LeBlanc said his government has been looking at ways of improving access to country food.

“We are also looking at options to improve access to local country/traditional foods as we support community driven efforts to provide access to the production of sustainable local foods,” LeBlanc said in the Hill Times interview.

In mid-October, LeBlanc told the CBC radio political affairs show The House that the Liberal government was looking at making an announcement on Nutrition North in the “coming weeks,” followed by a later announcement on its financial structure.

NNC works by providing retailers with per-kilogram subsidies on designated lists of nutritious, mostly perishable foods, and some other items, shipped by air from southern supply centres to northern communities.

It’s available to big entities like North West Co. and Arctic Co-ops Ltd., as well as to numerous southern retailers, such as The Northern Shopper in Ottawa, which prepare food orders for individual northern customers.

Right now, NNC serves 122 Indigenous and non-Indigenous communities located in three territories and six provinces, at a cost of about $80 million a year.

That means the new announcement would increase its cost to more than $92 million a year after April 1, 2019.

The last major change to NNC was announced in July 2016, when the Liberal government expanded the program to 37 additional communities.

Nunavut’s independent MP, Hunter Tootoo, said in a statement that he supports the changes Morneau announced and that he’s “pleased to see progress on a number of issues he has pressed the government on in the House this fall.”

“Extension of the 15 per cent tax credit for early stage mineral exploration to March 2024 is welcome news for Nunavut’s mining sector,” Tootoo said.

Another measure that could benefit Nunavut’s mining industry is a new provision that allows companies to get bigger tax write-offs on the depreciation costs of their equipment and machinery.