Newspaper recognized for its reporting, editorials, photography and design 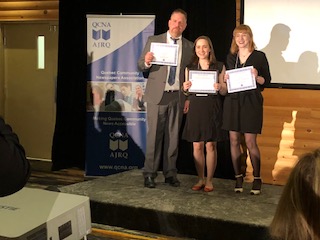 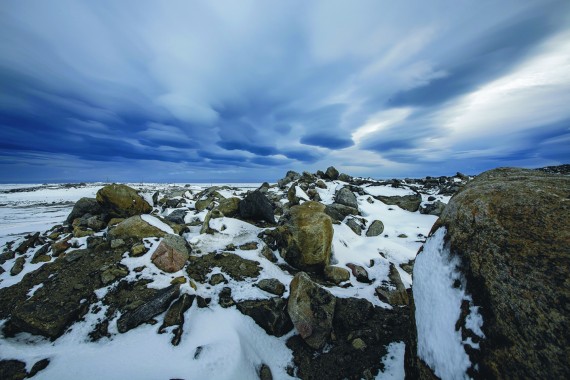 Nunatsiaq News reporters, photographers and a designer were recognized on Friday, June 8 at the annual Quebec Community Newspaper Association awards in Sainte-Adèle, Que.

Nunatsiaq News was nominated for 12 individual awards this year.

The newest addition to the Nunatsiaq News reporting team, Courtney Edgar, won first prize in the best news story category for a piece she wrote last year as a freelancer, in which she delved behind the stereotypes and statistics into the complex reality of homelessness and addiction.

“It’s great to get recognition for our efforts to deliver great journalism to Nunavut and Nunavik, breaking new ground to tell our readers about issues that don’t get covered elsewhere,” said Nunatsiaq News publisher Michael Roberts.

“The judges obviously agreed that we have a great editorial team, with depth in news, features, investigative journalism, editorials, photography and design. Our new reporters, Beth Brown and Courtney Edgar, deserve special recognition for winning prestigious awards so early in their careers.”

Here are the results from the ceremony on June 8:

• Editor Jim Bell was nominated for two awards this year. He won the Bob Phillips Award for Best Editorial for his description of the Inuit-Crown agreement and was runner-up in the best editorial (local affairs) category for his editorial about how the Government of Nunavut consistently struggles to develop a coherent policy on Inuit language education.

• Reporter Beth Brown won first prize in both categories in which she was nominated. In the best education story category, she came first for her piece on the public response to proposed legislation to delay full implementation of Inukitut-language instruction in schools and in the best feature story category, for her story about a day spent on a Canadian Coast Guard ship by 11 student mariners.

• Reporter Courtney Edgar won first prize in the best new story category for her story about the life and death of Lizzie Saunders in Montreal.

• Reporter Sarah Rogers received no fewer than three nominations. She won first prize in the best community health story category for her article about how the Nunavik health survey in 2017 was directed by a regional steering committee, who now own the survey data.

Rogers was also the runner-up in the best arts and entertainment story category about an exhibition of photographs taken and developed by Inuit women in Taloyoak in 1973.

• Steve Ducharme, a former Nunatsiaq News reporter and last year’s winner of the Paul Dumont-Frenette Outstanding Journalism Award, won in the best investigative reporting category for his story about the turf war over Franklin’s Terror.

• Andrea Gray, the newspaper’s senior production artist, was runner-up in the best front page category for the front page from Dec. 1, 2017, which featured a playful moment at a community feast alongside a serious news story.

Nunatsiaq News has its origins in Inuksuk, a not-for-profit newspaper that published between 1973 and 1975 in Iqaluit. Under the name Nunatsiaq News, the paper has served eastern Arctic communities in Nunavut and Nunavik since July 1975.